JK Rowling And Me 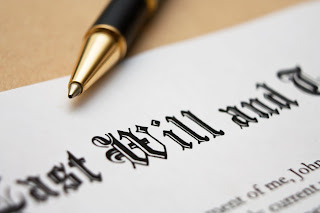 It’s a touchy subject in our house. It always has been. You see I kept my name when I got married. There wasn’t a hope in hell of me shedding my identity, especially as I work in journalism and have a bit of a reputation. Not like that! But people know me. Not to the same extent they know Victoria Beckham or Cheryl Cole though. Having built up a reputation in journalism or indeed any profession, I imagine it’d be suicidal to become Mrs Smith or Mrs Jones. But what if you’ve written a rubbish book which bombed with the critics and you suddenly want to lose the name ‘Betty Blooper’ and become ‘Camille Harrod-Windsor.’ The name change would work for you.

JK Rowling kept her name, just like me. After all, Joanne Murray doesn’t sound that flashy on the cover of a book (apologies to all Joanne Murrays out there, authors or otherwise!) I'm sure you'll agree that the moniker JK Rowling has a bit more magic to it. And from the publisher’s point of view it was probably fundamental to the success of the book. It’s my understanding that young boys would be reluctant to read sci-fi or fantasy written by women novelists. I could be wrong though – do they even look at who wrote the book?

A reputation is something which our predecessors didn't have the freedom to enjoy. In the 18th century many female writers wrote under male or gender neutral pseudonyms to ensure they’d be taken seriously. George Eliot is perhaps the most famous example and is the creator of ‘Silly Novels by Lady Novelists.’ Then there’s S.E. Hinton (The Outsiders and Rumble Fish) and P.D. James. I recall reading The Outsiders after seeing the movie and thinking S.E. Hinton was a young man. I was wrong.

I think we ought to thank these women for standing up for literature and letting the outside world know that our books, several generations on, are just as engaging as those written by men. I often wonder why Lily Allen changed her name to Mrs Cooper. Such a talented songsmith has an international following and she gave that up following her marriage. Thank goodness it’s 2011 and times have changed, is all I can say, otherwise this post would have been written by a certain Jullian McDade.

I didn't change my name again after returning to my maiden name after my first marriage broken up. My much beloved is quite happy for me to be me, but my new father-in-law doesn't understand why I don't use his name. I asked my much beloved if he would change his name to mine and he said no. So I said why do women have to give up the name they were born with?

I'm me and I shall remain so until I decide otherwise.

I recall an argument that the 'maiden name' is only the name that your father gave your mother. The most important thing though is to have a name that you have chosen, wherever it's from.

I took my husband's name. However I would imagine that publishers would want me to publish under something else - if I ever get that far - cos my name is way too common. ;-)

I knew a lot of journalists who hyphenated their names when they got married.

I try not to use a surname at all unless it's totally unavoidable. Whenever I'm asked my name I say "Freda Smith" (well I don't - I use my real name of course!) and when they say "Is that miss or mrs?" I say "No. It's Freda"

Causes chaos. The computer insists on something. WHY?

I actually get letters from one company addressed to Freda Freda Smith because 'the system' can't cope with independent women.
/rant

It's astonishing that we are still discussing this, in 2011. Surely women can do what they like with their names? We are who we are - if we want to change them, then fine. If - for whatever reason - we keep them, then that's fine too.

Derek makes a good point alright, but I feel the name I was born with is a lot more mine than a name I take on twenty- or thirty-odd years later.

I choose to use my birth name and will even if I get married. The reason why is that I was named after my father's mother (we have the same birth-name, first and last) and she was an inspiring and courageous woman. I feel honoured to carry her name and I consider my decision to go on using it a choice :)

I remember once seeing a minor actress with a few strong credits change her name from one fairly unmemorable surname to another. She also has a very common first name. It struck me as quite a silly thing to do because she lost all of her name recognition and didn't gain anything as neither surname was especially notable!

I kept my name, but when our daughter was born she had her father's surname and oh, how much confusion that caused back in the day, 27 years ago, having a mother and child with different surnames (very common now)so I tacked the names together and our daughter adopted the same. I write under my original anme and a pseudonym.

Jo didn't keep her name. She married after the 4th HP book had came out so the books are still published under JK Rowling but her name is Jo Murray.

Glad this has sparked a good debate!

Married twice. Never changed my name. Never even considered it. I wouldn't want a sport a man's name any more than I'd want to wear his underpants!

Ellen - well said.
Muvva - a woman can make some men's clothing look sexy, but the reverse is rarely the case!