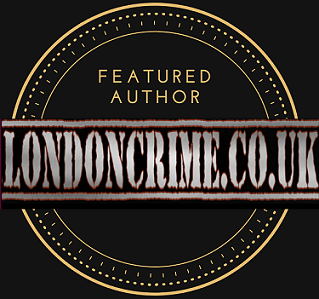 Ask any novelist and they will tell you that creating a novel is a process. It will differ from writer to writer and the first separation into camps is whether one is a plotter or a pantser (as in ’seat of the pants’). The distinctions between writers continue from then on, like fault lines, to plot vs. meaning vs. character vs. genre. And when I say versus I really mean whichever is uppermost in a novelist’s mind when they pick up a pen.

This is another side of the process and that’s less about what ends up on the page and more about what happens internally.

There is, for example, a familiar curve that could be likened to Elisabeth Kübler-Ross’s five stages of grief:

Denial – “This is such a great idea and no one has ever thought of it.” “This will make me a million.”

Anger – “Why is this so bloody difficult?” “Why is everyone else doing better than me?” “Why aren’t I better at this?”

Bargaining – “If I lose the scene with the elephant* maybe I can make this chapter work.”

Depression – “I. Hate. This. Book.” “All those hours and this is what I have to show for it?” “Why is this book so different from my initial premise?” “How will I ever get this agented / published / read / reviewed?” “I am a terrible writer. I’ll never be as good as [insert chosen author’s name here].”

Acceptance – “This is good enough (for this draft at least!); besides, I’d rather write something else now.”

Does creating fiction teach us about inspiration, resilience, networking, symbolism, navigating the subconscious, and – ultimately – ourselves? Maybe, maybe not. As a good friend of mine is wont to say: your mileage may vary.

There is another angle that might be fruitful, looking at the elements of novel writing (and beyond), and relating them to the everyday business of living.

With that in mind, let’s play with some ideas…

What is your narrative?

Who is your protagonist?

Usually, it’s you. But not always. Caregivers, for example, may feel the need to put someone else centre stage. That situation aside, if you’re not the protagonist then whose story is your life about?

Who is your antagonist?

If something or someone stands between you and your goals (happiness, serenity, love, adventure, etc.), name them.

The editors in your life are driven to make corrections. They’re a great asset if you haven’t completed something but not so useful when everything is done. If that’s the case they become Captain Hindsight.

The reviewers are great for telling you what they like or dislike, and why. They’re not editors though, so don’t expect them to come up with solutions. That’s not their forte. The best reviewers are honest and constrictive, even if you don’t always agree with what they say.

* I removed it and it helped reduce the word count if nothing else.