It used to be said that there were no guaranteed routes into publishing, but self-publishing has driven a coach and horses through convention. Now, the process for turning a manuscript document into an ebook or a paperback is a straightforward one that pretty much anybody can follow.  My guest today is Joanna Larum, who is active in the publishing world as both a book reviewer and an author.

Joanna, you’re an author and a book reviewer, so to some extent you see both sides of the literary coin! When you are writing, does your experience as a reviewer influence the way you approach your own work?
I don’t think so. I’ve been writing for much longer than I have been a reviewer so I think all the bad habits were ingrained in me!

What was the inspiration for your latest novel, Martha’s Revenge?
It’s the third part in a trilogy about a family during the Great War. It didn’t start out as a trilogy but, like Topsy, it grew until I realised I couldn’t fit the entire story into one book. It began when I read a newspaper report from 1912 about two children who were killed by their parents in Middlesbrough. That was the seed and the story grew around it.

As a serial and published novelist, has your writing process changed over time?
I hope I’m more careful now than I was 40 years ago but it’s only in the last five years that I’ve published anything. Before 2014 I kept my writing to myself. I’m still not sure if it was a good idea to ‘go public’! 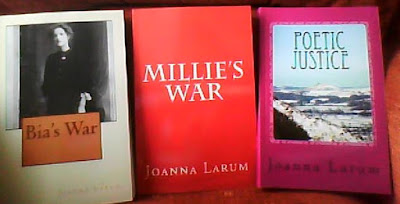 I think many writers are introverts at heart, preferring the company of their own creations. What started you writing in the first place?
I write because the stories keep jumping around in my head and I’ve got to write them down to stop them taking over.

Who are your favourite authors?
I enjoy modern day writers like Joy Ellis, Charlie Gallagher, and Gretta Mulrooney, plus earlier writers like Georgette Heyer, Barbara Erskine, CS Lewis, Tolkien, etc. Actually, I will read anything that has words in it.

Were books an important part of your childhood?
As a young child (pre-school) my older sister used to read stories to me but would stop reading them aloud as they got interesting because reading in her mind was quicker than reading aloud. By the time I could read, I had a mountain of stories to read to find out the endings! I only went to school to learn to read because I knew that everything else could be found in books and I could read about any subject. I left school at the age of 6 but my mother insisted on me going back, which I thought was a nuisance as I had a lot of reading to do!  I began my writing career at the age of 8, which was when I read a book with a poor ending and so I wrote what I thought was a better one.

I was a very picky eater as a child and my mother used to let me read while eating because then I ate more because I didn’t notice what I was eating. I read sauce bottles and cereal packets if there aren’t any books about. I used to read the Grocer magazine when all else failed and there’s not a lot in that for a child! (My parents owned a shop.)

Do you have a writing routine?
I start every morning, as soon as I’ve cleared the breakfast and cleaned the cats’ dishes and trays. I keep writing until I’m forced to do something else.

What do you think are the greatest challenges for modern authors?
The two that come to mind are advertising and getting readers to read your books.  If readers don’t know about your books, they can’t read them. There are so many wonderful authors whose books aren’t read because they get lost in the ether among so many others. 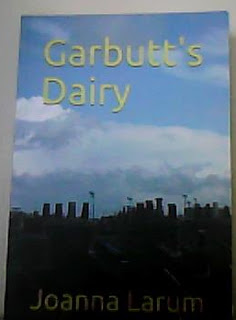 Do you choose your book titles at the beginning of the writing process or does each one emerge as the novel progresses?
I give everything I write a title from the beginning but, as I never seem to be in charge of the story, I often have to amend the title as I am writing the book. I've had some very bossy characters who have refused to do what I have planned for them and so Daniel's Way became Something Wicked This Way Comes.


Have you run ad campaigns for all your books, and if so did you follow a campaign plan?I've had ad campaigns for the last two books I have published. Before that, it was only what I managed to do on Facebook sites, which is rather limited without funding. I'm happy that the osmosis process seems to be working as each of my books seem to attract new readers as they come out but, of course, I'd love to be able to make a huge splash! That will have to wait until I win the lottery!


What book are you working on next?
I’m writing a teen fantasy fiction, which has been in my head for the last five years. I’ve also got to write my next historical book. The characters are ready and waiting for me. I need a few more hours in the day!

Where can we find out more about your books?
All my books are on Amazon, in paperback and as ebooks.
https://www.amazon.co.uk/s?k=joanna+larum&ref=nb_sb_noss_1

Have you written anything else besides novels?
No. I stick to my stories.

If you could go back in time and give yourself one piece of advice as a novice writer, what would it be?
Don’t listen to other people who try to put you off! And don’t always believe what you are told about the best way to publish your books!