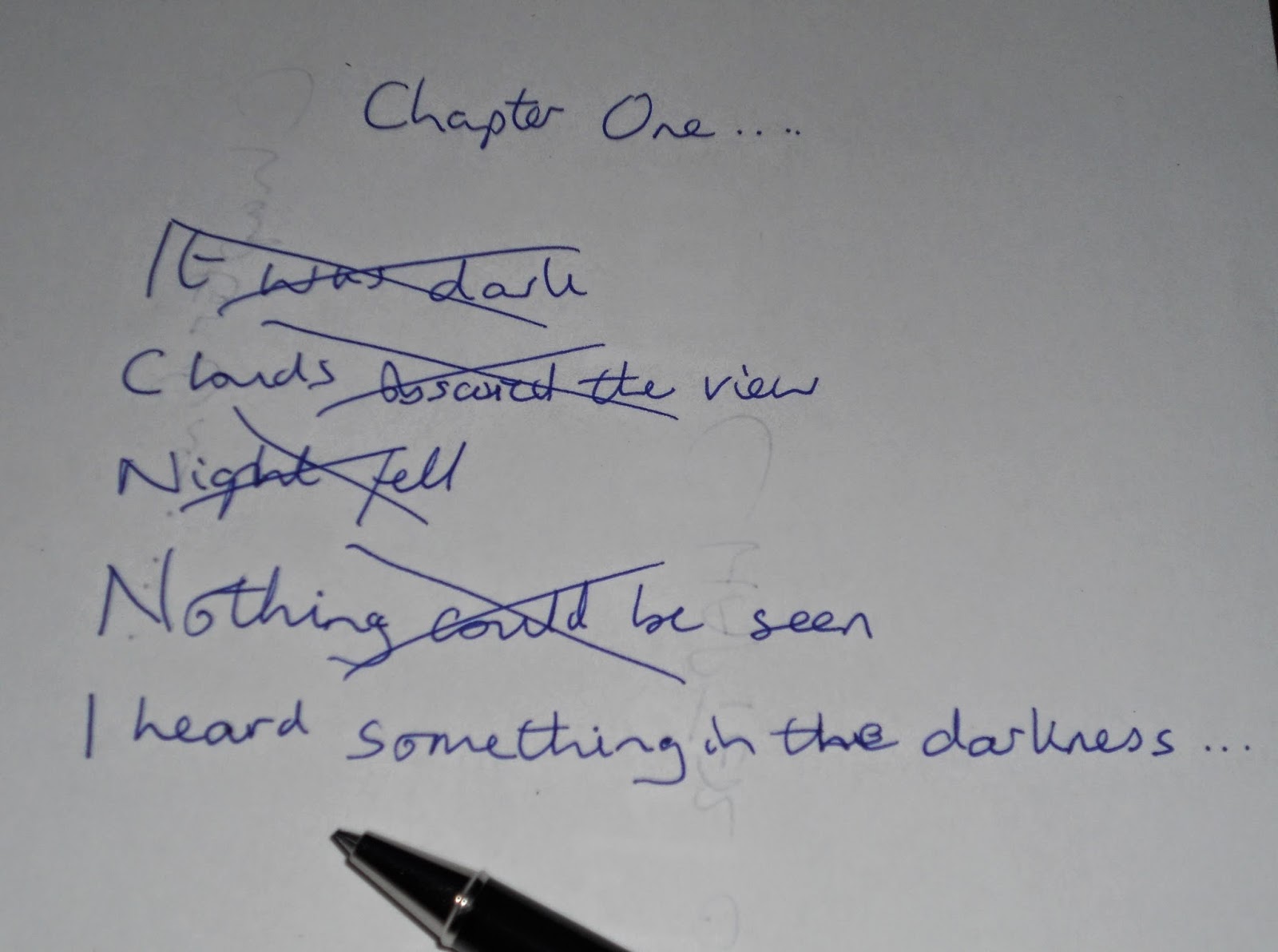 When Richard, a fellow writer, sent me a link for a free online fiction course from the Open University, he closed his email with the phrase 'Coals to Newcastle'. Yes, by now, I should have the building blocks of writing covered, but that doesn't mean I don;t have a lot to learn - or a thirst to learn it.

The course runs over eight weekly modules (we're at week three as I write this), each expected to take a minimum of three hours. There are video clips, audio clips and succinct observations and prompts on the practice of writing. It's fun to let go of novels published and unpublished (and, frankly, in need of writing) and just immerse myself in the cauldron of writing.

The prompts for writing are the things that every writer should be attuned to - but this writer hasn't been for a while: snippets from the radio or TV, things you hear in your day, or an emotion / situation. It's great to see beginners on the forum, gaining their confidence and receiving positive encouragement from more seasoned scribblers. It actually feels like a community - remember those?!

Here are the first drafts of three of my random writings, just for the hell of it.

1. Write about a writer who is in a difficult place to write.

"Do you mind?"
Of course he minded; he watched in dismay as his elbow recoiled and his pen skidded across the page. She didn't look round and he was grateful for that. Every word extracted required concentration - a feat of inspiration and dexterity. Every shift of a foot to regain his balance seemed to shatter his equilibrium. Another train stop and a brief reprieve as the hordes surged past him. A gulp of air, the pen held close like an amulet, and another wave of bodies oozing into the carriage - carrying with them a cacophonous scent of fast food, gaudy perfume and sweat. He nearly gagged, finding focus in his words. The train jolted forward; time to begin again. Chapter 2, line four.

2. Write about a writer who is in a good place to write. (The same train.)
Was it wrong to take delight in his discomfort? Maybe, but Margaret allowed herself a sigh that emerged into a smile, drawing her handbag close across her knees. On top of it, her notebook lay open. Oh, she could feel the person to her right, taking a look. The curved reflection in the glass opposite captured every furtive glance - nosey cow. Despite that - or maybe because of it - Margaret wrote with a flourish.

She captured the scrawled lines across the man's face, the way his short hung limply outside his trousers and the way he seemed to shuffle from foot to foot, as if eager to get back to the page. Mostly, though, she tried to imagine what he was writing, what secret worlds he was creating or revealing. She let him stream from her pen, entertaining nosey cow and herself.

3. Write a story prompted by a line heard on the radio.
This, I kid you not, was what Radio 4 had to offer to me: "...The FBI and other intelligence agencies."

Just a snippet; the tale end of something more significant, or sinister. But Tony had heard enough to send him scurrying away from the radio and back downstairs.

Every day the same ritual. He trusted Radio 4, relied on it to cast an augury for his day. If it was good news he'd venture outside, risk polluted air and the threat of contamination; take his money out in a clear plastic bag, in gloved hands, and navigate to the corner shop, avoiding the cracks.

If it was bad news, or anything that frightened him, he'd descend to sanctuary, open another tin of baked beans - the ones with the little sausages in that mum used to tell him were like the ones that real cowboys ate. He'd open a tin and put on his DVDs; sit there watching for an hour or more until he needed the toilet or he heard the letterbox rattle. Then, fortified by Bonanza or The High Chaparral, he'd feel brave enough to return upstairs and try to make something out of the day.

Playing with words can be liberating, much like playing with a box of crayons. If you approach the exercise without expectation or judgement, you might just remember why you got into all this in the first place.