Need encouragement? Never give up!

You've written your book. You have put in hours of love, labour and language. Now all you have to do is get someone to believe in it the way you do.

Remember you only need one door to open.

I met with many rejections while submitting proposals, and failure to get an agent was really discouraging. It was then I decided I would be my own agent and approach the publishers. For this, what you need is a one page query to send off and if the publisher is interested they will request a full book proposal. It really saves so much time to email a simple query. It also helps to have the name of the Publishing Director. And it helps to identify the genres which interest your chosen publisher.

A very good friend and columnist with The Sunday Times sent me a text saying, 'Persistence is everything.' During times of doubt I re-opened his text.

Think of all the great authors who met with rejection before becoming published. If you get rejection letters giving the same reason for the rejection time after time, it might be worth taking note and making ammendments but sometimes it may be just the wrong time in that particular place or the wrong genre for that publisher.

Remember you only need one yes. Maybe you are asking, 'well how do you know'?

I know because I've been through all the rejections and doubts. Any positive feedback you get from your rejection letter, keep it in your head for it will keep you going on the dark days.

There was one literary agent I contacted in London in the early days of writing my travel book and he told me that even though it wasn't for him it was 'publishable.' His words spurred me to keep going when all those manuscripts came back. That one straw made the difference between giving up and hanging in there.

It might surprise you to hear that George Orwell suffered rejection. Animal Farm was firmly rejected.
Stephen king had oodles of rejections for his Carrie novel but it didn't stop him. Lord of the flies was rejected by 20 publishers, one saying it was 'un- interesting rubbish and dull'. What would have happened if William Golding had listened?

J.K. Rowling may well have been discouraged as her book Harry Potter and the Philosopher’s stone was rejected by no less than 12 major publishers. Many offering the rejection letters were major publishers. Never underestimate the power of a small press. Never give up.

John le Carré, author of The spy Who Came In From The Cold was told he had no future by one such publisher. If he had listened this book would never have seen the light of day.

These are just a few authors who experienced the closed doors, only to find that one door opened and that was all they needed. Hang in there. It can happen swiftly and unexpectedly.

There is nothing like the joy of a book contract in your hand!

Posted by Gillian McDade at 20:30 No comments:

I get up again


I've often wondered why there's no eqivalent, positive alternative to 'suffering for one's art'. How about thriving? Or perhaps blossoming? (I draw the line at pleasuring for one's art because that just sounds plain wrong.)

Is the suffering essential? Certainly, artists of all persuasions can and do suffer. They experience fear, isolation, frustration, loss, self-doubt, crushing disappointment, rejection and sheer bloody unhappiness.

What do we gain from all that? Buddha suggested that the root of all suffering (apart from the human condition itself) is attachment.

When we insist that we and our work are appreciated, we're setting up an equation where we only have control at one end - the rest is a set of variables we may not even fully comprehend.

Suffering may bring about a deeper experience of what it is to be an artist, as well as of the art itself. But what about the audience? What does the reader think?

Personally, although I like to know an author's back story, I care little about whether they've lived in the street or in a mansion. (Okay, I'll be honest here and tell you that the mansion would bother me a little.) First and foremost, it's the writing that counts and not how they arrive at it.

So is there another way, an alternative to suffering? I certainly hope so! Don't misunderstand me, I think creativity is a serious business, in every sense. But surely it can be fun, exciting and fulfilling too?

I look forward to an interview where the writer, when asked about their approach to their craft, says: "I write for the joy of it."

For me, it all comes down to these basics, in the form of a handy cut-out-and-keep reminder:

We, as writers, can only really control three things: How we write, how we edit, and where we choose to submit our work. We have to let go and accept that everything else is in the lap of the Gods, while doing the things we can extremely well.

* A post inspired by a recent weekend where three novel rejections arrived together, like mournful buses!
Posted by DT at 07:30 No comments:

Debut novel up for US book critics award 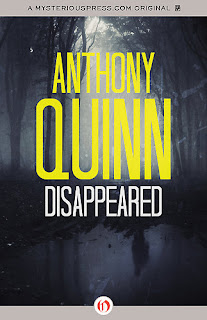 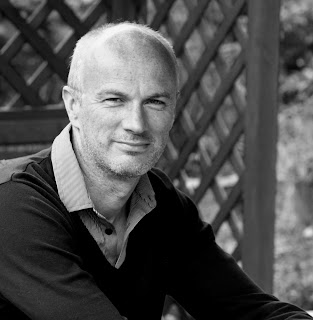 A DETECTIVE thriller written by Northern Ireland journalist Anthony Quinn has been selected as one of the five best debut novels of 2012 by book critics from the LA Times, The Washington Post, The Guardian, The San Francisco Chronicle and other daily newspapers.

Disappeared, which is set along the Lough Neagh shore in the aftermath of the Troubles, has been nominated for the Strand Critics Debut Novel Award, the only crime fiction award to be judged solely by book critics. Previous nominees for a Strand award include Stieg Larsson, Lee Child, PD James and Michael Connelly.

The awards, which recognise excellence in the field of mystery fiction, will be presented at an invitation-only cocktail party, hosted by The Strand in New York on July 9.

It is not just Disappeared’s tightly plotted story which has resonated with US audiences but also its moody scene-setting and ‘powerful’ prose.

Reviewers have praised the novel for its ‘powerful mood-enhancing prose’; ‘its convincing tightly-plotted story’; its ‘lavish portrayal of Irish history’ and ‘the ratcheting up of tension as the yarn progresses’.

Anthony has written a number of short stories which have been shortlisted for Hennessy Irish Fiction Awards, but this is his first novel. The idea for the thriller came from a single image of an elderly man burdened by his past wandering across windswept bogland.

“I wanted to write a novel about the past coming back to haunt a group of men caught up in the Troubles”, he said.
“The image of a confused old man struggling to remember a bad deed buried in the past with a desperate sense of urgency stayed with me. I wanted to know what drove him on and what lay waiting for him in this remote landscape.”
The book begins when Inspector Celsius Daly is called to a rural home in the lough-shore area, from which David Hughes, an elderly gent afflicted with Alzheimer’s disease, has lately vanished.

Hughes’ sister and caretaker fears he has wandered off and into trouble. But as the inspector investigates, he discovers that Hughes isn’t the quiet country putterer he seems. Instead, he’s part of a larger and much more complicated story connected to the long-ago slaying (by the Irish Republican Army) of an alleged political informer, Oliver Jordan, and the more recent torture murder of an ex-intelligence agent.

The fact that said agent placed his own obituary in a local newspaper, prior to his death, makes this whole affair particularly bizarre. Daly - a detective still wrestling with a recent separation from his wife and more capable at his job than at handling his personal life - adds further to the stakes in this mystery by inviting Jordan’s answers-seeking son into the case. It soon becomes apparent that the missing Hughes harbours secrets in his deteriorating mind that others don’t wish to see released.


You can purchase Anthony's novel on Amazon and other selected outlets.
Posted by Gillian McDade at 05:30 No comments:

The winner of our book competition is Vivien - please could you contact Gillian at gfmcdade [at] hotmail. com with your address. Congratulations!
Posted by Gillian McDade at 14:28 No comments: