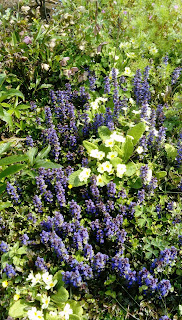 **** You will let me know if this gets too autobiographical, right?
Posted by DT at 21:07 No comments: