Catching Love, the second time around 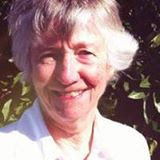 While publishers and book fans alike may see a book as fitting a particular genre, that's rarely the case for authors. Sure, we may say it's sci-fi, or fantasy, or crime, or spy fiction, but there will usually be other influences and elements in the mix. Even so-called crossover novels sometimes divide the critics as surely as they unite a wider audience. That being the case, it's my pleasure to introduce Deryn Pittar, whose novel (among her many other works) writes its own rules. More of that in a bit. First, let me introduce you to Deryn.

Every writer starts somewhere, so where did you begin and what were your early days like?

My writing journey has been split in two by simply being busy as a wife and mother until I had time to get serious about the craft.

As a young mother I wrote a short story about an angel who had been demoted because her previous charge had been run over. She now hovered anxiously about her present charge, fearing for his safety and further demotion. A crazy premise really, but I sold it to a magazine and bought a dozen orchid plants with the money. I had these for many years, so it was good value for money.

However, with small children and life’s challenges I resorted to writing long letters, then long emails, lots of reading until finally all the children left home and I looked around and thought “Now I can learn to write” -  and I did.

You mentioned the craft of writing - what did that mean to you?

It took several years and a heap of rejections to learn the craft. What words to leave out, how to write in back story, don’t use adverbs. What ‘showing not telling’ is all about and how to get rid of the ‘was’s (they slow things down).

What did you do to develop your writing?

I took on-line courses, joined a couple of writing groups, found some critique partners and helped other budding writers by sharing what I had learned. I still do this. An honest, kind critique partner is a must.

What's been one of your high points?

Nothing surpasses the excitement of that first contract offer.

Has your development changed since you became an author?

After receiving that contract, a new learning curve began: editing, proof-reading, the different English spellings between countries; a myriad of little things that make up life as an author.

What sort of writer are you?

A busy one! I write futuristic and fantasy fiction, spiced with romance and adventure. I have also had Young Adult, short stories, flash fiction and articles on writing published. In addition, I self-published a children’s rhyming book, once won a prize for a short screen script and I'm a published poet. Thank goodness I’m supposedly retired.

Where is home for you?

I live in the Bay of Plenty, New Zealand, which lives up to its name. I belong to the Romance Writers of N.Z., Tauranga Writers, and Spec.Fic.NZ (speculative fiction NZ). 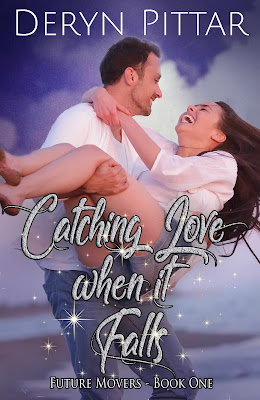 Tell us about your book in 100 or so words

CATCHING LOVE WHEN IT FALLS
William and Belinda, both genetically altered, meet years after leaving the government-rearing nursery. Their late development allowed them to escape a life devoted to the government's defence departments. If their skills are now discovered they will be conscripted and never be free again.

William’s talent is to move through space between locations in the blink of an eye. Belinda can lift objects of great weight with her mind. Their relationship creates a raft of problems both struggle to overcome.

‘Catching Love when it Falls’ explores an alternative reality and discovers the one thing neither Belinda nor William can control - love.

What's next after 'Catching Love...'?

Catching Love when it Falls is actually the first novel in a series that's being relaunched. The other books from the Future Movers series will be available soon. You can also find out more about the series by contacting me on Twitter - https://twitter.com/derynpittar