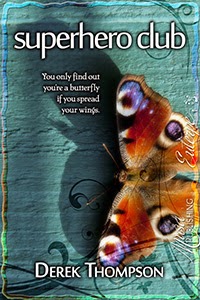 Tomorrow marks the end of Musa Publishing. Although I’d had some short fiction in anthologies and on websites, Musa was the first publisher to put my work out as books. Initially I was hesitant because ebooks were a new venture for me, but what won me over was their warmth,  organisation and openness. It wasn’t just a business it was a also a thriving community of authors, sharing tips, support and experience.

The Silent Hills is a 5000 word suspense story and I was surprised when they took it on as a standalone work. In hindsight it may have been due to their generosity of spirit and desire to build a list than for any commercial potential because, although well-received  and reviewed, The Silent Hills failed to really establish an audience.

However, what TSH did do was get me involved in the Musa community. I met authors of genres I’ve never been near – LGBT, Regency Romance and Erotica, to name but three – and found that our similarities as writers are much greater than our differences. Whatever the genre, the requirements of good writing are the same – always have been and always will.

TSH also gave me the confidence to try something different. Next time I wrote Superhero Club, a children’s book for a mid-grade audience. If anything this book was even more of a challenge because it dealt with bullying, food issues and the value of friendship. It was, once again, a story that wrote itself. An added complication for the book was that it was firmly set in the UK, but Musa’s house style was US English.

SC came out about a year after TSH and barely made sales into double figures. It could be that the subject matter was too close to home for the target readership. I did contact a variety of youth organisations, but either the timing was wrong or the staff had any pressures and priorities. I mention all this because I recognised (and still do!) that any publisher can only do so much. Every author must play their part in actively marketing their books and the more creative the approach the better.

I didn’t submit another book to Musa. I was thinking about a sequel to SC, but that would have been in the autumn. I didn’t part with any full-length novels because I thought the house style would make edits a nightmare. Editing was always a collaborative experience, so I had some idea of what I might be taking on!

All of which is a way of saying I had less to lose with Musa with my books, but I was fully committed to their cause. It was a virtual place of passion and enterprise with an online infrastructure that’s unmatched by anywhere else I’ve seen. Musa have been responsible for dozens of books and dozens of first-time authors. It’s to the credit of the team that they are ending Musa precisely because they have been unable to run it along commercial lines. In the meantime royalties have always been paid and everyone that I’ve spoken with in the Musa family has felt a genuine sense of loss and admiration for the dream that has now come to an end.

Time is running out if you want to grab yourself an ebook bargain. Naturally I’d be delighted if you picked Superhero Club, but I also encourage you to check out the wider Musa site to see if anything takes your fancy.

Thank you, Musa, for everything, and good luck to my fellow Musan authors out there.

“Nothing good is a miracle, nothing lovely is a dream.”
―  Richard Bach,   Illusions: The Adventures of a Reluctant Messiah
Posted by DT at 19:07 1 comment:

There’s a scene in Chariots of Fire where one of the athletes achieves something (hey, I claimed to have studied the film) and a younger runner is told to give him some space afterwards, in the changing room. The explanation runs along the lines that, while failing is part and parcel of competition, achievement is its own special conundrum.

I’ve had a recent taste of that because two of my Brit thrillers, Standpoint and Line of Sight, have been acquired by Joffe Books. In fact, as I mentioned on my personal blog, Joffe is interested in the planned series of five books. As my good friend and American writer, Monika Spykerman, might say, I’ve hit pay dirt.

I signed that contract with satisfaction and a Mont Blanc pen, which my former BT colleagues gave me as one of my leaving presents. Inevitably, there’s a sense of validation when an industry professional is interested in your work. You want to reach back in time and thank the previous you who stuck with it and kept writing even though no one was beating a path to your door.

The funny thing about my series is that, while Standpoint has been submitted here and there in the last four or five years, Line of Sight hasn’t been anywhere. After all, what sense is there is submitting book two if no one is interested in book one? I had to go back through Line of Sight to put a synopsis together because I’d never needed one for it before.

So what has changed? Everything and nothing! The next page of the third book (the trequel?), The Caretaker, still needs to be written. I’m also acutely aware that working with an editor might be a challenge at times – and in fact I want it to be a challenge. I want my books to be the very best they can be, and if that means a visit from the green pen then so be it.

There’s a finality to publishing as well. No more opportunity or reason to pick through the manuscript one more time, or to check my facts about Customs & Excise, Harwich Port, guns, cars, and the North York Moors National Park. I can feel my temperature rising just thinking about it all. Luckily, I know that a range of reviews and opinions is part of the game. (Plus, if you’ve looked through my reviews for Covenant on Amazon you’ll know that I’d be hard pushed to ever get a worse review.)

Like Susie, who has contributed to this blog, I’m aware that the real achievement lies in having a completed novel, imbued with sweat, toil, tears and hunger. All those hours of living in my characters’ world have amounted to something tangible.

I realise too that I cannot hide behind the mask of being a novice. Don’t get me wrong – I still have a great deal to learn – but just as I’m no longer eligible to enter debut novel competitions, I’m also no longer entitled to dismiss my work lightly. Not because it’s a work of genius (necessarily…); rather, because it’s no longer purely mine.

These days writers have a responsibility to actively market their work and I’ve already made myself comfortable with blogging and twitter over the last four years. The jury’s still out on Facebook though, as far as I’m concerned.

In case you're wondering, it was a sheer fluke that I heard about Joffe Books - through www.writethismoment.com - and that when I submitted something, last September, they were interested in the idea of a thriller series. They also needed a little convincing, which is why it helped that I had a pitch put together and that I’d considered their market ahead of contacting them.

My point, as I progress with another book, is that it can be done. Previously, I’ve been the happy conduit to two friends approaching the publisher and the agent who subsequently signed them up. This time the next step appeared before me. The next time it could be you.