Am I selling books or cornflakes? - Lynn Michell

I first heard about Lynn Michell and Linen Press when artist, writer and friend Susie Nott-Bower's debut novel, The Making of Her, was published in 2012. Lynn and I recently found ourselves part of the same virtual conversation and, happily, she accepted my offer to write a personal post about the world of publishing from an independent perspective. I think this thoughtful piece adds to the great publishing debate and I invite you to both add your opinion in a comment and to check out the Linen Press, whether you're a writer or a reader. 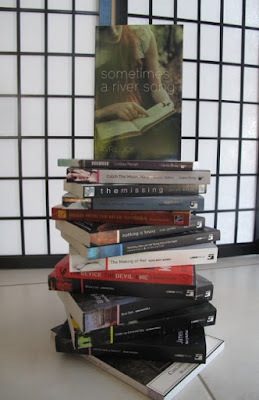 Am I selling books or cornflakes? Lynn Michell

As the director of Linen Press I’ve seen the book trade change over the last ten years from an open space for experienced, emergent and experimental writers to a closed shop in which only the famous, the celebs, the major award winners and writers with a golden gift for self-marketing can be confident of ending up on the shelves of Waterstones, W H Smith and Tesco.

The language of publishing reflects those changes. I’m hearing online presence, marketing, niche, social media platforms and branding. Reporting from a recent writers’ conference in Brighton, Sally-Shakti Willow of the Contemporary Small Press writes: ‘branding’ was definitely the buzzword of the day with every speaker stressing ‘the importance of marketing yourself like a packet of cornflakes.’ Writers were told ‘your novel is a piece of fruit’ so make sure publishers know to place you with bananas or kiwis.’ Sally concluded: ’what I saw through that shop-window was not bananas or kumquats or cornflakes but something rotten, and potentially toxic.’ (https://thecontemporarysmallpress.com/2016/03/15/small-presses-worth-much-more-than-money/).

So authors need to market themselves like cornflakes. They must build websites, set up Twitter accounts, give talks in libraries to three people sheltering from the rain, and push a copy of their book into the few remaining indie book shops. I hate to force this on Linen Press authors, not because for many it goes against the grain to chase the limelight but because I’m not convinced that their efforts will bring them recognition or sales. All the evidence from six years of Linen Press’s strong social media presence suggests that there is no correlation between activity on our social media sites and sales. Here’s the reality check. UK publishers released 184,000 titles in 2013. Jonny Geller at Curtis Brown described the figure as “either a sign of cultural vitality or publishing suicide. Of course, it is utter madness to publish so many books when the average person reads between one and five books a year.’ Jamie Byng at Canongate agreed: ‘I think we publish too many books, Canongate included, and I think this impacts negatively on how well we publish books as an industry. It is very easy to acquire a book. Much harder to publish it successfully. (https://www.theguardian.com/books/2014/oct/22/uk-publishes-more-books-per-capita-million-report). So it’s from inside this avalanche of yearly publications that an author must carve out a niche for herself. How many niches remain?

And published authors have to shout over the sales pitches from the self-published book mountain. It’s hard to find recent, accurate figures but between 2014 and 2015 self-published titles rose from 16% to 22% of the digital market. http://www.thebookseller.com/news/self-published-titles-22-e-book-market-325152

In 2009, 76% of all books released were self-published although the average financial return was only £500. (https://en.wikipedia.org/wiki/Self-publishing). As Derek Thompson says in an email to me: ‘Much as self-publishing has democratised the route to seeing work in print, it has opened the flood gates without a quality filter.’

It may be that the sheer volume of published and self-published books sends readers to the security of the Top Ten in Waterstones and the other chains. They can sit on public transport reading the same novel as the person next to them. Call it Girl on a Train syndrome.

My authors ask why their books aren’t in Waterstones. The Big Five can throw £100,000 of marketing budget at a few chosen titles leaving the rest to fall by the wayside. Waterstones takes a minimum of 60% of the RRP which makes it prohibitive for small presses who work with costly small runs. We’d be paying Waterstones to sell our books. 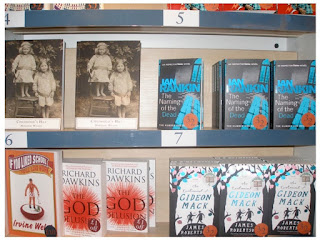 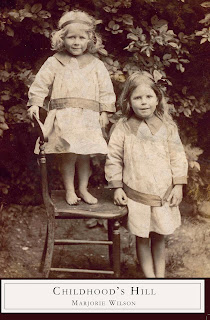 As a small indie publisher, it’s a growing challenge to sell the books on our list. Ten years ago Childhood’s Hill by Marjorie Wilson, Linen Press’s first publication, was accepted by Blackwells in Edinburgh and sold so well that for one week it beat Ian Rankin in their Top Ten. Later books also managed a toe in the door because managers, not central sales offices, still decided whether or not to take a risk on a book.

Jump to 2016. Sometimes A River Song, one of the best books on our list, received a dozen rave reviews and its Costa prize-winning author, Avril Joy, attended three book fairs shortly after the launch, yet still we struggle to sell copies and Waterstones won’t look at it. I sense a further seismic shift towards a limited diet of mainstream-published crowd pleasers.

The three routes to publishing have split and gone their separate ways. Think cornflakes, brand yourself, find a vacant niche and you may hook a mainstream publisher. Go down the self-publishing route if you know how to stand head and shoulders above the self-marketing crowd. Or go with an indie press which occupies the space between the other two. This year three out of six books on the Booker short list come from indies, one a tiny Scottish press. Success is possible. And, as Sally-Shakti Willow says, even without the rainbow end of best seller status, small presses are ‘committed to freedom of expression, artistic risk, literary innovation, and championing new and exciting writers.’

Excuse this final bit of branding. Linen Press, the only indie women’s press in the UK, does read unsolicited manuscripts and we are looking for beautifully written books. Send us your manuscript. www.linen-press.com