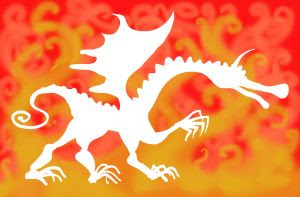 Although writing has always been a big part of my life - my song lyrics were legendary at school! - it has only been quite recently that I’ve started writing novels. Knowing that I would need to amass significant knowledge about the publishing industry, I read - all around the internet and beyond - about how to get an agent.
Agents, I discovered, were tricky, difficult characters with exacting standards. Heaven forbid that there should be a typographical error in your submission, or that your query letter (or email) should be too informal or, indeed, too formal. Don’t ask questions; don’t chase manuscripts unless a significant portion of time has passed; revere and venerate agents, and don’t expect them to be nice to you. They don’t have time.
The thought of submitting my first attempt at a proper novel was, to say the very least, daunting in the extreme. But, being of the ‘feel the fear and do it anyway’ mindset, I sent out a stack of submissions.
Most of the fifteen agents I queried sent me standard form rejections. One did not reply at all and still hasn’t. But, to my surprise, one or two of the agents I sent my work to responded in a friendly, helpful manner. One chatted to me using email one evening, checking out my query as we ‘spoke’, and one even requested a full, seeing potential in my work even though my query was neither as flawless nor as confident as it ought to have been.
Because, as it turns out, agents really aren’t these distant, heartless, pernickety types at all. OK, well maybe some of them might be, but I’ve had contact with quite a few now and it seems to me that the majority are pleasant people doing difficult, time-consuming, and often demanding work.
My second novel is a love affair, in that I am in love with it to an extent that wasn’t true of my first. And, when I sent it out to agents (some of whom had seen the first novel and some of whom had not) my hopes were high. Sadly, it did not (although I had two requests for full manuscripts this time) garner any offers of representation, but several agents took the time to send me personal, encouraging responses. One in particular urged me not to give up, telling me that I ‘can definitely write’ a phrase that is now etched on my heart forever. I wasn’t suitable for her list, but she took the time to communicate to me that I would, in all probability, be a good match for another agent, and to keep trying.
I’m not saying that you can be slapdash about your queries, or that they should be anything less than the very pinnacle of your efforts. But my experiences have taught me that most agents are like me - clever, positive people who love books and love writing.
Not fire-breathing dragons waiting for the slightest excuse to toast your work.

Catherine Hughes is a thirty-nine-year-old web copywriter who lives in wild and windy Wales, with her four children, husband and three cats. She is the author of two as-yet-unpublished YA SF novels and is currently working on a fantasy trilogy that attempts to explain our rich lore of myth and magic. Despite having a degree in Law, she is really a very nice person, who blogs at http://dailyimprovements.blogspot.com/ on the theme of making small changes each day towards a better life .
Well done, Catherine, great post! You should receive your prize soon!
Posted by Administrator at 06:00

I think it's very true that agents are somehow seen as terribly difficult.
Some even go far as to feel they are trying to block our chances of publication.
But I too have never found this to be the case.
My own agent is fun, friendly and tirelessly enthusiastic. I wouldn't be without him.
So keep trying, Catherine, the market is very tough at the moment, but agents are still on the look out for new stuff. How else will they make money?
HB x

I've read a few of these types of posts lately and I have to say they are encouraging as it is so easy to get things out of proportion when your confidence is low. Nathan Brandford - a very well know American agent wrote about this on his blog just yesterday and linked to two others who were addressing the same topic. I think the recession has also made writers less confident as we assume that the stakes are raised exponentially against unknown writers getting their work through the door. Keep going Catherine. Just think of those Lottery winners last weekend – some had to win it and their odds against winning were far greater that yours!

Catherine, a lovely post which puts things in a new (and good) perspective. I'm sure that agents are just as flawed and flawless as the rest of us: they certainly appear to work extremely hard and with (in most cases) huge loyalty and support to their clients. I recently had a lovely email from a well-known agent: certainly not willing to take the book on, but explaining in some detail why not. She didn't need to do this. I certainly don't advocate that we see agents as gods: but they're not devils, either.
All the very best with your NaNo Catherine (I've just recognised you from Another Place) and hope the novel that emerges will be The One.
Susiex

Hello all and thanks so much for the posiive comments. I'm all a-flutter that you guys like my post!

Helen, MOB, I will certainly keep trying. The agent that gave me such wonderful feedback on my writing really did inspire me. If I ever do get published, I will be wanting to thank her, because it will be, in part, down to her encouragement.

Susie, I too hope that my NaNo effort might be the one. It was just the seed of an idea when I started and now it is blossoming into a tale that I can really feel excited about. It was something a little different; something slightly shy of my usual stuff. I wasn't sure I could pull it off, but it seems that I just might!

Hi, thanks for the post. I found this inspiring and reassuring. Good luck with your subs; it sounds like you're doing all the right things.

Best of luck, Catherine. I thought your post gave a really good perspective on the topic.

I owe a huge debt of gratitude to the smattering of agents who, back when I was submitting and receiving umpteen rejections, appended to their rejections slips a few hand-scribbled words of encouragement. Without those crumbs of validation I would have given up far sooner.

My own agent is also a tower of strength - endlessly tolerant and supportive - a lovely man, who just genuinely loves good books.

I have only had an unfortunate episode with one agent. All the others have been either indifferent or very helpful and sweet.

Indifference i understand and respect - i've always felt agents who don't know me from Adam are doing me a favour reading my work (as long as they reply within the number of weeks they say they will:))

Anything extra i feel is a bonus and i've had dealings with some lovely people in the literary world.

Hi all - really chuffed to see all the comments!

Thanks to the SW gang for the opportunity and the prize.

Great post Catherine and well done on garnering all those positive responses! I've come across some lovely agents too. Although some of them are pretty scary and deserving of the reputation! I guess that's the same in any profession though...

Hi catherine and well done for a very interesting article - I'm blogging in response and it goes out later this evening!

Wow, Nicola! I'll look forward to reading that - very much.

Thanks again to everyone who has commented.

it is all about keeping it real =]

Anonymous said...
This comment has been removed by a blog administrator.
2 September 2010 at 16:50

Thanks as a remedy for this worthy article, it's absolutely notable blogs

analysis minus the opposite online casino perk at the paramount casino advisor on the web with on the other side of 75 flattering online [url=http://freecasinogames2010.webs.com/]casino games[/url] like blackjack, roulette and more. [url=http://www.scratch-for-cash.ws/]Scratch Cards[/url]

Might you'z folks have a FB or possibly a MySpace follower webpage? My spouse explored for 1 on the Facebook and Flickr yet unfortunately couldn’t encounter one. I would wish to be a supporter!

testing to see if it worked

You last wishes as perplex news about miscellaneous issues. Put in an appearance on the internet folio and yourself vouch for it! [url=http://szybkapozyczka.org/chwilowka.php]chwilowka[/url]

If someone want to get accurate information your site is the place to find them. Keep it up mate.

Well, I have to say (insert anecdote about my own struggles about writing and being rejected.)

But no matter the rejection I (insert another anecdote about how I continue writing because it's a passionate hobby of mine.)

It was really nice to read an article about what everyone else has already said!

Well done Catherine. Hold to those kind woords from the agent. They will keep your hope alive. You only need one door to open and it can happen at any moment. All best with your writing. Mary