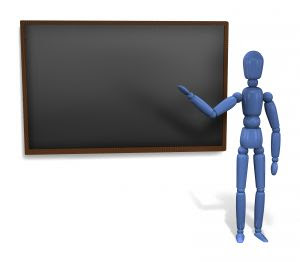 1) Don’t save good ideas for “later on”. When I first started writing novels, I would hold onto my darlings, such as an original metaphor. But in time I realized, that if get your best bits of inspiration down straightaway, more will follow. So if you imagine a really exciting scene between your MCs, or have thought up a highly relevant, amusing joke, run with them then and there. This is one more way of making sure that every chapter sparkles, not just the first and last and climatic ones. In other words, don’t let the quality of your work wax and wane – aim for it all to be the best it can.

2) Don’t be scared of adverbs. I recently battled over the use of ‘reluctantly’. I told myself it was lazy, that really I should show the character’s feelings about having to go down and answer the door in the middle of doing her homework.
Nessie tossed her pen on the table and went downstairs – um, no, makes her sound ratty.
Nessie sighed and went downstairs – um, not too bad but she’s already done a bit of sighing.
Nessie stuck her fingers in her ears and carried on with her homework – um, no because then the doorbell will have to be run more frantically/she will have to be called down more loudly, and really it’s not that sort of scene.
Reluctantly Nessie left her homework and went downstairs – perfect.

3) Probably not something many of you need telling, but when I first started out I got it into my head that my prose and dialogue had to be written ‘properly’, that I couldn’t possibly put down abbreviations and contemporary references and slang and ungrammatical sentences. I now realize that is not the case at all - especially with my current commerical teen book. I guess what I’m saying is, don’t be afraid to write how people speak - where necessary.

4) Kill the Thesaurus. Honestly – it’s just for occasional use. Like a large Havana cigar, treat it as a luxury, one that can give intense pleasure (when you actually find the right word) but, in excess will kill all your hard work. Keep your vocabulary simple. Avoid the exotic.

5) Vary your word structure, especially if you are writing in the first person, otherwise the word ‘I’ will jump out at the reader. If you read widely, you will no doubt instinctively use a variety of conjunctions and vary the position of your clauses. I was very aware of word structure the first time I wrote a novel in the first person, but have noticed, after consciously tracking and changing the position of the different parts of my sentences, a book later the whole process comes much more naturally. So, some things can be self-taught.

6) Finally, over time you’ll learn which advice to take on board and which to ignore. One of the ones I now pay less attention to concerns the throwing down of the first draft. Yes, I throw mine down, but then I’ll hone a day’s work, edit it and polish, before moving on. Doesn’t mean to say I won’t rewrite it all at the end, it’s simply the way I work and one reason I am failing miserably at Nano! Embrace your own foibles. Do what works for you.

Good post (and I never realised you smoked cigars!).

My advice - trust yourself. Listen, and I mean REALLY listen to your gut, even if it's telling you what you don't want to hear.

You always give excellent advice, Nik. And it is hard to listen to one's gut sometimes, especially if it is bad news - eg 'this voice isn't working' or 'that chapter really nees to be scrubbed.'

And that can go the other way as well - not every piece of advice/criticism you get's right for you and a lot of it is very general and is best ignored. I've read so much utter rubbish on the internet (on forums and blogs) saying this doesn't sell, that doesn't sell (one blogger said that only children should write in the first person and that grown-ups write in the third - utter tosh btw)that I think if we listened to it all nothing would ever get written.

To use a cliche - at the end of the day, if it works, it works - and the best judge of that, as we're writing, is us. (And trusted readers of course.)

I think what I mean is (ramble, ramble) we know what's best for us/our writing and need to learn to trust ourselves more - and I include me in that category (though I am trying!).

Agreed - i think that's as important as anything in the writing process, finding the confidence to trust one's own instincts. Easier said than done though.

Only children should write in the first person?!! I'd better get some serious rejuvenating surgery, then:)_

Ha! Bad advice that was!

And definitely, learning to trust and developing that instinct's not something that comes over night

Thanks for reminding me, Sam - the whole sentence structure thing is something I need to pay attention to.
And yes, Nik, that gut feeling is soooo important.
Susiex

Great advice, Sam and number one, on not 'saving' ideas, particularly resonated with me. I did this once and then couldn't raise any life from it when I finally got my act together.

My one to add would be that getting lots of different people to read something can be a mistake. Took me along time to realise that not all opinions have equal worth.

Yes, i agree Caroline, holding on to ideas can suck the life out of them.

And definitely agree on the latter - you can end up going around in circles if you seek too many opinions.

Great post. I'm all for finding out what works for you and sticking with it - if it ain't broke, don'y try to fix it.

Yeah, it took me a while to find my own groove - i spent the first couple of years writing taking in ALL the rules and every single piece of advice i was given!

Thanks for these tips Sam. I was particularly interested in the 'adverbs' one, because I've heard so much, recently, about not using them that I started to feel uneasy every time I found myself wanting to put one in. I've never even thought about it before, just used them where I thought they were 'natural' - and it was really off-putting to keep wondering about them. Eventually I thought - with all the editorial input I've had, over the years, I don't think I've ever been asked by an editor to take out an adverb, so I can't be doing anything so very terrible with them! You're right - only follow the advice that seems relevant to you.

A great post, and I love the comments from everyone else. Sometimes it feels like we're seeking permission to write how we want to write; good to know that we're all paddling the same canoe - is it still a canoe with more than 6 people? My tip, which I'm trying to teach myself, is to write honestly. And that, my friends, is an adverb. :o)

As a relative novice I'm always interested in advice but number 6 is the one that works best for me. There is so much advice out there and when you have so much to learn you have to know what to pick up and what to discard.

I used to avoid adverbs at all costs, Olivia, and the result was that my characters were constantly twitching and moving and sighing and... it was exhausting:)

LOL, Derek! And you are so right about asking for permission. I think that time and the resultant confidence helps us stop doing that so much.

Absolutely, Colette. I think it can really do more harm than good, otherwise.

Don't use up all your ideas in one story!

There's a tendency to overplot - I know, I do it. Then you dry up and have no plots left!

I can't imagine you ever running out of ideas, Geri!