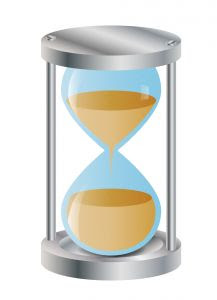 Heard the one about leaving something new aside, so you can come back to it with fresh eyes? Sounds sensible. Do I do it? Of course not. But I've learned my lesson.
A little background: the shock of Salt offering to publish my story collection was so great that for two years I hadn't written anything longer than 500 words. I wrote 100 flash stories, which isn't terrible since quite a few were published. But the book came out a year ago and, after being focussed on selling, selling, selling, I missed working on something longer. I write flash stories in one sitting, the process is as “flash” as the product.
Finally, I wrote a 1000-word story. I was excited to have something “long” (yes, you may snicker). I was so in love with the voice and the language, I thought it was great. I gave it to my writing group for critique, they spotted places where more information was needed but didn't give any “big picture” comments. So I thought, wow, that was quick: a finished story, and swiftly dispatched it to several competitions.
Then I wrote another “long” story, a whopping 1400 words, and it felt different. It upset me to write it, and the group were extremely enthusiastic. I knew this one expressed something that had been inside me for a long time. The voice in my head said, “That other one needs work.” I ignored it. I'd sent it out, hadn't I? It was done.
Well, the first story got nowhere in two competitions. The voice said, “Told you. It's missing something.” But I didn't know what. Suddenly I saw that I'd tied the ending in neatly with the beginning, but, actually, there was no middle. And I began to realise that I had set it up to be a certain kind of story and just hadn't delivered. This is something I learned from Robert McKee's excellent guide to screenplay writing, Story. He says: Take Jaws. The setup promises that the shark and the policeman will meet. If they didn't the viewer would feel cheated. He says: Know what kind of story you are telling. If you set something up as a comedy and then it becomes a bloody crime thriller, the viewer will feel disappointed.
I'd set up my story, without knowing it, as a ghost story. But then I hadn't followed through. I'd missed the part with the ghost! I couldn't see this when I wrote it. I thought it was about families. I could only coo over it, rather than stand back and say, Hang on, wait...?
So, I deleted 500 words. I killed my baby. Then I breathed a sigh of relief because I could see clearly that half way through is where I'd let go, where I'd cheated. This week, I started writing again from the half-way point, and it went in an entirely different direction. It's now 1200 words, and not finished. Who knows where it will end up?
I'm embarassed I sent it out, not to mention annoyed about the competition fees. It won't get anywhere. It shouldn't get anywhere. It's not my writing group's fault. It's my fault for being too hasty. Time, ladies and gentlemen. Nothing beats it. Leave it in that proverbial drawer, if only for a few weeks or months, and you – and your bank account - will be very glad you did.

Tania Hershman (www.taniahershman.com) is a former science journalist now living in Bristol after spending 15 years in Jerusalem, Israel. Commended by the judges of the 2009 Orange Award for New Writers, her short story collection, The White Road and Other Stories (www.thewhiteroadandotherstories.com), is published by Salt. Her short stories have been published in print and online and broadcast on BBC Radio 4. Tania is Grand Prize winner of the Binnacle's 2009 Ultra Short Competition and European regional winner of the 2008 Commonwealth Broadcasting Association's short story competition. She is the founder and editor of The Short Review, (www.theshortreview.com), a site dedicated to reviewing short story collections. Tania blogs at TaniaWrites (www.titaniawrites.blogspot.com).

Salt Publishing would like to offer Strictly Writing readers a special 30% discount off Tania's book. If interested, go to this page: http://www.saltpublishing.com/books/smf/9781844714759.htm. Then just enter in the discount code GM18py7n.

Thanks for a really interesting post, Tania. You're absolutely right - sometimes it's impossible to see what needs to be done with a story and only distance and time can help. I never got round to reading my copy of Story, but I love that quote too.

Great post Tania - it's fascinating to see into a writer's process in detail - would love more of this on Strictly.
I guess time allows us to loosen our emotional grip on a story - of course we love it when we've just finished it, but we're so close to it that our lenses are rose-tinted to say the least! It's like that old poem about the elephant - if you're too close to it you only get a particular and often biased view.
Hope the new version of your story really works.
Susiex

Caroline, so glad you liked it, and I highly recommend the Robert McKee book, valuable for anyone dealing in stories of any kind!

Samantha, you have learned better than me! I clearly am in much too much of a rush, and need to slow down with my subs and actually do the rewriting!

Susie, yes, spot on, it's all about our emotional attachment, although the flip side is after loving it deeply, often the next day I will loathe what I have written, so the middle ground is where to aim for. I haven't managed to do any more on this story, can't approach it yet, it seems as if this one needs even more time.

Strictly Writing - thank you for having me!

Which great ancient Greek orator said that one should set aside a piece of writing for eight years before coming back to it for the rewrite?

Paul - good grief! Let's hope he was talking about a MUCH longer piece of writing. Eight year cycles are not something I think I could cope with.

On the creative front I think it does pay to leave a while then reconsider. That being said I don´t think competitions are a good test of whether a piece is good or bad. Much gets lost in the fatigue of the judges who have to read through so much. Others have hidden agendas like looking for work by friends.

Fiona, you are quite right that we shouldn't use competitions to measure the worth of a story, but it was more that not getting anywhere helped me realise myself that this was not the story I wanted to tell - or rather, it wasn't "done" yet. Only a writer can know what story she/he wants to write, right? If we all measured our success by how many competitions we won, I think we wouldn't carry on!

Great point Tania ...
I wrote lyrics for ages before taking up with fiction and I once attended a workshop with Jason Blume - a renowned Nashville songwriter. Amongst other advice I remember him clearly saying "A hit song is never written. It is always re-written and in my experience seven times!"
I thought - he must be wrong - he's EXAGGERATING!
Alas, years later, I know now he was right!

I love the bit about carrying through with what you promised to give the reader. Sadly, upon reading that I got a lightbulb moment that my longest writing every- the novel I thought I was finished with- may suffer from that very thing. Starts literary ends as a detective novel. Not good.

I just want to say CONGRATULATIONS on three fronts (like a triangle):
1. On writing so many flash stories.
2. On getting published.
3. On having the courage to see and act, where things need to be excised for the good of the reader.

Tania, great to see you here. I loved The White Road.

Fionnuala,
I guess we hate to think of it like that, much easier to dream of being hit by inspiration and getting it right first try. But alas, it doesn't work like that most of the time.

Lauri,
it can be a literary detective novel, he doesn't say don't mix "genres", just as long as you don't forget what you promised the reader... Maybe you just need some detective-like hints thrown in the beginning?

Derek, thank you! I am not sure I can do Number 3 yet.

Rachel - I wish I could take my own advice!

Roderic, thank you, that's very kind of you!

Lovely to see you on Strictly, Tania. And yes, timely advice. When I started writing I rewrote and rewrote obsessively. I though nothing of cutting and rewriting. Recently that skill or persistence has been lost in the panic of wanting to get stuff down and then out there. Less time as we get older and have more commitments, but it shouldn't mean less patience, so thanks for the reminder.

And the second story you refer to is SOOO good, if it hasn't got anywhere yet, it will...