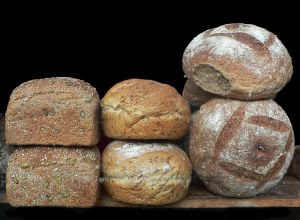 You know when you have a formless blob of an idea floating around in your head? It could end up nowhere, but equally, it could end up being a half decent story. It’s a bit like having a lump of dough that needs to prove and bake into something with a purpose. And I don’t compare food and stories lightly, but I still compare them.

Sometimes you need to allow an idea, or a scene, to lurk inside your brain for a while until it takes shape. My friend Alexandra talks about putting it in The Mullage Machine.

I have a very half-baked idea for a new children’s book right now and as always with me at this stage, it’s more about feeling a certain atmosphere than a tangible idea in which A, B and C happen. It’s so half-baked in fact, that I’m worried I have incurred the wrath of the Muse’s bouncers by even mentioning it. [If you’ve never come across the Muse’s bouncers before, believe me, they’re not to be messed with. The Muse wafts about in a diaphanous dress with flowers in her hair but her bouncers have tattoos on their knuckles and steel toecaps in their boots. They’ll escort you off the premises with a few broken limbs and a black eye as soon as look at you. I’ve posted before about how I managed to kill a book by blabbing all over the place about it instead of writing it. I won’t make that mistake again, beyond asking my nearest and dearest questions like, ‘So what would happen if…?’ and ‘Have you ever heard of this…?’

But as long as you keep schtum and don’t leave the idea in the mullage machine for too long, this can be one of the most delicious stages of writing something new. At this point, the book is perfect. Anything could happen and the story could go anywhere. The prose is brilliantly polished and yet natural, the plot will do all the things a plot should do. [Note that I haven’t listed them. That’s because I don’t really know. Answers on a postcard please to the usual address]. The characters will make sparkling dialogue and behave just like living breathing people. Except they’ll be much more interesting than real people.

So if you haven’t touched a keyboard or pen in relation to your current story but have been cranking up the mullage machine instead, don’t worry.
Thinking can sometimes be writing too.
Posted by Caroline Green at 06:00

I find that my mullage machine is packed to the rafters.
I squeeze more and more in there, convinced they are all great.
As you say, the plot is ace, the characters would put Dickens to shame...
I call these great ideas my 'sparkles'.
HB x

This time i released my ideas from the mullage machine very early and wrote the first chapters. I have rewritten these now about 5 times - changing the age of the characters, changing the plot, changing the setting, changing the age once more. I am about to do it again once more (having finally thought i had reached a point i was happy with, before moving on).

I have enjoyed the process though and never worked like this before. So, perhaps there is something in not mulling for too long.

Only if you enjoy rewriting, though:)

So, so true, Caroline - thanks for reminding me! Love the term 'mullage', and the image of the Muse wafting around protected by toughs.
I guess my daily walks are 'mullage' time. Like a baby in a womb, the ideas have to grow in their own time and have a little stretch and somehow walking seems to help this. It's almost like 'mullage' is not just brain-work but body-work too.
Hope your 'baby idea' matures into a wonderful new child.
Susiex

I also love your image of the muse and her bouncers.

Love the idea of the Muse's bouncers, Caroline! And the mullage machine - brilliant! I think sometimes that delicious stage of having a vague idea 'mulling around' is exactly the right time to start writing ... it can be enough, on its own, to get more ideas flowing as you write. Time enough later to re-write it all into something more polished. Good luck with the new idea. Tell the bouncers where to get off! x

I think Alexandra needs to get over here and take a bow for her brilliant expression...

I am so relieved that someone other than myself feels that thinking time is all part of the writing process. I find it remarkably difficult at times to sit down and type out 1000 words of an idea, especially with an 8 month old son in hand.

Thank you for the confidence boost.
xx

Love your image of a mullage machine. So true. I do have to remember though to jot down at least the idea or I forget everything about it, except that it was brilliant

Kate, kudos to you for writing anything at all with such a young baby on the go.

EW, I agree, it's important to make some record of ideas. If I had a penny for every time I've been drifting off to sleep and had an idea I've subsequently forgotten...well, I'd have lots of pennies!

Brilliant post, Caroline! I have had a story in the "mullage machine" (great term!) for a good three weeks now, which I've had to ignore due to other demands on my writing time. I agree - it's a perfect story right now, but that's because I have yet to write a word.

Good luck with your new idea, Caroline! Don't leave it in the mullage machine for too long, though or it might just decide it's too comfortable in there and refuse to come out!

With your amazing output, Geri, your mullage machine must really earn its keep!

I love the ideas of ideas 'mulling' and I love the muses bouncers visual. In fact I think you should write about a mulling bouncer.
Sorry.
That is just the sort of day I've had. Writing rubbish.
Think I should have looked out the window more...x

I remember when I first found out that others did this too - it was a real relief, so I know exactly what Kate means.

I like to call it brewing. And like Susie, I find walking really gets the process going. Washing up too. In fact any physical activity that's a bit mindless and repetitive works if it frees my brain up to churn away on its own.

Kate as you put in the comments it seems to take people to acknowledge it to feel relieved you’re not alone. I interviewed an author recently who was into mulling and I was relieved even though I’ve always welcomed my inner Mullage Machine.

So... great article, Caroline, you may help more become relieved about this process!

Thanks everyone for your comments. It's always very comforting to discover how many of us go through similar processes and emotions.
More power to all our MMs!