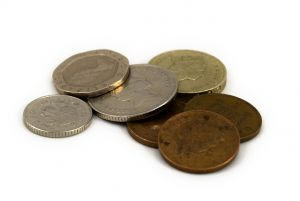 If you’re still following my NaNo journey, then give yourself a pat on the back.
It has been a bloody hard slog. Normally, I write quickly anyway, but this is something else. The energy required is beyond a working Mum whose other half is currently eating horse and chips in Kiev.
I’ve also noticed a shift in the atmosphere on the NaNo forums.
The end is in sight and the writers are turning their minds to what they should do with their manuscripts.
Strangely, edit like a bastard and submit to an agent seems to not be the popular choice.
Instead there is much talk of self publishing. Companies like Lulu and Blurb are being mentioned as good bets to see your work in print.
I must admit to feeling a little uneasy about recommendations like this. I mean, I have nothing against self publishing per se. It’s a free country and if you fancy getting your work turned into a book, well why the hell not?
What worries me, though, is the idea that this will lead on to something. That if someone, somewhere in the publishing industry happens upon your self -published tome that ‘good things’ will come to pass.
This is not, I have to say, a point of view the self-publishing companies discourage. If I had a pound for every time GP Taylor’s story is trotted out...well it would be bigger than my last advance.
I can’t help but think, though, that this is highly unlikely to be replicated by many authors, particularly if they don’t spend the weeks/months editing that most of us do.
Interestingly, these discussions have been drawn to my attention at the same time that Authonomy have released news that they are now providing an editorial service.
For those of you who don’t know, Authonomy is owned by HarperCollins, and was set up as a forum where would-be-published writers could upload their work with the hopes of being spotted by an editor at the publishing house.
An incredible number of people have taken part in the hope of that all illusive publishing deal.
The whole thing came under criticism for being a cynical way for HC to relieve themselves of their slush pile, and that nothing would ever make it to the book shelves.
To some degree those critics were silenced when Miranda Dickinson was plucked out by my own imprint, Avon, and her first book, Fairytale of New York, was published earlier this month.
I must say I was chatting with the woman who did said plucking at the HC summer party and she was very excited by the whole thing.
So it’s with disappointment in some quarters that Authonomy has now changed its remit and is offering an editorial service. These things don’t come cheap, and again, very rarely result in a work being published.
I sometimes worry that self publishing companies, editorial services, CW classes etc just prey upon aspiring writers, offering hope and taking the cash. I know we have free will to do as we please and no-one is forcing anyone to pay up, but it still makes me uneasy.
That these ideas and solutions are now taking hold in NaNo – lovely, Pollyanna-ish, writing for the fun, NaNo, is, I feel, a shame.
Sigh.
Posted by Helen Black at 06:00

I understand your concern, Helen, but as far as editorial services go, i wouldn't brush them aside so quickly.

If used not with a view to getting that particualar book published, but with a view to learning something about your writing, they are incredibly useful - and doubtless contribute to your overall chances of getting published in the long run. I learnt a hell of a lot about chapter structure, for example, from one i had done a couple of years ago, and it transformed the way i structured subsequent novels.

I do worry, though, that less informed writers will assume self-publishing is the easy way to go, without understanding the hours they'll need to put in regarding marketing etc, if they are to achieve sales.

Well done for getting through Nano. Ahem. I have rewritten the initial 8000 words several times (keep changing my voice and plot). Just off to do it again...!

I don't know much about editorial services but I was intrigued by the Authonomy idea and rather liked it as at least an innovation on behalf of a big publisher. So I am sorry to hear it is changing.

As for NaNo...I think you're amazing!

I've avoided Authonomy since I got the feeling that there is a quid pro quo ethos there with regard to critiqing. I have nothing against that but genuinely dont have the time to read through masses of work in order to get a critique on mine.
I too find it a little distasteful that they're now offering editorial services BUT hey I'm willing to be converted! Please HC, give us another success story that we can hang on to!
On the Nano front, I've also avoided the forums, but you've piqued my curiosity and I'll be on there later! I've only 22000 words done but feel overall, its really worked for me by forcing myself full throttle into another project.

Sam - although I've never used one myself, I do think editorial services do have a place.
Certainly I know some authors who work for these agencies and they certainly know their eggs.

But I'm still not sure Authonomy should be linked to one.
It smacks of trying to make a profit out of all those aspiring writers.
HB x

Yes, i see your point, Helen.

I just thank god i found WriteWords when i first started out and quickly wised up as an aspiring writer.

I'm a regular authonomy user and I've not seen or heard anything about an editorial service. Any chance you could find a link to the information?

Should also say that Miranda Dickinson's book has gone in at number 9 in the ST best sellers list, so the book has obviously been given the royal HC treatment vis a vis discounts, publicity etc.

It's such a great Authonomy story that I wish they had left the site as it was - somewhere from aspiring writers to get spotted.
HB x

Anon- I'll find the inf out for you and post.
HB x

Anon - the company Authonomy are now linking with is called Createspace.com...which on closer inspection is not an editorial agency but a self publishing site.
Hmmmm.
You pay them cash, they print your book. No editing, no assistance with polishing etc.
As I say nowt, wrong with that - it's a free country afterall, but why is this being recommended by Authonomy which is supposedly set up to help writer get publishing contracts?

Really glad you've highlighted this, Helen - 'tis exploitation, I think. I know everyone has a choice, but those who don't know the facts have a less obvious choice than those who do.
If you're going to self-publish (and I can see the point for a non-fiction book when you have a following of people who'll buy it at workshops etc.) then Lulu, I hear, is really good. But I don't see the point of self-publishing a novel, as you say.
What I hated about this was that is was just slipped in later in the game, making the original aims of Authonomy into something very different.
Susiex

Might it be worth offering Miranda a guest blog to quiz her on how she succeeded?

For instance, how many excerpts did she read and how many outsiders did she pull in to Authonomy on her behalf? Just a thought.

Derek - I can tell you that she never made it to the top of the Authonomy list. None of those books have ever been taken on by HC, yet.
The person who spotted her book was actively looking in Authonomy for potential books.
HB x