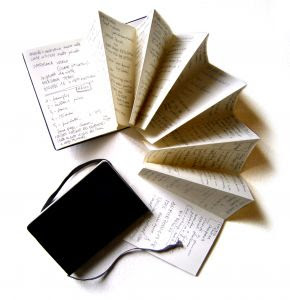 First, because you’ve left Novel One in edit mode and it takes time to make the transition back to creative mode. Second, because you’ve (probably) faced a whole heap of rejection and lost much of your starry-eyed innocence and hope. Third, because Novel One’s been a steep learning curve in terms of the craft of writing and suddenly you're self-conscious about every idea, every word, every turn of the plot. Is it ‘good’ enough? Is it ‘right?’ It’s hard to focus in on the emerging energy of a new story and new characters when your anxious writerly antennae are swivelling to pick up imaginary critiques from the outside world. I’ve been stuck in this rut for about a year after First Novel. True, life threw in some blows too, which didn’t help. But now, please raise a glass (not an eyebrow) because – taa-daaah!!! I’m writing again.

Two events have brought this into being. The first is NaNoWriMo. In a moment of sanity, I suggested to a friend that we do a private NaNo. She had 40,000 words to edit, I had that much – and much more – to write. We agreed to set daily targets, to call each other each night and to meet once a week. Thanks to this, I’ve got back into the daily habit of writing.

The second is something invaluable that the above friend said, bless her:

What a liberating thing. I’d been approaching my second novel as if it were not mine, if you see what I mean. I was continually squinting at it, trying to imagine how it might look to the outside world of agents, critiquers, publishers. It didn’t belong to me.

I realised that I needed to take ownership of my writing again. To write the story that pleases my soul, warms my heart. To just go for it and let it be what it wants to become. To be private with it, to hold it close, and allow it to come into being.

Next year, hopefully, I will be moving into the second half of the quote. I will look at my work objectively, editorially, critically. I will think about what the reader wants and I will work on my draft until it satisfies this criterion. But until then, I give myself free rein to write the way I want to.

Remember that Fawlty Towers episode where Basil manages, against all the odds, to win money on a horse? Even though he had to pay a recalcitrant guest for breaking her newly-bought pot? He handed her the money for it, and was left with a large wodge of notes. ‘What’s that?’ she asked. Basil’s face assumed a rare, satisfied smile. ‘This?’ he said, drawing the notes to his lips. ‘This is mine.’

Well done on getting writing again, Susie - must be a great feeling.

I know so well that horrible self-consciousness that can set in and make every word or phrase feel forced or mannered. It's no just second novelitis, in my experience - it's a recurrent condition that writers have to learn to live with!

I completely concur with what you say and remember my very self-conscious second novel.

Compared to that, i am now very reckless and suspect i might have swung too far back to writing for me.

I think it's all about finding a balance, between writing for yourself and the reader - certainly if you want to get published.

Good luck with it.

Oh Susie, you've inspired me this morning! Off to write - NOW!

Once more with spelling...

That's brilliant, Susie. And the reward of writing, above anything else, is 'writing' itself. At the end of the novel you'll have something that never existed before, something no one else could write! And incidentally, we look forward to hearing about it at the next Famous Five gathering!

This is really timely for me, Susie. I'm not on my second novel, I'm on my [cough] novel, but I have been feeling exactly that pressure to make it perfect before I even start. You've inspired me to get started - thank you!

Rosy, thanks - and arggh! I don't like the sound of that recurrent condition...
Sam, I think reckless is good. You can always draw back from reckless, but you can't so easily move into it.
Yay, Fionnuala!
Derek, thanks also - at least I shall have something to share at the next meeting.
Caroline, all the very best with it. :)
Susiex

Apart from ny first novel, which I wrote purely for my own amusement, I've found them all difficult in their own way.

Book two was hard becasue I was overcome with doubt. Book one was not only published but selling well and I was convinced it was all a fluke.
When I gave book two to my ed and everyone declared it better than the first I was overjoyed. But then book three was harder still to write because I was sure I couldn't keep raising the bar.
I'm currently writing book four and it would be a big fat lie if I werw to say I'm not bricking it and convinced it's pap.
HB x

Great post Susie - I am suffering from the same syndrome myself at the moment and feel inspired now after reading this! I started off Book 2 determined not to make the same mistakes I did writing Book 1 - then I realised that those mistakes had got me the finished product that I now love. So I've decided that perhaps they weren't mistakes after all, just part of the process - I know think of them as 'just how I write'. It makes me feel a lot more in control!

Helen, I reckon it must be much, much harder to keep your novel 'mine, all mine' when it already belongs to a publisher - ie has a contract. Very best of luck with this one - you'll be fine!
Claire, glad you feel inspired, and what a very sensible outlook!
Susiex

Susie, that is such a true and helpful comment from your friend - about the first draft being for you, and the second for your reader. I've just finished my 8th novel and sorry to say, it was harder than ever - you're quite right: when writing your first, you just WRITE. Nothing else gets in the way! I don't think I've ever felt quite so free, since. But in future I'll remember that comment, and write the first draft FOR ME! Thanks for sharing. x

Glad was helpful, Olivia - and congrats on your 8th!
Susiex