Forsooth! Thy Dialogue Doth Not Worke 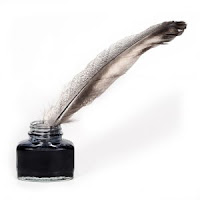 The issue of accuracy in historical fiction is one I'm often asked about. Does the word 'fiction' give a writer licence to ignore historical detail where the story demands it, or should the story be moulded to fit within the known facts, perhaps with a resulting lack of drama?

When people talk about historical inaccuracy, they are usually thinking of outright anachronisms – medieval serfs scrubbing germs off potatoes, or a Tudor apothecary doing CPR. Often, however, it's not that black and white. If I wrote a full exploration of historical accuracy in fiction it would be somewhat too long for a blog post, so I'm going to concentrate today on dialogue – an aspect where getting it 'right' can actively thwart your chances of creating a novel that works.

Let's take an extreme example, and say your book is set in Roman Britain. Are you seriously going to have your Roman characters talking in Latin? What about your heroic underdogs from various Celtic tribes? The likelihood of a significant number of modern readers been well-versed in each of these languages is slim, to say the least. Historical accuracy, in this instance, would prevent the novel ever reaching an audience. Even in the event of someone desperately wanting to read in Latin and Iceni, they would never get the chance because no publisher in their right mind would take it on.

Less extreme dialogue issues crop up for other historical periods – in my first book, set in 18th-century Chester, I had to consider a regional dialect that even people in other parts of the country at the time wouldn't have understood. An exact rendering of the way people spoke would at best slow down the flow of the story and at worst leave readers wondering what on earth was going on. More generally, using thees and thous, forsooths and do-not-yous – although perhaps perfectly accurate to the time your novel is set – can now look clichéd and forced.

On the other hand, to have characters speaking in an identifiably modern voice is equally unsatisfying (although it can be done successfully for comic effect). Dialogue needs to meet the reader's expectations of what is 'historical' without annoying them or making them flick back to a glossary every few lines.
My way of doing historical dialogue is to let myself go completely overboard in the first draft. I don't care how archaic or regional the dialogue sounds – I put whatever instinctively feels right, and at that stage, no one is going to read it anyway. I just bung in as many unusual words and colourful slang as I feel like – it's fun! Later, during the editing process, I replace many of the obscure terms but keep the sentence structure. This is like excavating the bare bones of the speech patterns, so that the dialogue is accessible but still clearly not of our own time.

On occasions, however, a word not in modern use is the perfect word for a character to use, and in these instances I am all for including it. Usually it's possible to make the meaning clear from the context, and most readers are intelligent enough to work it out. (And if not, well... there's not much you can do for some people!)

Writing historical dialogue is not about being historically correct but about using sleight of hand to create an illusion. You have to find the balance that makes the dialogue unobtrusive, so that it fits in so well – it's just so obviously how the characters would speak - that it doesn't even excite comment on whether or not it's accurate. And with that, forsooth, 'tis time for me to ende this blogge-poste and let thee wende forth thy merrie waye.
Posted by Caroline Rance at 06:00

Great post, Caro! I agree that the thees, thous and forsooths can get in the way of natural sounding dialogue. I love the way Sarah Waters does dialogue - I believe she makes some of the words up.

What I hate is when a novel is set in a period within (my) living memory. So you get people in the UK sixties saying "No way!" and "Tell me about it" which they certainly didn't. Now that really irks me!

I had great fun writing my Ancient Egyptian novel, and having got my scoresheets back from 2 competitons recently, it is satisfying to know that my ancient dialogue went down well.

Like you say, Caro, i think the key is not to go overboard. My book is chick litty and humorous, so obviously i have a bit of leeway, but i'm a linguist and could have researched ancient Egyptian language if i'd wanted, found out a bit more about word order etc.

I did buy a book about ancient Egyptian names and insults and fun things like that, and that was very useful and helped me add a certain flavour to the book.

I think the key is to remember that you are writing fiction and thus creating your own world to share with the reader.

Yes, really interesting and something I've often thought/wondered about. Always seems like a giant hurdle to me.
Caro, please write about this again!

Do you think your approach would change if you were pitching to a more / less literary audience? Verily your title maketh me chuckle(th).

Good point about living memory, Geri. I'd certainly be very wary about setting something in the mid-20thC. At least with 18thC no one can come back and tell me I'm wrong!

I do think the literary-ness or otherwise makes a difference. As Sam said, in her genre she had more leeway, and particularly when it's comedy, more modern-sounding speech or references can be very successful. I aim at the same kind of audience as Sarah Waters or Clare Clark (ha ha, who am I trying to kid?) so that's mainly what I'm talking about and perhaps readers have different expectations at the uber-literary or very commercial ends of the spectrum.

Great post! Dialogue is one of my key interests, and though I've often used it in a ridiculous manner in comedic pieces, I think that overall, the dialogue in a story is the 'engine' which drives the plot along and keeps the action fresh.

Thanks for sharing your views, it's much appreciated

An excellent post, Caroline. I'm not that familiar with historical fiction and often wondered about this point.
The dialogue in Kill-Grief was authentic and surprisingly easy to follow, being regional, and I don't think there was one word I came across which was unfamiliar to me.
I definitely think you should elaborate on this in your next blog!

Great post, Caro. And I agree with Geraldine about some authors making words up - which then fit the genre perfectly well and add to the sense of 'belief'.

I think it was Sarah Waters who called a character in one of her Victorian novels, 'moodish'. I loved that.

Great post Caro and something I wondered about when I read Kill Grief. I marvel at the way you (and Emma D) can transport the reader to your world with such authentic dialogue when it's not speech you use everyday?
I find it hard enough dealing with everyday women's chat!

Ah, but I do speak like that every day ;)

Gaining an instinct for historical speech patterns mainly comes from absorbing them through the literature of the time - that's easier for Victorian or Regency periods than for Chaucer's England or Ancient Egypt though!

This is an issue that I have often wondered about. I've read many works of historical fiction that are pitch-perfect, and others where the language just seems jarring in light of the characters/time period.

However, I think you summed it up best when you wrote: "Writing historical dialogue is not about being historically correct but about using sleight of hand to create an illusion." Bravo! No better way to say it than that.