I'm A Celebrity - Get Me A Ghost Writer 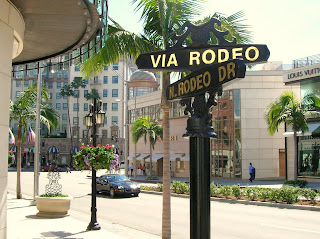 I have a pet hate in the world of literature (if you could call it that) and that's celebrity autobiographies. Two celebrities who irk me the most are Kerry Katona and Katie Price. Oh, and Victoria Beckham, Sharon Osbourne, Peter Andre, Charlotte Church, and those footballers - the Rooney boy, Ronaldo and Beckham, all of whom have 'penned' their life stories. I can tolerate Graham Norton, Jools Holland, Richard Hammond, Gordon Ramsay and Gary Rhodes but that's not to say I want to read their life stories.Celebrities get away with so much, and when it comes to getting a book deal, publishers are falling over themselves to offer as many noughts as possible. It's hardly surprising too that they're not written by the celebs themselves: many footballers I'm sure struggle with spelling, let alone the construction of a semi-coherent sentence. It's frustrating when the books are ghost-written, so tell me why should I buy them? I can read Hello magazine and get as good a glimpse into their lives as the autobiography. People often snap up autobiographies as Christmas gifts, and apparently sales of celeb life stories account for 50 per cent of pre-festive books bought (note - isn't Waterstones filled during December with folk who look like they have never even opened a book - you see them at the tills holding their copies of Ashley Cole's autobiography?) Is it because people like to revel in Schadenfreude, secretly hoping that someone else's childhood was worse than their own?

Three I really must flag up are Chris Moyles' first offering The Gospel According to Chris Moyles, plus his Difficult Second Book, and Russell Brand's Booky Wook, all of which were written by the folk themselves. And they're genuinely funny too. Well done Chris and Russell - big literary pats on the back! I also must confess that I plan to read Davina McCall's account of her life 'Being Davina' purely because I like her telly warmth and charm, but I'm disappointed she didn't scribble it herself.

Putting aside all my prejudices this morning in the office (Thursday) I opened Parky's autobiography which was freshly delivered by the book club and read the first few lines - "Every morning when I woke, I could see the pit from my bedroom window.." - yes, it's engaging and it held my attention. So, I read on a little...and a little more....

A list of the worst-selling celebrity autobiographies was published last year in the Telegraph and it included efforts by Alec Baldwin (an astonishing 12 copies sold within the first month), Christopher Biggins with just over 2,000 copies sold and surprisingly Jade not so Goody's Catch a Falling Star selling just under 6000 copies within the crucial few weeks following release. And there are some cringe-worthy titles too which should raise a giggle or two: They Made A Monkee Out Of Me - Davy Jones, David Hasslehoff's Don't Hassle The Hoff and Andy Murray's Hitting Back. There's also Gene Simmon's Kiss And Make Up and perhaps the best of the bad bunch Tori Spelling's 'sTori Telling' (an alarming Amazon search yielded a follow-up called 'Mommyhood' due June 09).

In my worst nightmare, I can picture myself in the library, browsing the shelves only to be confronted by an armed and dangerous shelf, full of celebrity autobiographies - in which case I'll start running and shouting 'You're a celebrity, get out of here!"
Posted by Gillian McDade at 18:34

So is it the ghostwritten ones that don't satisfy, and the genuine ones that do? I have to say I couldn't finish the self-satisfied Booky-Wook, but loved Paul O'Grady. With a title like 'At My Mother's Knee, and Other Low Joints' it couldn't go wrong, could it?

Great title, Caroline! My longish comment just got lost, so here's what I remember of it... Slebiographies sales are, apparently, falling - I guess because of overkill, what with TV, internet and mags. It's said that their sales 'fund' publishers to take on new novelists, but not sure how true this is. Part of me thinks - good for you, you are making money where you can - and another part thinks - huh. :(
Susiex

Do not say a wrong word against Russell Brand!

I've just finished Julie Walter's book ( and yes, I'm sure she wrote it herself). Let me confess right now, I love Julie Walters, but all the way through I kept thinking: would we really care about any of this if it weren't Julie saying it? I guess celebrity conveys the power to make the mundane of interest to book buyers and therefore generate profits for publishers.

I'd rarely pick up a ghost-written book, whereas ones like Booky Wook were just brilliant.

I love celebrity autobiographies - Simon Cowell, Sharon's, Jane Fonda's, The Bushes... i could go on.

It doesn't bother me one jot if they are ghost written, because it's not the kind of book i'm picking up for the writing, i'm picking it up for the story. I find them funny... inspirational... No, i wouldn't be interested in reading about stars who are just famous for being famous, but many life stories are absolutely fascinating and give you a glimpse into another world.

I agree some are dire, but don't write them all off.

I loved Paul O'Grady's book and the one Dawn French wrote - Dear Fatty. But they wrote them themselves. I like the personal touch. I like the fact that they've sat down and gone through the writing process, as other writers do. I don't read ghost written ones. But if that's where the money is and where some publishers hearts lie, then maybe we should consider a career as a ghost writer?!

It's funny though, isn't it - if a there's a film about a celeb's life, we don't expect them to direct and produce it - but if it's a book, all of a sudden people are up in arms if they haven't written it themselves!

Er, not that i'm saying your arms are in the air, Gillian;)

It's funny because I read the odd copy of Heat and Grazia with the best of them, but find the appeal of the celebrity autobiog really baffling.
Mind you, who could resist that David Hasselhoff title! Hilarious!

There are so many weird, cheesy and wonderful titles - that's just the tip of the iceberg!

I don't mind at all if things are ghostwritten, because not many people are supremely talented at everything and there's no reason for a footballer (for example) to be a good writer. I'd much rather read an autobiography ghostwritten by a top sports journo than by the footballer himself, whose dedication and ability goes into sport rather than literature. (Having said that, I don't read many anway!)

I'm less impressed by fiction that has a celeb name stuck on the front just to get sales - but then again, if people want to buy them, I don't blame the publishers for producing them.

Good points you've raised there Caroline! Thanks for the comments.

Perhaps we do the celeb biographies a disservice. I read Parky’s, Dawn French’s and Julie Walter’s books recently. All very good but I admire the talent and certain amount of humility these people have. As for the other’s that are ghost written, perhaps we do them a disservice in some ways. After all the people that have the Jordan’s and the Jade’s and suchlike as icons probably don’t read much and so, having to read a book about their heroes might just encourage them to read more in general! That probably sounds snotty! Oops!

I don't particularly want to read celeb autobiographies(ghost written or otherwise)either. However, I do suggest you read Richard Hammond's On the Edge. Before you compare it to the likes of Kerry Katona.

Written by Richard & his wife Mindy, not ghost writers. This is no ordinary biography. It is a truthful account of the first few weeks after his jet car accident.

Richard & Mindy do not pull any punches. Resulting in an emotionally charged read. This book will make you laugh & cry. It is no ordinary celebrity book & so shouldn't be judged harshly, just because it's in that section of the book shop.

Great thoughts on a subject that has troubled me for a long time.

I understand that the world has an infatuation with these ego filled airheads that express way too many opinions on issues they are as familiar with or educated on as a three year old is with quantum physics.

This is not meant to judge those who enjoy reading such things for entertainment. If you enjoy it, read it without hesitation.

The speed with which these books come out is amazing. Within weeks of something big happening to one of them, their autobiography suddenly appears. Obviously they had been working on it for years, even with a ghost writer, and coincidentally, it is finished just in time for a load of free publicity.

The upside to this is the employment of some very talented writers who are often able to present in a readable format a translation of the words of a person who couldn't tie two thoughts together with a shoestring.

We can also add the jobs of the editors, press operators, marketers, and graphic artists making the entire venture certainly worthwhile.

I had no idea just how strongly I felt about this until I started writing. I usually try to stay a bit more positive but if these books keep people reading, that is positive.

I agree, if these books encourage people to read who otherwise wouldn't, then it can only be a good thing.

It's not like the old days though, is it, when a star would die and then all the secrets about them would creep out of the woodwork, in various books.

Nowadays it is all much more immediate - but at least that way the celebs are around to defend themselves.

I can't stand Richard Hammond. Nor his pal Jeremy. I wouldn't remotely want to know anything about his accident. I just remember thinking of the cost to the NHS for patching him up.

Great comments - thanks to all!

This is a great post and superbly written, I wonder if you'd consider joining http://www.icepop.com and write for us there?

It's an entertainment news site and good or bad reviews are very welcome.

There is a Ad profit sharing program so you can earn from your writing.

You'd get more traffic to your site here too, due to the exposure.

Please pass by and give it a look.