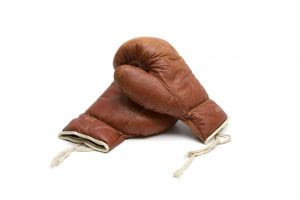 “You can’t have a story with a divorcée as heroine in a woman’s magazine story.” So said one of my students on a course I ran a couple of years ago – “Writing Short Stories for Women’s Magazines.” She was adamant about this. Because, you see, that was the case thirty years ago, apparently, when she last read a story in a woman’s magazine.

Women’s magazine stories are cosy, with happy endings. They never threaten the status quo. Everyone gets their just desserts and the hero and heroine will always walk off into the sunset at the end.

Are you following me here, fellow womag writers? Because you must get this drivel in the ear too, from time to time – invariably from those higher up the literary food chain, “proper” authors who write angsty novels about incest and abuse and who believe the only ending worth its salt is one when the heroine throws herself under a train. Or from people who would seriously love to write for the market but whose only point of reference is the Woman’s Own their mothers used to read back in the early 60’s when men were men and women were expected to be grateful for it.

But times have changed. For the women’s magazine market I’ve written – and sold – a story set in a woman’s refuge; the tale of a boy who attempts to desecrate his mother’s grave because he can’t forgive her for dying and one about a woman turning to alcohol as a way out of the guilt she suffers after being caught “in flagrante” with her lover on the morning she hears about the death of her husband – and that’s just in the last six months. I’ve read a story about a transvestite and one about a woman who waits for her lesbian lover to arrive. Not to mention the one about a woman returning home to her wheelchair bound husband after a one-night stand.

Gaynor Davies, fiction editor of “Woman’s Weekly” has said that they’ll publish stories on any theme, as long as it’s sensitively handled. So no graphic sex or violence, but after that, the gloves are off.

It’s a real challenge to write a story that will stay in a reader’s mind for longer than the time it takes for her to read it. And there’ll always be a place for the comic tale – never more so than at times of recession.

But – People’s Friend apart - magazine editors love stories that challenge the modern reader. Never forget we live in a modern world and tether your stories to that fact. That’s not to say they should be depressing, but they should never be bland. The trick is, I guess, to tackle a tricky subject head on. Offer a resolution, yes, but steer it away from “happy ever after”.

Look through the current batch of women’s magazine this month. Take your lead from a story that touches your heart, maybe because it tackles a controversial issue head on or perhaps because it deals with a situation you, personally, would really prefer to leave to someone else to deal with because, frankly, it seems way too challenging for you.

Unpick it to the bare bones then try to work out exactly how the writer has managed to flesh out her story. Remember the old adage – in writing it’s not what’s said, but what is whispered. If it’s a good story you’ll feel satisfied, when you reach the end that the outcome is the right one, not cheated into being stuck with the obvious one.

Then have a go at writing one yourself.
Posted by Geraldine Ryan at 18:00

Thank you, Geraldine - this is really interesting and thought-provoking. I wrote for the women's mag market during the 1990s and now that I'm targeting the market again I'm amazed at how much has changed in that short time. I fully admit to being one of those novelists who (previously) thought that the tricky social subjects I might tackle in my novels would never see the light of day in a magazine. This was true 10 years ago but you're right - it's not any more. The difference, as you say, is in the handling of the subject, the language used and, I think, the resolution of the story. The changing market keeps us all on our toes and makes sure the material we produce is fresh and up to date. We have to be ready to keep up!

Well put, Write Woman! I think it's a challenge but definitely worth the sweat!

Blimey, shows how long it is since i've regularly read short stories in Women's Mags - they used to be very cosy. It must have been quite suffocating for magazine writers to stick to the safe subjects the whole time.

Have to say i admire the diversity in short story writes nowadays.

Thanks, Geri, for a gutsy post which has certainly taught me something (I haven't read a women's mag story for...can't remember, and as Sam says, they were certainly cosy and fairly predictable back then).
I suppose it's a case of what women read a magazine for: do they want comfort, something they can relate to, challenge, to cheer them up? I guess, different things at different times, and I guess too that any womag editor is looking for a variety of stories in any one issue to appeal to all these?
Susiex

Interesting insight into the women's mag market. Although it's not something I'm familiar with, I do remember sitting in my granny's house when I was young, reading the stories in the People's Friend! Do they still publish it?

I really feel like I've learned something here, Geri, so thanks for a great post. I had no idea of the diversity of subject matter that's out there now in women's mags.
And I'm tempted to try out your suggestion....

Indeed they do publish People's Friend, Gillian - or People's Fiend as a friend of mine used to call it when she was going through a period of trying - and failing - to be published by them.

One of the best women's magazine stories I've ever read was about a woman remembering the anniversary of a miscarriage. The subject was, as you say, sensitively handled - and it was a good story any way you looked at it.

And one I've never forgotten was about a woman who was waiting for her friend to return from Thailand - where she'd spent years in prison for posession of drugs. It was so subtly done, it would have gone over the heads of more sensitive souls (People's Friend readers who'd accidently picked up Woman's Weekly, for instance.)

Like you I've had my share of people saying to me that womag stories were all about cheap twists, or simple boy meets girl. So not true.

And don't we all prefer to read a story that pushes the boundaries?I'm writing one with a homeless man as the central character at the moment. Who knows if it will sell, but I'm more motivated about this than several unfinished romances!