Something old, something new... 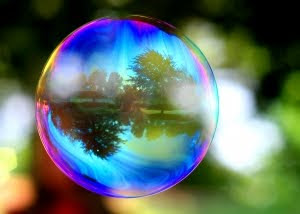 ‘Where do you get your ideas from?’

It’s probably the question writers get asked the most and it usually prompts a bit of an internal sigh. It’s not at all a stupid question though. It’s just one that’s very, very difficult to answer.

So where do they come from? Anywhere and nowhere, I guess, is the short answer.

Ideas can come from: a picture in your mind, an overheard conversation, a news story, a song, a poem; from another book, a movie or TV programme; a gorgeous/ugly/ moving bit of scenery, from a memory, from personal experience...

Okay, I’ll stop there because there are probably a million more ‘sources’ and I bet if you’re reading this you’re thinking I haven’t even mentioned whatever seems the most obvious one to you.

The reason I’ve been mulling on this though, is that I’m in the process of thinking about my third book. My second was already half finished when I got my book deal and originally it was to have a sequel. But as I was writing it, I realised in my heart of hearts that a sequel felt completely wrong. I said nothing but luckily, my very perceptive editor said, ‘You know, I feel you’re holding back in this story. How about putting everything into one book, ditching the sequel idea, and book three can be decided later?’
Phew.

That book is slowly getting there now and my editor wants to have a chat at some point soon about ideas for the next one.

And that’s a bit scary.

Some writers have a constant stream of good ideas. I’m pleased for them, truly I am [smug gits]. But for me, I’m more likely to have one on the boil at a time. So I suddenly felt a bit, shall we say, terrified that I had to produce a very solid idea out of a magician’s hat? So I started wondering in more detail about where MY stories come from. What if I couldn’t think of anything at all?

It didn't help that this summer has been very intense, with a house move in the offing and all sorts of other tricky life issues going on. Thankfully, I was able to go holiday and when I asked myself that question in a relaxed and happy state, I realised that atmospheric settings are very important to me. And looking at some of the incredible places we visited in Northumberland, I started to get the tiniest of tiny story ideas.

It’s so delicate as yet, I daren’t even talk about it out loud in case it’s rubbish. [I’m actually a bit wobbly about even mentioning it here in such veiled terms]
It may be nothing. It may be something. But it has reminded me that this part is one of the best bits of writing.

That's the wonderful thing about germs of ideas, Caroline, isn't it? given the right kind of attention (or even non at all), they will flourish into whatever they want to become... exciting times!

Thanks Debs....I once 'killed' a really promising idea by sitting on it too long and talking about it too much. [Shudder] They need delicate handling, them ideas.

I ususlly find the next idea creeps up on me when I'm right in the middle of something else :-) It's always good to let them marinade.

Hurray for germs of ideas! May they grow to be strong 'n' healthy.

Ideas are such flighty things. Like butterflies. They can flitter for hours, then - jus as you thin they've settled and you can really see colours, they are off again.

Funny, I posted a couple of days ago about how I tried to come up with a story idea methodically. In the process, though, there were two points where a theme just appeared in my head.

In slight contrast to Kate's reply I usually find that interesting new ideas pop into my mind just when I need to actually get down to writing the last one out properly.

Hmm...is a bit worrying that the best ideas seem to come when you're least expecting it or working on something else! It's the first time I've ever had to come up with one 'to order' as such. o.h d..e...a....r!

For my work in progress, I find my problem is that i have too many ideas, WAY too many ideas. The problem I have is choosing what to leave out.

I get very discouraged when I read about other writers having ideas for their next can't wait to get to it project as I fumble with present one and fear grips that I will never have another Idea! “Smug gits” indeed....I mean that in the nicest possible way.

Delighted you found the place where your ideas hatch. Good luck with newest idea.

Ann, thank you..good to know it's not just me.

Neil...you're lucky! I envy you, although I expect that can be frustrating in a different way.