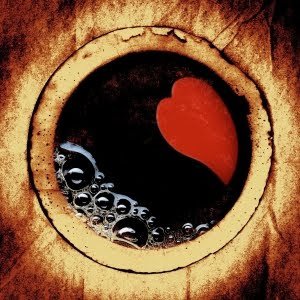 How are you this Monday? Did your alarm go off and you couldn't quite believe the night had disappeared? Did you open your curtains and think, shit, that's the Summer gone then, as a murky September scene greeted you?

If that's the case, then grab a coffee and read on. Maybe I'll be able to inspire you into starting your week with the vigour of of an X Factor contestant getting through to boot camp...or at least convince you not to top yourself with a tea spoon.

Why are you so bloody perky I hear you cry. Aren't you meant to be weeping over your cornflakes over the state of the publishing industry?

To be honest, I probably should be but I'm in full on Pollyanna mode because last week my editor finally signed off on book five. I cannot tell you how great this made me feel. I mean, it's always fab when you get to the end of the editing process and the work is done. But this time the usual sense of release is coupled by an enormous sense of relief.

This dear readers has not been an easy book. I'd heard all about the difficult second albumn syndrome but hadn't been affected. Who could have guessed I'd come so unstuck on book five!!!!! Surely by now I could do this malarky with my eyes shut?

Well let me tell you my eyes were wide open when I had to do a flippin' great re-write. Yes re-write. It would be disingenuous to call it an edit. This was big. Major heart surgery. And it had to be done to a tight deadline. You see the book is called Twenty Twelve and is set during the London Olympics, so not suprisingly, the sales and marketing dudes want it in the shops by next April/May. That'll teach me to come up with the old high concept book. I thought I was being clever but it turns out I was just making a rod for my own back.

Actually, the whole thing made me realise that there are many myths out there doing the rounds that I can dispell in one fell swoop.

1. Editors no longer edit. Wrong, wrong, wrong diddly wrong wrong.
2. Publishers don't care about the quality of high concept, highly commercial work. Sorry, but that's a bunch of crap.
3. Commercial writers stick to a formula and can do it in their sleep. Nice try but no cigar.

Anyhow, I dug deep and got the re-write done. And my ed is....drum roll please...very happy with it.

Now I have a clear path ahead of me. I can do exactly what I want. I can start book six which is due to be subbed in July 2012, or I can tackle on of the other projects that have been calling me. Or I could do bugger all for a couple of weeks. Life don't get much sweeter than this.

So I'm going to raise a cuppa to you all out there and hope that some of this great feeling is contagious. Happy Monday.

Email ThisBlogThis!Share to TwitterShare to FacebookShare to Pinterest
Labels: the publishing industry, The X Factor

Great example of persistence - thank you. Good luck with book 6.

Congratulations - there's nothing like an accept to perk up your week but maybe because it's spring here - the Monday blues didn't seem so bad either.

I hate you. Right now.
I know I hate you because Mr.Green eyed monster is growing fat eating my heart out of my chest. However it will pass.......... until then (head face down on keyboard) stop being so cheery - oh just remembered you had the second album block - now I'm feeling perky.

Congratulations! And it's great to hear the busted myths, too.

Blimey, I seem to be repeating myself...

Hope you're raising more than a cuppa, Helen!