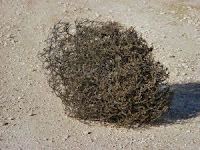 I’ve been in the wilderness for a while. Unable to write, because my powers of concentration were reduced to that which would fill a thimble. I have also been unable to read for the same reasons. So, for the last two months, I have been introduced to and reduced to, the empty and barren world of daytime television. And sitting still... No exercise at all, since a walk upstairs rendered me breathless and panting. An acute bout of pneumonia will do that to a girl.

So, if you need any advice on Homes Under The Hammer, The Matthew Wright show, The Jeremy Kyle show (bless me Father for I have sinned...) Judge Judy, The Real Housewives of various USA Counties, To Build Or Not To Build - call me. Having a dodgy lung has reduced me to a panting vegetable. The hubster, trying to inject a little humour into my very un-funny situation suggested I set up a sex phone line. Panting could earn some money, he said. The fact that I thought about it, albeit briefly, shows how bad things had become.

Two months on, I’m still clock watching to take the next pain relief, however, I do feel better. I feel my brain is once again demanding more; I can walk up the stairs without sounding like an audition for a porn movie; I can read a newspaper without falling asleep (although...) When I close my eyes and imagine my brain, I now see it as a functioning, pulsing organ with lobes and a stem, rather than an empty, threaded bit of floating tumble weed. Once again, I’m reading a book without wanting to put it down after two pages and here I am, at last, writing.

Everything happens for a reason and in between all the crap television programmes, there was an odd gem - tightly written or suspenseful, or plain old brilliantly crafted characters in a drama like Downton Abbey. I watched the whole of series one on DVD just in time to see series two start last Sunday. It made me want to write a screen play, something I’ve never thought of doing before. How different can it be to writing a lot of dialogue? It’s a lot of dialogue with stage order thingys isn’t it? Or is it? Something tells me my recovering brain may be oversimplifying this somewhat. I’m no Julian Fellowes, but I still think I want to give the scriptwriting thing a go.

Has anyone out there done any courses? Any books (now that I can read again) to recommend? Advice on the different crafts of script writing versus novel writing? I need to get my teeth into something new and challenging, remind myself that my brain like the rest of my muscles that have been semi retired for the last two months, now need flexing and exercising. Wish me luck...

Sorry to hear you've been so poorly. I highly recommend Holly Lisle's online courses. I took one recently, learnt loads and definitely got my money's worth. Age knows her stuff.

'She' knows her stuff.

Well, you certainly haven't lost your sense of humour Fionnuala. Ever thought of writing comedy? Hope you are better soon.

Thanks for that Cally. I'll have a look at the HL ones on offer.

Maggie May, I'd love to write comedy but somehow always feel what I write sounds a bit contrived?

Thx for the good wishes.

Fionnuala, that sounds horrible, I'm so sorry - but good to know you're on the mend.

Thanks Emma - definitely on the mend and pen in hand, raring to go...