Contractions and a contract 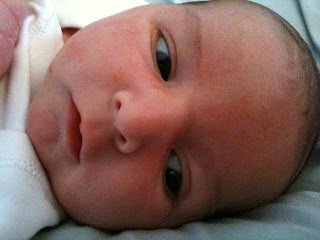 This has been a summer of contractions and a contract.

On August 1 at 6:16am hubby and I gave birth to Amelie (7lbs 11oz) and a few days later I signed a contract for Novel Two (Novel One is currently on the backburner). If truth be told, the novel was far more painful and laborious, despite mum having hyperemesis from hell (extreme sickness) for nine months. The book took around two years from start to finish, whereas my labour (as a first timer!) was four hours and up until the last eighty minutes or so, relatively painless which I attribute to my chiropractic treatment.

Conception is just the beginning. From conceiving those ideas in a flash of inspiration and getting them down on a piece of paper, to the foetus developing into a perfectly formed baby, often I look back on both and wonder how it all started. And every parent I'm sure has gone gaga over early scans, aka the rough draft, wondering whether or not everything will turn out right and if all the bits and pieces will be in the right places.

When we found out Baby was healthy and doing well, we began to look forward to the end result, bound in flawless skin, like a fine leather book engraved in intricate detail.

With a birth and a book comes the plans. The birth plan went reasonably well - from waters breaking naturally to a fast birth and minimal pain relief, I was happy. Admittedly it did go a bit pear-shaped at the very end thanks to my soaring blood pressure, and the recovery has been hellish. However, I’m dealing with the aftermath by pulling my anger away from the forceps and trying to focus on Book Two - which had a plan. It was a lovely detailed plan and I stuck rigidly to it. Now and then I wandered off course, but that's part of giving birth to a book. We can't have it all our way.

The urge to push is very strange. It’s like (TMI alert) expelling a cannonball and for me, similar to the desperate urge to push on with a work in progress and meet those self-set deadlines. Once you have that initial idea for the book, you need to expand on it before the inspiration disintegrates into the hectic blur of daily life. Likewise, every parent nurtures a growing child, feeding, taking care of him or her and guiding the offspring in the right direction.

My book will no doubt be the subject of a future blog post, and like a parent rejoices over the safe delivery of a baby, I’ll also rejoice over the appearance of it.
Posted by Gillian McDade at 06:00

Congratulations on both your 'conceptions' and may they both flourish.
Susiex

You've brought back all sorts of memories! Hyperemesis, giving birth and the fact that I still have a novel to finish! x

Love the comparisons, Gillian, and so glad mum and Amelie are doing well.

Thanks, Fi and Sam! Xx

Congratulations on both your offspring!