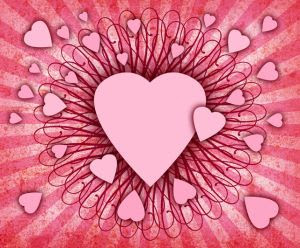 Writing and writing projects really are like the lover from hell.


Remember that awful feeling? The relationship is over – it’s stale, it’s going nowhere. You just haven’t told the other person yet. You ask for outsiders’ opinions, they tell you to try again but it’s too late, you’ve already got your heart set on someone else. Does this sound familiar? When you’re sick of a project and a new one is calling to you, making you feel disloyal for the excitement it ignites, for the resentment you feel at the old words and sentences you’ve reworked to death all those months before. Moving on - it’s a difficult thing. But when the time is right – and you’ll know – whether it’s after a stack of rejections or after some brutal advice from an editorial agency, or simply a voice in your head telling you that your plot and themes just don’t work… The deed has to be done. Cruel to be kind. Onwards and upwards. Allow yourself to fall in love with a new plot and set of characters.

La la laaaaa, la la laaaaa, I’m too sexy for my pen, you can’t touch me, I’m on cloud nine, my hair is strong, my nails hard, my eyes bright, the world is great, la la laaaaa…Talk about falling in love! This main character is original or what! And as for the plot! And my new style! This time I know it’s the one.
Yeah, yeah, it’s pretty great, isn't it, that initial first draft buzz? Yet, *months later*… Why have I still reached 100,000 words and am still not near the end? It's becomes like bad sex, when you and your muse must force the words, even though neither of you are in the mood. The magic's gone, that spark that once bore such hope.
*Sob*. How could I have been so stupid? Did I really think this was going anywhere? How come everyone else can see what’s wrong but I can’t? It’s all pointless, I’m worthless and may as well give up now.
The buzz means nothing in the long run. Enjoy it for what it is – a necessary rush of adrenaline that gets things started but sadly can’t protect you from disappointment and rejection.

*Whispers* - speaking personally, I’ve had four big literary loves – apart from some ongoing affairs with, ahem, blogs and forums, mere fumblings I’ve allowed myself to enjoy, convincing myself they were as important as my writing. My Big Four are called “Poppy Love,” “Moon in Taurus,” “From Zero to Nero,” and finally “Lunch Date with a Tomb Robber”. From the first three, difficult as it was, I moved on. And my fourth? Well, it’s early days, but, shhh! Don’t tell anyone, the prospects are looking good as I still feel that tingling enthusiasm, I still believe in my story, I’m still prepared to put in the work. And as to whether there’s a realistic future for me and Number Four, time will tell. But if my heart’s broken again and this one too is put to - or literally under the - bed, I trust, deep down, that a new set of characters, a new plot, will heal the break and get the passion pumping once more.

Interesting post, Samantha. I too have had many affairs in the literary sense. Shallow and unmeaningful daliances - mere fleeting dances that have soon been forgotten. I seem to move from one failed relationship to another - from short story to short story, article to article, never sticking around long enough to give each one the chance it deserves!

Maybe I'll settle down one day who knows? But for now I'm happy to play the literary field!

Tis better to have loved and lost ...and then go on to win! Which you will, Sam.

Lovely post to cheer a Monday morning, Sam. I know exactly what you mean and really do find the initital stages of a project like falling in love...

Well, you know what they say about kissing lots of frogs first, Julie...:)

Aw thanks, Sarah - and yes, i agree, better to have taken the risk than play it safe.

Oh this made me laugh, Sam.
I seem to always have a lot of projects on the go at any one time.
Hmmmmmmm.

Yes, it's the worst isn't it, Susie, having to be the one to instigate and take responsibility for moving on - whether it's human or literary lovers.

Ooh, Helen, you Scarlet Woman, you!:)

It is heartbreaking though, having to diss a project, a realisation that you could have done better. Toughens up the old skin.

couldn't agree more, Samantha. I cheated on my 85Thou adult WIP for a spot of teenage tomfoolery and have received more interest from agents for having done so! http://chicklittings.blogspot.com/2009/08/everylove.html
Sometimes you just *know* when something's *right*, don't you?!

Lovely stuff, Sam. You have a great voice. But spookily similar theme to my much less amusing take on WIP dumping.

LOL Debs! YOur betrayal paid off!

Thanks, Susannah - ooh, looking forward to reading that post, can always do with tips for dumping wips..

I'm not amazed by your enthusiasm. I share it. I've fallen in love about 10 times this month with various short stories etc. Check them out - they're mainly about dating disasters.
http://plentymorefishoutofwater.blogspot.com/
All the best
x