Guest Blog by Josa Young - A Passion for Writing 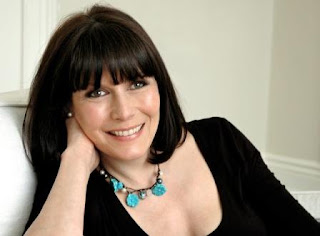 Working is writing for me. Nothing else seems quite like work, and I love working and achieving something as many days in the month as possible. When I was trapped in a corporate nightmare a few years ago, I would feel grubby and unfulfilled at the end of most days. The only thing I was allowed to write were reports that circulated internally like bored goldfish in an algae-infested tank. Other people in my 'team' did nothing at all as far as I could tell except a bizarre activity called management, that involved telling other people what to do - but only when you had no idea how to do it yourself. I could have taken the piss and written a novel and no one would have noticed, but that would have made me feel even grubbier.
When I was young, physically my writing life was words on paper spooling out of the top of the typewriter with a ting at the end of every line. Then I saw films from the US that featured word processors and I longed and longed for one of those. In the mid-1980s I got an Amstrad, and then the words would appear on a screen, where they could be edited. I did long to write fiction, and tried some short stories - had one published in a magazine when I was at Cambridge (sub Switch Bitch) and another very nearly made it onto Radio 4.
I earned my living as a consumer journalist, having been a Vogue Talent Contest winner while in my last year reading English at Cambridge. When my children started arriving I began to specialise in maternity leave cover at senior levels in magazines and newspapers. Deputy editor of Elle Decoration;. Commissioning editor on the Times Weekend section for instance. Very little time to write, but I still was doing something that resembled what I loved.
My mother died when I had two small children. I needed to get away, so I went on an Arvon course taught by the glorious Beryl Bainbridge, and Nicholas Shakespeare (who had been at Cambridge at the same time as me, and told me I had verbal diarrhoea when I wrote very fast). I wrote and wrote. It was raw and rather personal and not very good. But it made me feel better. Beryl was very encouraging and said I must get on with a novel. Something snapped inside me and I felt freed to do fiction at last. I bought a portable word processor (precursor of the laptop). While features writing at Slimming magazine, a plot came to me. And as soon as the contract ended, I started bashing away, five days a week during office hours for five weeks until I was once again engulfed in magazine land. The time flew, the words flew out of my fingers. My characters did all kinds of things, including flying. It was the first version of One Apple Tasted.
When I had finished, I chucked it all on the floor and shuffled it into some kind of order. I then bumped into a family friend, who offered to be my agent. I was so excited. Which is why I am not so excited now. As you can tell by the publication date, One Apple Tasted was a long time in a bottom drawer. I have written other bits of things since, but the rejection letters gave me a bad case of block. Along with the pram in the hall and all the chaos of a life lived. I need to get on with the next novel, Sail Upon the Land. It is in my head and on bits of paper, and needs to come together through the racing fingers once again.
My message to all aspiring writers is, it is passion communicated that works for readers. Doesn't matter what kind of passion as long as the feeling is there. Your readers will connect with your passion. Go for it. I hope you get there quicker than I did.

Do visit Josa's website for more information about her and One Apple Tasted.
Author Portrait courtesy of Christian Cunningham
Posted by Administrator at 06:00

Thank you, Josa - fascinating to hear about your journey. I so agree about passion. Am sure that's why the first novel is often the best, because it's written with the innocence of passion. After that, market needs get in the way. It seems really important to allow yourself time to build up a head of (passionate) steam again before writing the next. Very best of luck with it!
Susiex

An inspiring post, Josa, thank you. I think it's the passion that keeps us going - my journey has already been a long and rocky one, so far without the prize of a publishing deal... If the love wasn't there i'd have given up long ago.

Good luck with the book!

Rosa, as a fellow journo your line about it vaguely satisfying the writing itch [but not completely] really resonated with me. I was also a young mother without a mum around, so that did too.
Thanks for an interesting post and good luck with the book!

Great post Josa, and congratulations on the book. I agree writing is like an infestation. It gets under the skin and becomes part of you - or do you become part of it?

I love the fact that people write no matter what's going on in their lives - it's so encouraging to know you're not the only one out there trying to write under sometimes difficult circumstances.

I have your book and am very much looking forward to reading it.

Josa, thank you for this. You're absolutely right about the passion, but it was seeing it put in context by your story (especially that dire episode spent in corporate purgatory) which really "pinged" with me. Good luck with the next leg of your journey; I love the two titles you shared with us here.

Josa here: thank you for all your kind comments. x