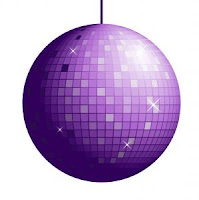 Tonight's the night! Strictly Come Dancing, the show to which our blog pays homage, is bringing its warm, friendly glitter and glamour back to the screens.

Brucie will crack the same old cringe-worthy jokes and then say 'think about it' in case we're too thick to understand. Viewers at home will lament the ditching of Arlene. The dancers will nervously await their first moment of glory, and across the land grumpy dads on sofas will comment “never 'eard of 'im,” and “who's she when she's at home?”

Much as I enjoy Strictly Come Dancing, I have some sympathy for the view that it is scraping the barrel with its choice of celebrities. It could even get to the point where they'll be reduced to asking me to be on it. As a result, viewers initially tend to scoff about the contestants. Who on earth are they? What have they ever done? Isn't it a disgrace that anyone thin and young can get on TV these days without proper talent?

But if this series is anything like the last, we'll get to see the real reason why they are marginally more famous than us. Some of the contestants – maybe not the ones we expected – will turn out to be very, very good at dancing. Not only that, but they will spend phenomenal numbers of hours practising. They will get things wrong, they will crash to the floor, they will have moments of despair and self-doubt, they will carry on through illness or injury, repeating the steps however many times it takes to get them right. The sheer physical and emotional effort involved is incredible to those of us more familiar with Viennese Whirls than Viennese waltzes.

And where has that level of ability and determination got them so far? A minor role in The Bill or something. No wonder the rest of us aren't on the telly!

Sometimes in trying to make sense of rejection after rejection, writers look for reasons why others have got published - and it has to be anything other than the uncomfortable idea that they are talented and hard-working. If an acquaintance appears to dash off a first draft in two months, give it a quick glance through for typos and have a £100K advance by the next weekend – well, surely there must be some rational explanation for their success.

The lovely readers of Strictly Writing are not the type to whinge that others had unfair advantages, but you've probably all seen it happen in the more cut-throat corners of the writerly internet. New authors, people say, must have known someone in the business. They got published because they're blonde and pretty. Their great aunt was Agatha Christie's hairdresser's cousin; they went to Eton or did a week's work experience at Penguin in 1989.

Well, for most previously unknown novelists, the only rational explanation is that they worked outstandingly hard behind the scenes – for years, usually – cultivating their talent and practising until they got things right. That's all. Even that was never guaranteed to be enough to win a publisher's vote, but at last they made it into print on the strength of that effort and not because of what they look like or who they went to school with. We don't get to see just what it took because there was no one there to film the mistakes and challenges on the way, but we can rest assured that they happened.
Getting published might not involve glamorous frocks, glittering trophies or terrible jokes from Brucie, but it requires so much genuine work and determination that it's certainly an achievement worth dancing about!
Posted by Caroline Rance at 06:00

Great post Caro.... although I am the only person in the entire country who doesn't watch SCD. Does that mean I'm not allowed to blog any more :(

Well said Caro. I don't watch SCD often but you're right - it's hard work that makes it all look effortless.

What a great post, Caroline, and so true - i think people lose sight of the fact that some z-list celebs have nevertheless had to work very hard to get where they are - a bit like the unpublished authors amongst us; just because we aren't published, doesn't mean we don't work hard.

Of course, writing would be even more fun with a few spangly dresses - maybe that's where i'm going wrong!

I read your post with interest, Caroline. I have never actually seen the show! Nor the ice one! Crawls away....

Great post, Caroline. I can't remember which author it was, but she said, 'It's taken me 20 years of hard work to become an 'overnight success'.
I think with anything, it takes practice and patience. A sportsman/woman doesn't automatically become an olympic winner, it takes years of dedication and hard work, the same goes for writing. Persevere and keep working hard and you will get that medal in the end.

All true!
I think it's just too easy to belittle another writer's work.
Far less painful to assume they knew someone, or they've sold loads because of clever marketing than to ask serious questions about why your own work isn't selling.
HB x

Thanks all! Last night I sat near a very famous person, so I think I've absorbed enough fame to be invited onto Strictly Come Dancing next year!

Your comment really sums it up Helen, and I don't think people usually search for other explanations out of jealousy or spite, but because they're trying to make sense of their own situation.

I think it doesn't help that the media stories we all angle and pitch for tend not to go on and on about the boring hard work, but on the neat story of the publishing friend or the inspiring Italian retreat or the heart-breaking death of a husband now transmuted into...

Tho' I've seen one or two recently which did, more or less say, 'I sent it out and it was crap, and then I sat down and spent a decade learning how to do it properly'.

And as WriteWorders will know, I have my own personal beef with the attitude that it's who you know or who you are that will get you success, not the fact that you knuckled down and learnt your craft in boring obscurity.

What I love about Strictly (W, not CD) - and Ilm sorry that this is a complete sidetrack -is that it doesn't say at the top who is posting. This means we get to play the game of guessing who's writing the post as we read down.

I had this one down as Sam for about a paragraph, and then decided it was Caro - yay, me!

Great post, Caroline! And yes, very true. I'm so grateful that my writerly stumbles and falls are not being filmed and broadcast - though critiques can sometimes have a similar effect!
I watched Strictly last night, but found it curiously unexciting, compared with previous years. Perhaps it's because they're all new (and, as you say, mostly unknown). It still irritates me to see Arlene replaced by a young, glamorous woman. And whatever happened to Darcey Bussell??
Susiex

Hmmm... thought provoking.
Hardwork produces the goods but networking, contacts and timing all play their part too. Take comedy writing; if you're not in London, Manchester, Glasgow or Bristol, best think about moving. I think for writers, the successful marketing and sale of our goods is a bit of a dark art.

OOh, yes, i'd like all the sparkly posts attributed to me, Rosy:)

Well i watched last night and felt that Arlene's comments, based on years of experience in dance, were sorely lacking.

Did anyone notice how they've made Alesha over to look like Cheryl Cole?

I'm not a fan of SCD - usually because it clashes with X factor on which I am hooked. But you are so right about it all being down to damned hard work and perserverance.

I don't agree with this at all, I'm afraid. Not through having a problem with anyone else but simply by seeing the disproportionate numbers of books by celebrities that are out there whether they can write or not.

How can you argue this when Jordan is one of the top-selling children's authors?

There are heaps of celebrities lending their brandnames to books (as it were). If you are a person with a lot of platform you are far more likely to be published.

Did Jordan spend a couple of decades "learning her craft". Come on people!

That's why I specifically referred to 'previously unknown novelists', Rosy! :) Jordan et al were already known for non-writing-related things before their books were commissioned. The same is not true for the hundreds of new writers who, happily, are getting published in spite of the challenges.

I do think, however, that the prevalence of celebrity books is an understandable reason why people try to explain away others' publication. It's a confusing business and I don't blame people for trying to make sense of it, but their assumptions undermine the genuine talent and effort that went into the vast majority of books on the bookshop shelves.