A Font of Knowledge - Guest post by Deborah Durbin 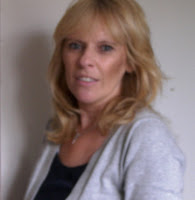 Deborah Durbin has been a freelance journalist for 12 years, contributing features to numerous publications including My Weekly, Fate & Fortune, It's Fate, Natural Health and The Daily Express. She is also the author of 12 non-fiction books. You can visit her website at www.deborahdurbin.com, and her blog at http://deborah-durbin.blogspot.com/
So far this week I have learned that if you mix strawberries, mint, lemon juice and a little milk powder together you can create the most marvellous, natural face-pack. I’ve also learned that if you apply honey to a burn, it will heal much quicker and it will also prevent scarring. I now also know that a study carried out in the Netherlands found that by drinking three to four cups of the nation's favourite drink you can reduce the risk of heart attack and stroke by up to 70 percent.
As a freelance journalist this is the best part of my job; learning about things that I might never have had the opportunity to know about and it amazes me how much trivia I now know – I think I would make a good contestant on Who Wants to be a Millionaire?.

I mainly write for the women’s lifestyle market, so it covers quite an extensive range of topics: in my 12 years as a journalist I have covered a diverse amount of subjects; from Native American Astrology to 50 facts you never knew about chocolate and almost everything in between.

A feature I was recently commissioned to write was about cellular memory – something I had never heard of before. For those that don’t know, Cellular memory is when a transplant donor recipient adopts the personality, habits and traits of the organ donor. I found it fascinating as I read through pages of case-study notes from transplant patients describing how they suddenly had a penchant for food they hated prior to their transplant. One recipient, who was given the heart of a murdered 10-year-old girl, reported being plagued by nightmares of the murder and told detectives working on the case not only where the girl had been murdered, but the weapon used, along with the address of where to find the killer. The murderer was convicted on the basis of this evidence.

Had I not been asked to write this piece, I would know nothing about the effects of cellular memory. One of the great things about writing features is the amount of information you gain as you research the topic of interest. I may never use this information again, accept perhaps for breaking-the-ice conversations at dinner parties, but if I’m ever anyone’s ‘phone-a-friend’ and Chris Tarrant should ask me what beverage would prevent someone having a heart attack, I will be able to answer with confidence.
Posted by Caroline Rance at 06:00

Email ThisBlogThis!Share to TwitterShare to FacebookShare to Pinterest
Labels: cellular memory, journalism, natural face pack, Who Wants to be a Millionaire?

Thank you for posting.

Where where where can i get hold of your article on cellular memory? That is one of the most fascinating things I've read in years. I heard a one-off story on these lines years ago and it was ridiculed as bad science. Interesting to know there's a body of research on it now.

Hi Susannah,
The item on cellular memory was for a magazine called High Spirit. If you email me I will send you a scanned copy to read.

Interesting post.
You've obviously made a career of this, Deborah. How did you get started?
HB x

Hi Helen,
Having spent an eternity doing a variety of unsuitable jobs, including castrating piglets, (vet's assistant) and being chased around an office by a letcherious boss (secretary), I decided to train as a journalist when my 2nd daughter was born. When I qualified I started out on my local paper. I was only being paid 15p per line and much of my reporting was about things like the oddest shaped vegetable at the village fete, but it was good experience. A sound bit of advice I was given by my tutor was to initially write for free because not only does it build up a portfolio, editors will remember you and request more work from you - and pay you for it.

Really interesting post, Deborah - thanks. The cellular memory thing is fascinating. I wonder if a documentary has ever been made about it?
Susiex

As a (yet to be published) novelist, i find there is a real danger in getting carried away with research, it can be so fascinating. And then there is the added problem of being tempted to info-dump it all in, because you want to share it! I've recently started writing historical fiction and have to be very strict with myself.

I have heard of cellular memory and saw a programme once discussing whether hearts should be transplanted, as there is evidence this organ holds memory similar to how the brain does.

Fascinating. There's definitely a novel in there somewhere!

What a fabulous novel this would make - how fascinating.

Hi, Deborah, great post - you've covered so many different subjects and I think that's a key trait in journalists - having an inquiring mind and the ability to be versatile in what you write about.

I'm also a great advocate for writing for free. Community mags are a great place to start and I have been published in a few - it's all good writing practice!

Jodi Picoult has written about it apparently in Change of Heart. And there are several films - usually of the Gary Gilmore's eyes variety. It would be good to read (or write) a more subtle version.

Thank you all for your kind comments:) I can see a few novelists here, tapping their pens and thinking...I wonder....:)