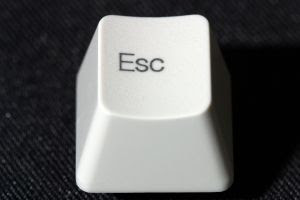 What do you call yourself?

I mean, here on Strictly we’ve already said that if you write - whether for profit or pleasure or to get your own back on that bitch who stole your boyfriend back in 197 – blah! (writers and elephants have long memories!) - then a writer is what you are.

But are you a poet, a children’s writer, a crime writer, a novelist of lit fic, chick lit or would you, like me, rather not nit pick? A writer is a writer is a writer. Throw the word “genre” to the critics, and leave them to fight it out between them.

Deciding which genre to write in is a bit like putting the cart before the horse. When I took my first tentative steps at writing a story, all I wanted was to write something that pleased first myself, then my teacher, then the rest of my writing class. So I wanted to create something to capture their imaginations, with neat dialogue, rollicking humour, great characters and – which is a thing I’ve chased ever since – heart. Not the slushy, mushy stuff, but the little nugget of truth that emerges when you’ve read to the end and that points up the world from a different angle. A work in progress, that one.

If we attend beginners’ writing classes then we do tend to be encouraged towards the short story, which I was. And we do tend to be encouraged to write for adults, which again applied to me. But then I joined another group where the task was to write something longer on the theme of “a secret”. “After Harriet” became my first novel – though more properly it would be described as a novella, as I guess it was only about 50,000 words in length.

Maybe because of that fact, and also because it was a “coming of age” story, about a 17 year old girl who blames herself for her sister’s death and the subsequent break up of her parents’ marriage it came to be seen as a young adult novel and I came to be seen as a writer for young adults. Although by the time I’d bagged an agent I’d already been writing short stories for women’s magazines for quite a while.

Did I think, when I started “After Harriet” that I was writing for teenagers? I don’t think the thought ever crossed my mind. I was writing a story I wanted to tell and it just so happened that the main character was 17. I went on to write two more novels for young adults but I don’t think in either case that I put the audience before the story.

Having got into writing through the women’s magazine market I was already well-trained in avoiding bad language – in fact I probably got away with more bad language in the YA novels than I ever would when writing a woman’s magazine story. And I’d learned about starting the story immediately and introducing plenty of drama and tension early on from writing stories as short as 1200 words.

Even the themes were similar – guilt, jealousy, love, fear, suspicion, lack of confidence, triumph and disaster - all the usual suspects and all within the context of the family or friendship group.

I tried to avoid teenage slang, knowing how quickly it dates, but the kind of stories women’s mags take often tend towards the colloquial and chatty, with lots of dialogue and very little in the way of overlong description and here again was something I could transport from one genre to another.

I no longer write for teenagers. Though that’s not to say I never will. I don’t write novels either, but maybe I will one day, when the kids are finally off my hands for good and making their own living. (I don’t think I could afford to write a novel right now!) Nowadays I write stories and serials, but when people ask me what sort of stories, it’s impossible to answer. Romance? Yes, sometimes. Comedy? Definitely. Family drama? Tick. One day I found myself writing a crime story. Me! Who is total rubbish at plotting and could never guess whodunit in a Poirot no matter how many clues were laid down. Since that first foray into crime I’ve lost count how many I’ve written in serial or story form. I’ve even ventured into sci-fi with a bit of time travel.

Many writers feel that the genre chooses them and not the other way round, but I do wonder if occasionally we are kidding ourselves. I wrote short stories initially because I didn’t have great chunks of time and the length suited me. I don’t write novels for adults because I only tend to read literary ones and since I couldn’t write one as good as any my favourite authors have written then I’d rather not enter the race. Similarly I don’t write poetry because I am too scared.

But it’s good to stick your toe into the genre pool and try something different. You never know, you might discover that all this time you’ve been dutifully writing your literary novel and suddenly you discover your real talent lies in writing scripts, or graphic novels or historical fiction.

The world of words can be a big, scary one. But writers are in charge of their own destinies. Maybe we should all stop being intimidated by the genre word, step out of our comfort zones and show it who’s boss.

Now, to that screenplay I’ve been contemplating. Scene 1. A dark and stormy night…..
Posted by Geraldine Ryan at 06:00

Very interesting.
I know I'm described by my agent, editor etc as a crime writer, and I just went with it really.

But I very often have ideas for radio plays, drama's for the telly, children's stories etc.
I don't like the idea that I won't ever write them.

On my passport it says writer, and that'll do for me.
HB x

I loved this post, Geri, and it has really made me think. I started off trying to write for adults but when I first had a go at children's fiction, it felt like 'coming home'. I'm too scared to try a script. Or write crime fiction. I'm a heathen about poetry too. But it does seem strangely tempting, to try something new. And no one need ever know..

I couldn't agree more, Geri. My last one could have been described as any of the following: chick lit, mystery, fantasy, paranormal, romance with a bit of crime thrown in. I too surprised myself once i tried something different.

I very much admire your diversity and agree that writers pigeon-hole themselves sometimes, and shouldn't.

I'm distrustful of the whole genre classification. A story is a story. It may have qualities of this or that genre, but if it is true to itself it is merely a story that included the components it needs, regardless of whether they "belong" to a genre.

Because of this, I think a committed writer can transcend or even redefine a genre. Why not a mystery novel that has the qualities of literature? (Dorothy Sayers) Or a young adult novel with overtones of Greek tragedy? And so on. The demands of the story are what should dictate the writing, with the expectations of the marketplace a distant second.

Great post, Geri. It's like life, isn't it - all too easy to pigeonhole yourself into one thin category. I tried short stories and the beginning of a novel in my twenties (as you do), spent years writing poetry, then wrote a non-fiction book and thought this was 'it'. Then I went on a 'how to write a novel' course and set off on a whole new trajectory. Why not? I feel sure that one 'genre' enriches the others.
Susiex

Great advice - although I come at it from the opposite direction. I'm very comfortable with certain genres of fiction - fantasy, SF - but writing realist/literary fiction has often felt, for me, like venturing into an unknown "genre".

Definitely worth doing though ...

Thing is, we may hate being put in a pigeon-hole but we sure as hell want to be put on a shelf (in the book sense). And the problem is that booksellers need to know which shelf, otherwise they get frightened and rabbit-in-headlightsy. And they prefer it when they can always put us on the same shelf because they/we can sell more books that way (usually). When i wrote two books for younger-than-teenagers, even my publishers had a problem and kept changing their minds about which catoegory the books should be in, let alone what sort of writer I was. Of course we want to be able to transcend genres, but we need to understand the potential downsides. And the reasons.

Yes, Nicola, but we should just get on and write the story and let the publishers fight about where to slot it. Otherwise, ultimately, we become like those X-Factor contestants, happy to be humiliated by clothes and hairstyles we feel uncomfortable with, just so we can be famous for fifteen minutes.

This is all so true, Geri - and so are everyone's comments. I certainly didn't write my first novel with any genre in mind, and I still prefer to call my books 'contemporary relationship stories', but I don't care if people label them RomCom, or ChickLit, or anything else really (as long as it's not 'Rubbish'!). But on the other hand, it's true that booksellers want categorisation; and therefore, I hate to say it, but if we want publication, we're wise to conform, and suggest where our books might be 'slotted'. That's not to say we can't flit from genre to genre. But once we're 'known' for a certain type of work, I think it's quite difficult to depart from it, without a name change anyway.

I think that's where writing short stories differs from novel writing. We can experiment within that genre and write crime, sci-fi, comic, romance and the editors won't bat an eyelid.

I love what you said about writing the story that comes to you, and letting the genre come later. I think that so often I am thinking about the audience I want to reach that I forget the story I want to tell, because I keep trying to smoosh it into the little box I've set up for myself by deciding on a particular genre.

This is some inspiring thought as I continue to delve into my current writing project. Hmmm...

If people ask me what I do for a living, I reply 'I'm a writer' but if I break it down further, I'm:

* a playwright (the main way I earn money from my writing),
* a fantasy novelist (as yet unpublished), and
* a blogger which I consider to be a valid vehicle for my writing too.

What I love most about being 'a writer' is being able to apply my skills in varied ways.

Thanks for your comments, Anna and Fi and welcome to Strictly Writing.