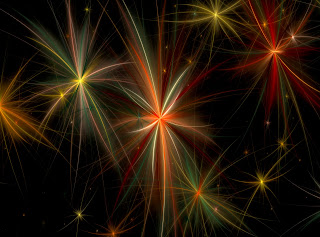 Those new year resolutions always go out the window, don't they? Quit eating too much chocolate, start going to the gym at least twice a week, drop two dress sizes and so on. To be honest, I never bothered with them for precisely that reason. Besides, if a 'new year' resolution is worth making, it can be made when it pops into the brain, whether that be July or October.

However I'm breaking with my own (self-imposed) tradition of non-new year resolutioning, and making a few goals of my own. My first is to never buy, or to be talked into buying any sort of e-reading device, whether that be the Kindle or the Sony Reader. Sorry, the luddite in me says if I want to read a book, I want it printed on paper (apologies to the Amazon rainforest!) I do not want to read it off a screen. That's too much like sitting at a computer which equals work. I want a colourful cover which I can run my hand over, and I do not want to have to rely on an electronic device which may break down. Thanks anyway, but I'll stick to Waterstones.

My second is to read more books. Last year I managed a grand total of 12 which is poor to say the least. However there are only so many hours in the day, and juggling a job with own writing projects can be difficult. Once we get the dreaded Christmas onslaught of sleb books out of the way, I can't help but get excited at a new reading year, wondering what the publishers will throw our way. (And congratulations to you if you have a book coming in 2011!)

My third is to do something I haven't already done before. And I'm four-fifths of the way there. After much deliberation, I decided one of my unpublished novels was more 'visual' and would better serve a television audience, so I've re-written it/slashed it to pieces and plan to enter it into a screenplay competition. Wish me luck! Having previously dabbled in screen/scriptwriting at school, I decided it was time to re-live my teenage hobby (which is hopefully much improved!) I'd love to hear some of your new year writing resolutions, whether you intend to follow them through or not. Happy 2011 and may all your publishing dreams come true.
Posted by Gillian McDade at 06:00

Well done Gillian they sound like fabulous NY plans. I have decided to be braver and actually start submitting work, poems and fingers crossed in a few months a manuscript. That and trying to be more patient and a better parent to name but a few. Ive written a list of 11 things to do in 2011. 1 is also to read more. Take care, Kate xx

The script sounds very exciting...good luck Gillian! I hope your ebook resolution doesn't come back and bite you on the bum though in a couple of years though ;)

Rememeber to write those plans down.

It really galvanises the spirit and resolve, I find.
HB x

Go for it, Kate! I wish you every success.

Lol, Caroline! It probably will!

Good Luck with the screen play Gillian ... just writing down a few of my own NY resolutions today! Think NY Goals sounds better :)

Oooh Gillian, writing a screenplay is so exciting, isn't it? Being able to see it all in your head without having to use words to describe a scene is so liberating, don't you think?! I wrote one whilst on maternity leave, took me 18 months, thoroughly loved it, submitted it to the Beeb (of course) and it's been in a drawer ever since! (It'd be a period rom-com now!)And Resolutions? Pah! - I spit in the eye of Resolutions (for fear of them doing just that to me, of course).

And Debs - I like the sound of a period rom-com. Mine is contemporary - similar in style to the fabulous Red Riding.

Good luck with the screenplay - sounds great and good luck to all of you with NY resolutions. I'm with Fionnuala - read and write more! x
www.lydiajones.co.uk/blog