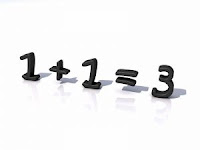 Wednesday last was dedicated to clearing the boxes in the small bedroom/office after our house move. Order was the order of the day – I hated the fact that things weren’t in their ‘right’ place yet.
Anyway, in amongst the boring tax and banking stuff and a huge pile of paper for shredding , I came across some cds with songs I’d co-written some years ago. So I started to tidy the mess with my lyrics playing in the background.
I knew when I wrote them that I wasn’t the best lyricist (most of the work being an excuse to write something more akin to poetry than commercial lyrics) and listening to them years later I still felt that though the end result songs were ‘good’ – they weren’t amazing. Simon Cowell was not going to call in his search for the Christmas 2011 number one... And the song I'd written with Kelly Clarkson in mind, well...maybe not.

But then a strange thing happened. I looked at the pile of demo cds, next to a shoe box that holds my two unpublished novel manuscripts and rather than think of failure, of the fact that none of that work was ‘good enough’, I found myself beaming with pride. Hey! I made that music happen! And I wrote two books – all of that in three years! I turned the music up, went downstairs and made a cup of tea, sang along at full belt to my non amazing songs (in the style of Kelly Clarkson naturally) then went back upstairs and read the first halves of both manuscripts in the shoe box.

Hours later, I beamed some more... They may not have been perfect but they weren’t half bad. In fact, yes, I’ll say it out loud –they are a little bit amazing.

Okay, book one definitely has a couple of plot holes and book two, a plot twist that simply doesn’t work in the story but both of these are fixable problems. I know how to fix them, if I choose to. And the thing is - it wasn’t the writing that made them imperfect. I guess that’s why I beamed. I just enjoyed the feeling of knowing I can write, and that all this past work is, to coin a cheesy phrase, ‘all part of the journey’.

I’ve decided not to fix the problems, at least not now, as I’m working on book three. I’ve learnt such a lot from writing all those songs and two novels and I’d prefer to concentrate on correcting areas I fell down in before. I realise that I’ve naturally become more of a plotter, less flying by the seat of my pants (Although ‘pantsing’ still remains important!)

And I’ve also realised I hate tidying paper just a little bit more than I hate things not being in the ‘right’ place. The filing is still not done, the papers still not shredded, but my cds have been framed and the old manuscripts placed in a shiny, new, hard to ignore, neon pink box. There to constantly remind me of what I’ve done and how far I’ve come.

And since last Wednesday I'm singing more. Out loud! I've missed singing! My new neighbours may not be grateful but I'm enjoying myself immensely. I've come up with a new song called 'Lucky Misfortune'. Strange title I know but Kelly had a hit with 'Beautiful Disaster' so you see where I'm coming from? And 'When We Collide' (which could mean ANYTHING) has been massive for Matt Cardle?

Ah, that's such an inspiring post, Fi. I heartily agree that we should be really proud of having written ANY book.

[Ahem, I must point out though that When We Collide was written and first sung by the infinitely superior Scottish Indie band Biffy Clyro. As you were ;)]

Good for you, Fi. It is an amazing achievement to have two under the bed. I'm in the same position and that is the realisation of the lifelong ambition - one day I will write a novel. And as you say, it's all part of the journey. I feel I am now ready, with my arms open, if the right one comes along.

Inspiring post, and good luck with the new one - it must be tough with all the chaos of moving.

Great post.
I love the feeling when you read over something and think, 'that's not half bad'.

Too often I'm completely unable to tell. Even now, with three books published and another three on the way, I never sub the latest draft to my ed without a sinking feeling that perhaps this one is just rubish.
HBx

What a lovely, positive post. I doubt if anyone gets it right first time, but practice makes better and better...

Love, love, love this. You must've unwittingly unpacked the box marked 'Confidence' which we all tuck away somewhere at the back of someplace...
Wish I'd written 'OVER HERE' on one myself! Great post.

Oh, lovely post, Fi! I can see you belting it out amongst the boxes. Be proud!
Susiex

Great post. I was in the process of beating myself up for not having edited my Nanowrimo manuscript, but now I'm telling myself I did well to write 52,000 words. Thank you. Mx

Finishing anything is an achievement - writing and recording songs and completing 2 novels in 3 years is some going. Well done and thanks for an inspiring blog post.