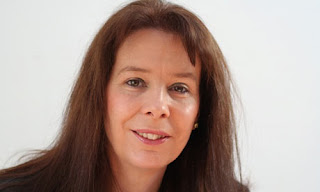 Helen Grant was born in London. She read Classics at St.Hugh’s College, Oxford, and then worked in marketing for ten years in order to fund her love of travelling. In 2001 she and her family moved to Bad Münstereifel in Germany. While exploring the legends of this beautiful town she was inspired to write her first novel, The Vanishing of Katharina Linden, which was shortlisted for both the Booktrust Teenage Prize and the Carnegie Medal. She now lives in Brussels with her husband, her two children and her two cats. Her second novel, The Glass Demon, was published in 2010 and she has just completed a third book, Wish Me Dead, which will appear in 2011.

Anthony Trollope, Charles Dickens and Montague Rhodes James (the English ghost story writer). I wouldn’t invite them all at once, in case they argued. I’d invite Dickens for his wit, Trollope so that I could tell him how much I admire him, and M.R.James so that I could ask him questions. I’ve written many articles speculating about aspects of James’ work and I could settle the questions once and for all.

Computer, although I do create outlines in longhand – sometimes using spider diagrams and lists.

I didn’t have to think about this for even two nanoseconds. Hollywood film deal, please. I have a student husband, two children, two cats and two gerbils to support.

Broadsheet – although it would be a treat to buy an English one as we have lived abroad since 2001.

I live in Belgium, so I tend to use Amazon quite a lot as it’s easier than travelling into Brussels to visit one of the English bookshops. All the same, there’s nothing to compare with the pleasure of visiting an independent store whose owner likes the same sort of thing I do (Victorian novels and zombie stories).

Hacker, though I am known to add too.

Plotter or panter? [ie do you plan out all your work first or write by the seat of your pants!]

I’m a plotter, though I’m not one of these people who work out every paragraph of every chapter before I start writing. I have the “skeleton” of the story and I flesh it out as I go along. I like to know where the story is going and who is going to do what, but there has to be some room for spontaneity.

I love end-of-chapter cliffhangers but I find books which end on a cliffhanger very frustrating, especially if the next book in the series hasn’t been published yet.

Handling the Undead by John Ajvide Lindqvist. Everyone has heard of Let the right one in because of the two film versions, but I think Handling the Undead is at least as good if not better. I suppose it’s essentially a zombie story but it’s an intelligent one – nobody shambling about trying to eat anyone else’s brains! It’s about the human fallout of the dead returning to life. How do you cope if a family member comes back to life after two months underground? The book crosses boundaries and in places it is horrific but it also made me cry, because the ending is so uplifting.

New sources of inspiration. I am often inspired by real places and their history, and genuine folk tales. I’ve been all over the place researching articles and later my novels. I’ve flown to Jutland and to the Pyrenees to visit particular cathedral towns, and poked about in lonely German forests looking for the ruins of ancient castles. Then I won’t shut up talking about them to anyone who’ll listen.

Something in tourism. I’ve lived in Germany and Belgium so I can speak French, German and Dutch as well as my native English. Also since I have a complete mania for old folk stories and gruesome bits of history I’m sure I’d make a good tour guide!

Be a prima donna. I meet so many people who would love to get their work published, whose dream is to be a writer. Success is a privilege, not a right.
Posted by Caroline Green at 06:00

I've just ordered the Lindqvist book on your recommendation, Helen!
Thanks so much for coming over to Strictly and answering our questions.

I'd like to add that I have read The Glass Demon and it is fantastic. Extremely creepy and unsettling!

You sound very honest and real. A long way from a prima donna.

I salute you.
HB x

Great post, and thanks for visiting, Helen - like Caroline, I'm off over to Amazon to add the same book to my wish list.... I love recommendations.

Thanks for the kind comments! And those who are reading the Lindqvist - hope you'll enjoy it as much as I did. I am getting his new book "Harbour" for Christmas; the wait is nearly killing me! x