Working On My Dreams 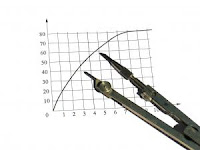 I'm a lucky girl. I've just been to see 'The Boss' aka Bruce Springsteen in concert in Dublin. Those who read my blog already know I'm a somewhat obsessed fan. Not just of the man, you understand - he is after all nearly sixty - but his music and particularly his lyrics.

So, there I was on Saturday night in the pouring rain, as close to the mosh pit as my freezing, aging bones would allow. I listened to the man with his E Street band and remembered fondly my stint as a lyricist when I used to dream that someone famous would sing my words. It proved to be step one on a steep learning curve that is my writing journey, a journey laden with many more amazing dreams.

Step two was to write my first novel. After it had been written, edited, sent off on the submission trail with a little kiss, the result was some encouraging support, two full manuscript requests – but alas no agent chomping at the bit. What? Learning my craft, working hard on it daily and willing my dream of publication into being wasn't enough?

Afterwards, finally accepting I was still on the early sector of the learning curve, I tried to figure it out. Both agents who read the full manuscript loved my writing, loved the themes but weren’t convinced enough in the plot. This forced me to question in even more depth exactly what was involved in the writing of a novel - and re-visit plot and theme when attempting book two.

Last week, eighteen months later, I began the edit of my second novel. I asked myself again - what is the theme of this novel? I wrote the answer(s) down, again and again, reminded myself, hammered it into the folds of my brain, mantra like:
‘The theme of this novel is …………..Other sub themes in this story are………’
I now have that piece of paper stuck on the wall beside the desk bearing the manuscript. Beside it, is another piece of paper with a plot outline, notes on all the characters, the events that move the story forward, the conflicts.

This time around, maybe now a tiny bit higher on that curve, I feel I’m better equipped. Emotionally, I’ve got the support of the most wonderful writer friends that the internet has introduced and practically, I’ve got my two sheets of paper stuck on the wall for reference. I’m taking the manuscript page by page, step by step. Each scene I ask myself the following questions:
Does this belong in the book? Are the characters vital? Does the scene either move their character or the plot forward? Is there conflict and action? Does the flow support the theme? Is there authentic dialogue? Is the chronology right? Is the prose full of adverbs or other ‘weak’ words?

I have a titan edit ahead of me, which both scares and thrills me. It thrills me because I know if I can get it right, I could possibly turn a good story into a great novel. It scares me because I'm really not convinced I know what I'm doing. Seat and pants and flying come to mind. Dreams of agents and bits and chomping come to mind.

When it's finished, after I've edited it to the best of my ability, I then have to make a stand and will one of my favourite dreams into being. The one where I run my hand along Waterstone's book spines and stop at mine. I have to have faith in myself as a writer - enough to convince others to read it, to value it, to take on the publishing world and WIN.

Yes, it's hard. Some days it feels like it's just too hard. But yesterday, on that rainy day in Dublin I was reminded with the following words, that whatever point of the curve, whatever junction of the journey I'm on - this is what I want to do. This is my dream.

Wow, Finnuala, what a fabulously inspiring and uplifting post - thank you. I have no doubt that you will make it with that attitude and commitment. I think you have very succinctly summed up everything a writer needs to do in order to succeed. Like you, I have a little 'checklist' for each scene of what needs to be born in mind and it really does help - though it makes writing each scene a long process! All the very best with this novel - may it be the great one you dream of.

Oh what a beautiful post, Fionnuala. I've almost got a little tear in my eye reading that.
Thank you - that really was an inspiriing read.

Can't say I share your taste in music, but keep up the good work, Fionnuala. Something about Glory Days to come.

Fi, encouraging words coming just at the right time - I need to print off this post and keep it above my head to keep my head above all the above (and below)!
D x

Very inspiring, Fionnuala and makes me think i've still got a lot to learn about the editing process - i love your approach.

Glad you enjoyed the concert.

Agree with the others- a fabulous post, and inspirational to read how you have recognised and accepted the necessary developments in each edit.

I'm just about to start draft 3 as draft 2, now complete, is such a pile of drivel. BUT it has led to insights as to how to de-drivel it. All part of the process of writing something worth reading.

Very good luck with this edit, though sounds like you don't need it - you make your own luck.