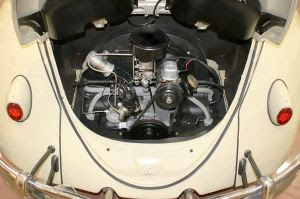 The first thing I wrote was a short story. Before writing it, I read over four hundred stories.  A friend was freelancing for a national short story competition then got the chance to go travelling before he’d judged his quota of stories. He passed the job to me.

The stories arrived at my flat in cardboard crates, like fruit. I remember staring at them in wonder. Hundreds of characters from across the world, loving, thieving, grieving, killing and running away now squatted in the corner of my living room. They could have glowed or hummed, they seemed so charged.

Until I read them. A few were illegible or illiterate. A few were so good my stomach flipped. It was the majority that puzzled me. They were well-presented, well-constructed little tales of no discernible value. The characters weren’t vivid. Their behaviour wasn’t believable. The situations they were put in and their responses to them, uniform. There was simply no breath of life in them. The more I read, the more I longed to write life as I saw it. In these stories children played happily on carpets unaware their parents were fighting. Whereas children I knew reacted to fights by acting oblivious to appease or disarm their parents. That so many writers seemed unaware of the intelligent dissembling of children (many of these stories were about divorce) made me ache bullishly to put them straight. My first story came from an evangelical urge to preach: children are young, not stupid.

Years on, I’ve written a novel. It’s a double-spaced, immaculately punctuated, seventy-thousand word thriller. Bet you can’t wait to pick it up on the strength of that description. It’s an accurate description. It sums up the attitude in which it was written. Jaw set, joyless typing. I wrote it because people kept telling me I should. Short stories don’t sell. I know. But neither do novels written for the wrong reasons.

I’m convinced it doesn’t matter what drives a good author. There are dollar signs behind every Harlen Coben hook; maternal fear behind each dying-child-dilemma Picoult; political and social ideals behind Hosseini and Coetzee’s work, despite their radically different styles. What succeeds across all genres is when an author is driven by something surpassing the desire to secure an agent or get into print.

This should be obvious, but is it? What motored you when you first sat down to write? Does it drive you still? Has that drive deepened and matured or has your conviction been diluted with shoulds and industry standards and advice from well meaning professionals? I’m not suggested we flout good advice. But it can turn us into mechanical authors, and if it does, it’s time to clear out the accrued wisdom and return to the origins of our urge to write. I know when I’m connected to the work. My blood feels like it flows faster. My muscles seem warm and stretched, as if on a long run. Writing is visceral. Another writer described it to me recently as sending a wire down into the heart. Precisely.

Of the hundreds of stories I read for that first competition, maybe 2% possessed that urgent drive. You know it if you have it. And if you have it don’t lose it. Nothing is more important for a writer than keeping that alive.

I feel that urgent drive has to be tempered with realism though - but only if you want to get into print.

My second book was very mechanical, i can see that now, trying too hard to please the market, my first book written after the awareness of writing rules... Whereas my present book was written on a whim, based on my long-held fascination for Ancient Egypt - but it is between genre, and if you are writing genre fiction that's an invitation to show the Grim Reaper in.

It's a difficult one and an argument i've seen discussed many times before. Certainly for genre fiction if you write straight from the heart just be aware that might be your downfall in terms of publication.Or it might not. I'm several rejections into my own submission process and at the moment it could go either way. But the feedback i'm getting so far is that it's not the writing itself that's the problem...

Great post, Susannah and what a wonderful opportunity to read all those short stories.

Very thought-provoking, Susannah. I'm in that limbo-land at the moment - the first novel written because it needed to be, but 'not what agents/the industry wants', second novel stalling because part of me is trying to second-guess that 'system'.

Writing as I do for a living I occasionally hammer away at a story where my heart isn't in, to begin with. But I have to keep going because I need the money! But even with those sort of stories I soon get caught up in the trick of making it come out right, even if it's a struggle to begin.

Occasionally I sit down and write a story from start to finish that seems to flow out of me. That doesn't happen often either and it's a joyous feeling.

Writing is a compromise, once you've started to be published regularly, between what your heart pushes you to do and what your editor tells you she wants. It's like Life, really.

Susannah, I do so love your posts. Each one is like reading a story and I always come away knowing more about myself than when I started.

I loved your post, Susannah - because I was able to read it as a licence to carry on being an obsessively driven nutter when it comes to writing!

I think we all recognise the difference in the two kinds of writing, but as Gerry suggests, I'm not sure it's a clear either-or. One of the reasons for the awkward, second-book ugly-duckling stage is that because you're new to the writing game (okay, your first novel took years, but that's still relatively new) you haven't integrated the new stuff, whether it's 'rules' about creative writing, or 'rules' about what agents say they want. Your writerly sense is still adolescent, and you don't always make a very good job of picking around in those rules for what's right for you and your work and what isn't: what you can integrate into your own writerly nature and practice, and what you would never be able to, either technically or in terms of its fundamental nature. Since you're eager to get it 'right' by these external judgements, your own internal judgement is affected. It's like driving a rally car while trying to prevent your navigator seeing your potbelly and the spot on your nose - you're not going to win, and you might just crash.

But in fact what you put into your writing - what actually catches light - what gets your creative juices flowing - can come from all sorts of places, including apparently crude, external things, and I think that's what's happening when what starts as the professional necessity to come up with another story does, actually, begin to take wing.

Thanks for the comments everyone.
Geri, Emma, I agree that it's possible to feel that rush of affection and dedication to a piece that came about purely from a business transaction to write something. But I think to get to that stage you need to regularly work on what you love, not just on what you feel you ought to write.

Excellent post, Susannah. I was finding myself in the position of writing something just because an agent said she liked the beginning, but it wasn't thrilling me, wasn't that wire-into-the-heart feeling. Yes, it might have been a novel, but what gets me fired up are short stories, and without that fire, I had little to get up for every day, even though I am fully aware that short stories are by far the less commercially-viable "choice". But that's the thing - it's not really an choice!

I do want to find that energy with a novel, and have had some fantastic suggestions from another writer who's made the transition. But I now think the time should be spent finding the right energy for a novel rather than organising material that doesn't make my heart leap in the first place.

It's weird, isn't it? That wonderful description of 'wire-in-the-heart' writing only ever comes to me when I'm writing something that comes instinctively, from within - its almost inate. Inevitably, I'm writing about themes I care about - I think that matters?
I have yet to master the short story genre and I think its because when I attempt it, I write to order ie magazine rules and expectations. I know it's possible to marry these with themes and plots I care about but I haven't quite managed that yet! Great post Susannah and big high five to you Tania!

Great post, Susannah, and so true. I agree with other comments that it's hard not to let commercial expectations creep in once we want to continue to be published. If we only ever write to follow our hearts, (unless we're very lucky), we'd probably be ignoring editorial advice and we all know how that ends up! But what a fabulous apprenticeship, reading those 400 stories!

I'm so glad Caro linked to this because I somehow missed it last week...not sure how that happened!
Interesting post, Susannah.