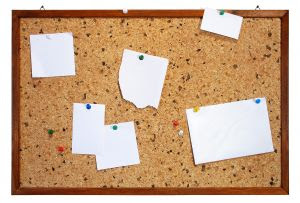 I am not, if I’m honest, what you would call an organised person.
Open my handbag and you will find neither diary, nor pen. A stash of wine gums, yes, maybe the odd out of date voucher.
I do not remember to charge my phone or fill the car with petrol.
I have friends who keep colour coded wall charts that tell them where every member of their family should be at any given moment. They organise children’s birthday parties with the military precision of an invasion.
Invitations, check. Matching napkins and paper plates, check. Wholesome and varied sandwich fillings, check.
I have twins and the night before their last birthday I was up till four turning two Swiss rolls and a packet of Smarties into a replica of Hogworts. Authentic it was not.
I berate myself constantly, promise to change. But I don’t.
Tonight is my publisher’s annual summer party. I have known about this for A WHOLE YEAR. As we speak, authors and agents are getting their hair cut and slavering themselves in Fake Bake. It is with no pride that I admit my ‘good frock’ is in the bottom of the washing basket and my roots are so dark I look as if someone might have taken an axe to my head.
My mate and fellow thriller writer, Lee Weeks, will glide in like an extra from Sex and the City. I on the other hand look not unlike Myra Hindley in her famous mug shot.
There is, however, one aspect of my life which I plan meticulously: my writing.
Before I begin each novel I plan it in a detail that would make Madonna blush.
Having decided upon my structure, I set out each scene on a separate sheet of paper. Each scene will be numbered and written in different coloured ink depending on whose view point it is. It will note which tense the scene must be in ( I use a slippery mixture in my books ), where it is set, what will happen and how it will end. I often include dialogue and snippets of information and description.
Anything I haven’t worked out or need to research is listed in a separate document cross referenced to the relevant scene in the plan.
This part of my writing process is time consuming and I show a pedantry and self control quite out of my normal character. Where I would happily toss a red sock in a white wash, I simply could not countenance the incorrect coloured pen for my main character’s scenes.
I know many writers would find this way of working abhorrent. They begin with a vague idea and see where it takes them. Stephen King notably talks about building a character and letting them find the story. How can the writing, the argument goes, excite and surprise the reader if it doesn’t excite and surprise the writer?
My answer to that is I am hugely excited during the planning stages. I have no idea what will happen and love teasing out the twists and turns. As a crime writer, the laying of clues and red herrings is a huge part of the fun. Misleading the reader is, I find, an exact science.
So, however unlikely, I must accept that this is my style. My method. The system that works for me.
Now, has anyone seen my car keys? I put them on the table next to the unpaid gas bill and the box of Christmas decorations.
Posted by Helen Black at 06:00

I know exactly what you mean! I try my best to be more organised and recently had a rummage through my piles to get rid of stuff I no longer needed. I was determined to keep my work space in order but, alas, it wasn't to be!

Fabulous post HB. Witty and beautifully written. I agree the planning can be deliciously creative. Great point that misleading the reader is an exact science. Never better put.

Best of all, you manage to make a gal feel good that the house is a tip, the twins' cake isn't baked (their birthday's tomorrow) but the writing files grow and grow.

Lovely to have you around x S

I'm fascinated to know whether this 'tidy, orderly' trait ever appeared in any other area of your life before you began writing, Helen? Or did it just begin with the writing?
On a totally other note, I hadn't realised the Strictly's have THREE lots of twins between them. Wonder what that means?

I am the exact opposite - very orderly and precise in my private life (er, apart from that Rick Wakeman moment which was a complete one-off:)), whereas my writing desk is littered with crumbs and scribbled-on post-its. I roughly plan the chapters but they won't look the same by the final draft. I let my characters take me where they want - within reason - and on the rewrite i might considerably restructure.

I have to say though i've generally become more scatty since i've taken up writing. Well, that's what i blame it on, it's preferable to thinking about the ageing process or the dreaded change!

Hope you enjoyed the party - and looked half-decent!!

Brill post, Helen and hope you have a fabulous time at the party!

I think if you're writing crime you have to do quite a bit of planning and plotting. I don't see how you can avoid it, really. I am very curious about your writing in different tenses. There speaks someone who hasn't been on a creative writing course, where one is often told to choose a tense and commit to it. I think it's great that you've chosen to ignore this advice! Or maybe you never heard it!

Susie - I don't think this orderly self has ever surfaced before.
Even during my studying days I wasn't a huge list maker.
To be honest I'm often a little uncomfortable with the whole OCDness of it.

Geraldine - I've never been on a CW course. Nor read any How To books. I wasn't aware that you shouldn't mix tenses. Whoops.
I tend to use a particular tense for a particular character POV. My MC tends to be past tense but I do like to use present for any teen characters. It does seem to capture the way they live in the now.

I'm really heartened to read this being the most messy and disorganised woman known to man (hmmm) and constantly made to feel ashamed of it. Plus I have the messiest hair in the whole history of hair.

That you can still get so much done is the bit that's so pleasing. Here's to productive chaos. :)

Great post Helen. Strange - my life is the mirror image.....daily life planned with Rommel like precision (the thought of my good dress not being ready makes my heart palpitate!!) Writing is where I let it all go. Let it all hang out until the editing stage. I know I set myself up for titan edits but my creative side is the one where I allow myself to be free and revel in it until the stage where I have to rein myself in.