Today we are chatting to the award-winning writer Annemarie Neary whose first novel A Parachute in the Lime Tree has just been published by History Press Ireland.

Welcome to Strictly, Annemarie – tell us a little about your early life as a lawyer and how you developed an interest in writing. 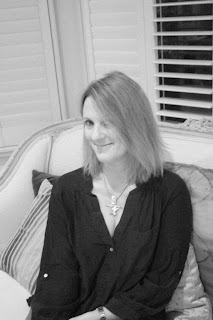 I was a compulsive reader as a child, and went on to do an English degree before I became a lawyer, so I’d always had a deep interest in writing. Lawyers are essentially words people, though the differences between legal drafting and creative writing are huge. Drafting is all about deploying hand-me-down language in order to trigger the right bits of case law or statute. You are always constrained by precedent and consequences; it can’t be about just taking a line for a walk to see what happens! Having said that, the law taught me lots of things that came in useful when writing short fiction – keep to the point, and try and say what you mean.

You’ve won quite a few awards for your work - did this encourage you to pen your first novel?

My first ever prizes were for two stories taken from an early draft of A Parachute in the Lime Tree. That news, which arrived in successive months in 2009, was a huge boost. I took the novel in hand after that and worked hard at re-structuring it and paring it down so that when the publishing opportunity arose, it was in better shape than it would otherwise have been. Writers plough a lonely furrow at times and it’s all too easy to let things drift. Competitions provide a community of interest as well as the impetus of a deadline and the discipline of a word limit. However, it’s important to choose wisely– not all competitions are worthwhile. For instance, if the winners’ anthology is not something you’d want to read yourself, then don’t enter!


Tell our readers about your book A Parachute In The Lime Tree and how you secured a publisher.

A Parachute in the Lime Tree is part-quest novel, part-love story. It’s set in neutral Ireland in 1941, during the tense weeks following the Belfast blitz. The morning after Belfast is bombed, the unpredictable Kitty Hennessy awakes to find a German parachute caught in one of the trees in her garden in remote Dunkerin, right at the other end of the country. That sets up a chain of events with life-long consequences for four characters, two German and two Irish. While most of the narrative takes place in Ireland, the story’s roots are in Berlin and in the relationship between Oskar, whose parachute Kitty discovers, and his Jewish sweetheart, Elsa. I’d just finished re-writing the book when I saw the call for submissions from The History Press Ireland on an Irish online resource called writing.ie.. It’s the second title in their new fiction line after Derry O’Dowd’s wonderful medical-historical romance, The Scarlet Ribbon.

Like most writers, I’m a magpie. Sources of inspiration are wholly unpredictable, which is part of the fun. Something a Turkish waiter told me he’d seen happen in his restaurant turned into a story about America abroad; a woman with a briefcase on a ferry full of day-trippers became a story about land and greed. Place is important; I’ve written a dozen stories set in Venice and Dublin is an important backdrop for sections of A Parachute in the Lime Tree. Inspiration is fragile and evanescent, so it’s important to catch those butterflies before they disappear. That’s why a notebook, paper or digital, is your friend.

What’s next on your writing agenda?

I’ve completed the first draft of another novel, Siren. The material is all there, but the structure needs attention and there’s a lot of re-writing to do, as always. I’m also midway into another novel, but it’s time to put that down for a while and do some research. I have lots of short story ideas pinned down in various places – but they all need time to find themselves (and I need time to write them!).

Do you have a favourite snack to accompany your writing?

Tea and chocolate, please. Pretty much any tea and chocolate will do, but if I’m allowed to be choosy I’ll go for a big bar of Green & Black’s (Almond) with Twining’s English Breakfast tea.

Have you ever read a book and visualised yourself as a character?

That’s a really interesting question! I can’t think of a recent example, but as a child I definitely wanted to be Lucy in The Lion, the Witch and the Wardrobe. I remember eyeing-up an old mahogany wardrobe outside my bedroom for months on end and convincing myself that one day I’d be brave enough to step inside and there would be the lamp-post and all the rest of it… 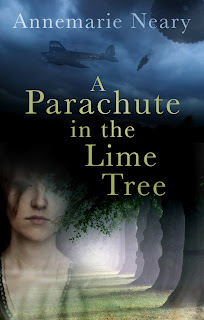 Annemarie is a former lawyer who now enjoys the freedom of just making it up. Her first novel, A Parachute in the Lime Tree, was published by History Press Ireland on 1March 2012. She has won prizes for short fiction in international competitions such as Bridport, Fish, Columbia Journal and the Bryan MacMahon prize. Her stories have been published in anthologies and magazines in the UK, US and Ireland. Work-in-progress includes a collection of Venice stories, and a novel, Siren. Annemarie is a graduate of Trinity College and King’s Inns, Dublin and the Courtauld Institute of Art, London. Irish-born, she lives in London with her husband and three sons.

Thanks so much for inviting me over, Gillian, and all the best with your own writing and that of the rest of the Strictly team.

Thanks for stopping by, Annemarie. Many congrats on your success and best wishes with your novel. I love chocolate too; not tea though, but many writers always have a cuppa at hand!

Great interview, Annemarie! And I love the title of your novel. All the very best with it.
Susiex

Great interview and I love, love, love the cover of the book.
HB x

Thanks for having me over, Gillian - great questions. All the best with the writing, everyone! x