From Kindle to publisher by Deborah Durbin, freelance writer, journalist and bestselling author

When I decided to publish my novel, Oh Great, Now I Can Hear Dead People on to Kindle in March of last year, it was more of an experiment for an article I had been commissioned to write than anything else. I had written my novel four years earlier and since finishing it, it had done the usual rounds of agents and publishers, had secured an agent twice and very nearly got signed by one of the ‘Big Six’ publishers, but for one reason or another that elusive publishing deal was always just out of reach.

I was commissioned to write an article about the new Kindle that had hit our shops just in time for Christmas and I decided to upload my novel to see just how easy it was for someone to publish with Amazon’s Kindle Direct Publishing system. Within four weeks my book had hit the number one slot in the supernatural category and number 37 in women’s fiction and I started earning 70% in royalties – a much bigger percent than any of my 11 traditionally published books.

My digital sales are around 150 copies per week, but I still wanted to see my book as a proper paper book, so when I spotted an announcement in a writing magazine, just before Christmas last year, announcing that Soul Rocks, an imprint of John Hunt Publishing were looking for new titles in the paranormal romance genre, I sent Oh Great to them.

At the beginning of February I received an email from John Hunt offering me a publishing contract for my novel. Part of the contract included digital rights, but because my ebook sales were already doing well for me I managed to negotiate to keep those rights and signed for just print rights. My novel should be out in print at the end of the summer. The fact that Oh Great had good digital sales helped I think, in the publisher’s decision to take it on under their wing and I can’t wait to see it in print form.

The moral of this story is if you have a book that has done the usual rounds of publishers and agents in the Writers’ and Artists’ Handbook and has come bouncing back faster than a boomerang, try it on Amazon Kindle, market it on social networks, price it under the £1.99 mark and it’s highly likely that you will generate good sales, which you can then show to a mainstream publisher.

The key to remember is that agents and publishers do not always know what will sell. Each agency or publishing company can only take a chance on a small amount of new titles. The people that do know are the readers and if your books are available to a worldwide audience, waiting to read new titles, you can prove that your books are being read and enjoyed, which in turn might persuade a mainstream publisher to take you on.

Deborah Durbin is a freelance journalist and author. She writes for many of the women’s national magazines and several national newspapers and has 11 non-fiction books published. 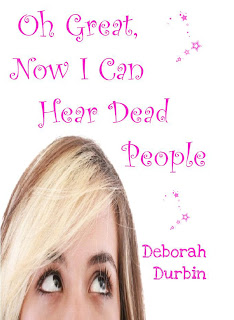 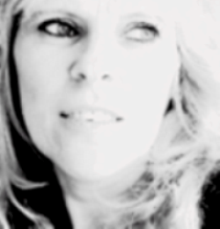 She is also a mum to three lovely daughters, eats far too much chocolate to be considered good for her health, is addicted to gadgets and avoids cooking as much as she possibly can.
Oh Great, Now I Can Hear Dead People is available as a Kindle download for £1.53 and will be available in print at the end of the summer.

Samantha Ball is not only broke, she's £22'000 in debt and soon to be homeless if she can't get the money together for her rent, so when she's offered the chance to earn some money for a hotline to the heavens by giving tarot readings, she jumps at the chance, despite the fact that she doesn't have a psychic bone in her body - or does she? When Sam starts to hear voices of real dead people her psychic career really takes off and she soon becomes a psychic to the stars with her own slot on a prime time TV show. Someone however doesn't share Sam's joy and it's only when they set out to destroy her reputation does Sam really need help from the other side...

'I knew I would love this book from the title, but even so, it still had me giggling out loud. You'll love this book. It's laugh out loud funny, yet warm and touching and very modern. Well done Deborah, can't wait until the next one.'
Mary Cummings - Editor, Work Your Way Magazine.

I was very heartened to hear about the success of your book. I've got a novel doing the rounds of the publishers at the moment, but I know how tough it is out there, so it's great to know that publishing on Kindle can be such a positive experience. Onwards and upwards!

Congratulations, Deborah. Your book sounds fascinating - hope the print version goes down a storm too!
Susiex

Yours is an inspirational, heartwarming story, Deborah, and you know I wish you every luck in the world with Samantha and her psychic followers - great post and very many congratulations! :) x

Many congrats, Deborah! I hope this generates some debate.... It's certainly an interesting topic...