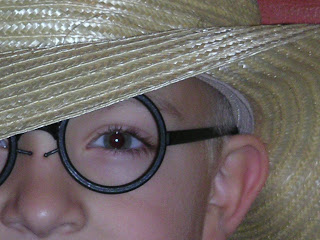 Today (Thursday) it's World Book Day when children of all ages celebrate authors and books by dressing up as their favourite characters while developing their interest in reading. This is the 15th year of World Book Day and it has brought pleasure to many children who otherwise may not have had access to a wide range of reading material.

To mark today in a different manner, I thought I would talk briefly about the appeal of international literature and how it has gained a stronghold in the UK. You'll probably recall one of the most popular and talked-about reads, A Thousand Splendid Suns, the 2007 novel by Afghan-American author Khaled Hosseini which follows two women whose lives are intertwined. It swiftly gained a following in the UK and was a firm favourite with book clubs. Another of my favourite books which has received interntional acclaim is by JM Coetzee. The Booker Prize winning Disgrace is a touching, yet utterly bleak story of animal and human misery in post-Apartheid South Africa, its central character, the sex-obsessed David Lury, an academic whose daughter is gang-raped. A powerful book and a deserved winner of the Booker Prize.

We're British and the British like their British holidays, their British food and their British music - cue The Beatles. But, I don't think I'm alone in saying I like to take a journey into overseas lit as I enjoy savouring the flavour of the country and seeing incidents through other people's eyes, those immersed in a culture very different to our own. I like to soak up the atmosphere, visualise the scenery, taste their food (vegetarian dishes only!) and smell the surroundings.

A book I particularly enjoyed and which ticked those boxes was The Tenderness of Wolves by Stef Penney. Despite being a British writer and having never visited Canada, she managed to evoke the time and place so fittingly for this book. The frozen plains of northern Canada were so authentic that readers there thought she'd accessed 1867 via a time machine.

For World Book Day I made a pledge to add ten more 'international' books to my Amazon list. So far I've added A Thousand Years Of Solitude, The Heart Is A Lonely Hunter, The Long Song and The Saffron Kitchen. I know The Long Song is a popular book and it so far has escaped my reading clutches.

As a final thought for World Book Day, I often wonder what other people are reading around the world - I'm sure they won't be sitting down savouring Bleak House or Wuthering Heights. Are books just as widely read in Hong Kong, Australia, South America, Romania, Russia and even China, a country of emerging literature?

What are you doing for World Book Day? Are you dressing up as Harry Potter? Tell me.
Posted by Gillian McDade at 06:00

My small grandson is dressed at Mr Bump (daughter is relieved he didn't ask to be The Gruffalo).

Wouldn't it be wonderful if grown-ups joined in? Could I go out dressed as Sally Bowles, be an ageing slapper and blame a book?

If our school hadn't been so miserable about it and decided NOT to have a 'come as your favourite book character' day, I'd have gone as Moon-Face from 'The Magic Faraway Tree' - my first fiction-crush as a gal :)!