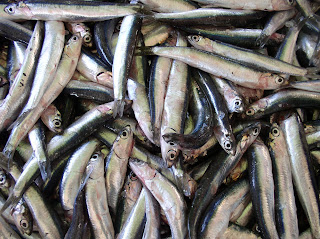 I loathe books which contain glaringly obvious errors, not that there are many out there, but every now and then, one just has to escape through the net. My pet hate with this book started around a year ago when I purchased it from a garden centre. Granted, it wasn’t Waterstone’s or Barnes and Noble, but I did feel the retailer had a duty to sell products which are not misrepresented. It was an impulse buy along with a trowel, a funny book about cats and their antics and some Burt’s Bees products.

The book in question, Complete Vegetarian Cookbook, promised lots of mouthwatering recipes to keep me and my tastebuds entertained. It was heavily discounted – the sticker stated: GREAT VALUE - publisher’s price £12.99, our price £3.99 - but that doesn’t excuse the fact that there were some serious errors in it.

Firstly, it was a ‘vegetarian’ cookbook not a ‘vegetable’ cookbook which would let it off the hook (note to veggies – never order the ‘vegetable’ dish whilst dining out without checking first if it is vegetarian friendly). It contains some of my favourite recipes including Israeli avocado cream, tahini, hummous, stuffed peppers and garlic mushrooms. Upon opening the book, I looked at a photograph and though ‘gosh, they look unusual, I’ve never tasted those exotic vegetables.’ Upon closer inspection I realised the photograph was…shock, horror….prawns!

I leafed onward…..flick, flick, flick, then stopped at a recipe as I noticed the odd man out – gelatine. ‘Crikey, I thought. The writer must be referring to the vegetarian friendly gelatine you sometimes see at Tesco.’ I read some more, pondered making a garlic soup to scare away the vampires, then noticed another suspect recipe. I felt the urge to vomit – ‘Crudites with anchovy dip’. No thanks. Many vegetarians wouldn’t even touch an anchovy, let alone insert it into their mouths. Pescatarians, like Gok Wan would though. Then came another recipe, this time for anchovy dressing. Maybe the author lives near a stream and her husband likes fishing? Maybe someone dumped a load of anchovies on her doorstep (remember PETA dumped a load of horse manure at Gordon Ramsay’s Claridges? Snigger) and she needs rid of them? I then gave Mrs Author the benefit of the doubt and attributed it to a typo. ‘Perhaps she means alfalfa instead of anchovies?’ I muttered.

There is a long lengthy foreword about how modern food production methods have made meat much cheaper than before and adds how the slaughter of animals has caused many to switch on to a vegetarian lifestyle. I looked at another recipe for a yoghurt and tahini dip which, wait for it, would be, and I quote from the book, ideal to ‘serve as an accompaniment to vegetables, salads and also meat or fish dishes.’

How does the publisher get away with a serious error like this? It’s like buying ‘Harry Potter And The Philosopher’s Stone’ and finding ‘The Da Vinci Code’ inside. This leaves me with a dilemma – do I close the book and put it away, give it to a second hand bookshop for another vegetarian to be surprised, or do I write to the publisher? I’m inclined to go for the third (veggie) option.
Posted by Gillian McDade at 06:00

I must admit that my publishers don't check my books for accuracy.
So for example, if I say a gun started its life as a Russian starter pistol, they assume that's correct and within the bounds of truth...whereas I guess I could just be making it up.

Sometimes an ed might question somehting but only if it falls within their personal knowledge or it tweeks their interest iyswim.

So I suppose what I'm saying is that the auhtor has ultimate responsibility...and that's who you should take it up with.
HB x

So this author was commissioned to write a vegetarian cookbook without her having to know what a vegetarian was?
Who are these publishers? I've been wanting to pitch my new book 'How To Be An Airline Pilot.' I can't fly myself, but I'm sure they won't mind.

This made me laugh. As a veggie, too, I've fielded questions such as, 'No meat, fine - would you like some chicken soup?' Someone couldn't understand why I didn't eat duck - after all, he said, it wasn't farmed, so couldn't be bracketed with beef and lamb . . . sighs.

Oh dear! I have a "vegetarian" cook book that I bought in Australia (the land where vegetarians don't exist) in the 80s (when if you didn't eat steak you were very peculiar) - there are all sorts of delights in it such as prawn cocktail, fish pie, etc...

Hi Strictly Writing team! I've been following your blog for a few weeks and your posts are always interesting.

I have been looking on your site for some contact information as I'd like to email you; would someone be able to email me?

Many thanks and keep up the good work :)

I think writing to the publisher gives them an opportunity to address the issue. Then give the book away. Then eat some chocolate.

Thanks for all the comments/suggestions. Derek, chocolate is a good idea and Cadbury's is vegetarian!

I know a lot of people who call themselves vegetarians and eat fish. I don't judge but it does pose a conundrum when I have them over for dinner.

Can anyone recommend a cookbook with really tasty veggie dishes?

N. Scott - these people are pescatarians, not vegetarians! A vegetarian does not consume animal/mammal flesh or any derivatives. For goodness sake, tell them they're not vegetarians. There are plenty of great veggie cookbooks. Yotam Ottolenghi has some great recipes and you can buy his books on Amazon.

Rebecca, here is our email address:

Gillian - that is extremely annoying. Defo think you should tell the publisher...you might get some free books as an apology!