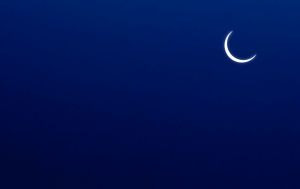 The Winter Solstice has just passed. The darkness of winter is slowly and almost imperceptibly giving way to the light. This is the true New Year.

No, I’m not going to bang on about writerly resolutions. Instead, I’m thinking about new beginnings. And when they’re necessary, writing-wise.

My first novel was a bit of a miracle. I’d turned up for a week’s How To Write A Novel course, run by the redoubtable romantic novelist, Jane Pollard. I arrived clutching my WIP like a lifebelt – not much of it, but a beginning nonetheless – all bright-eyed and ready to Learn. Imagine my horror when Jane told us to abandon any novel we’d already begun and to start, this week, from scratch. What the hell would I write about? But I reluctantly let the novel go.

That night, something extraordinary happened. After a long day on the course, the germ of an idea appeared. I sat at my kitchen table and began to write. By next morning I had a story. Something I’d never thought of writing. I knew who the characters were to be. I knew roughly what happened and how. I knew how it ended. Indeed, when Jane had us write a sex scene during the week’s course, I wrote the final scene. And whilst much of the novel has changed over the course of the following five years, that scene has remained almost untouched.

So I’ve been struggling to write my second novel for ages. I got as far as a third of the way through, and stopped. Then I embarked on a frenzy of editing – bad idea - and stopped again. I ran it past various writerly friends and colleagues – and stopped yet again.

Of course it’s different second time around. I’ve been busy editing and preparing the first novel for publication. I have a marketing plan to sort out. I’ve also moved house twice in a year and had countless stressful things to deal with. Is this the reason why I haven’t written anything new for over a year? Could be. Or is it fear? Quite possibly. Or the dreaded Second Novel Syndrome? Wouldn’t be surprised.

Or do I need to let this novel go and see whether there’s a sliver of a new idea waiting to be born?

It’s a bit like being in a relationship which has weathered the early, heady days but got stagnant. Do you persevere with it in the hope that it will deepen and revive or let it go and trust that something more resembling a soulmate will appear?

Part of me longs to set the current novel aside and start again, from scratch. To sign up for a course in novel-writing and begin again at the beginning. To somehow wipe away the years of rejection and angst and find again that bright-eyed innocence, that trust in the process and a successful outcome. But as William Blake wrote, once you’ve been through the process of Experience you will never have that innocence again. All you can do is bring your newfound experience to bear on the next thing, and try to learn to trust.

So my toast, this Winter Solstice, is to new beginnings. Whether this means a new commitment to an old love, or the search for a new, unknown one. Perhaps all that’s required is an empty heart. I wish you all joy for your writerly festivities and all creativity and joy for the year to come. Oh, and here are three quotes, as companions on the journey:

Standing on the starting line, we are all cowards.
Alberto Salazar


You don’t need endless time and perfect conditions. Do it now. Do it today. Do it for twenty minutes and watch your heart start beating.
Barbara Sher
Posted by Susie Nott-Bower at 06:00

A well timed post for me Susie. Indeed I could have written it as I'm currently in the grip of exactly that angst. I've decided that come the new year I'm letting go of everything and sitting down with a literal blank page. Something will happen... won't it?! x

I like that image of a new year and a new page, Fi. And yes, I am sure something good will happen.
Susiex

A lovely post, Susie. And maybe there is something in your longing? Perhaps a week's course would give you fresh insights and allow you to 'start again' not as an innocent, but with your hard-won experience in a new context? The important lesson with a second novel (or any that follow it!), I think, is that you now know you can reach your destination. It helps too to recognise that 'relationship' pattern of loving, hating, being indifferent to and, ultimately, appreciating your characters. Here's to 2012 and bright starts to us all.
x

I've been on a writing diet in December, starving myself of any chance to write anything, and I'm getting hungry for that blank page. New year, new appetite. x