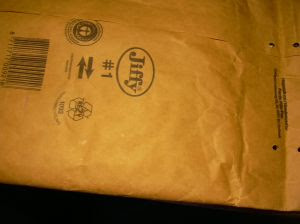 You'll have to forgive the fact that today's post is a. brief and b. dull.

Frankly, I can barely string together a sentence.

This year I have two books coming out and if I ever say I'm going to do this again please just shoot me.
Don't give me the requisite warning.
Don't aim to disarm.
Just do me a favour and go straight for the jugular.

In the past fourteen months I have written book four. In the period where my ed was reading the draft, I didn't take a breath. Oh no, I cracked on with book five. Then I put that down to edit book four. Edits done, I had to crack on with book five again.

Then some bright spark in marketing decided book five had to be pushed forward, so the whole timescale was reduced. Could I sub book five just a month or two earlier than planned.

My answer was Are You Fucking MAD? Or it would have been, if I wasn't the sort who hates confrontation and never says what they mean, so in fact I mumbled something mealy mouthed about giving it my best shot.
And that was the kiss of death because I'm also someone who doesn't like letting people down. Someone who sticks to what they've said. And I'd said I'd do my best. Sigh.

So for the past couple of months I have been writing like a whirlwind. Words, words, words.

My poor family have had a lot to put up with. Tea has involved a lot of toast, post has gone unread and I have locked us out of the house not once, but twice.

Yesterday, however, I did it.
I finished.
I subbed book five.

And now I wait for my ed's response, which can often be a tricky time...but it's not. I don't care, I'm too knackered.
She's reading it this week then going on holiday so I reckon I have two weeks off ebfore the edit.

That sounds like one great combo holiday - except I don't believe the part about not writing a word!

Woo hoo, Helen! That's an AMAZING achievement - be proud. As someone who's making a Grand Production out of editing one ms, let alone working on anything else, I am full of admiration. Enjoy your well-deserved holiday.
Susiex

I'll be interested to see if any of those new ideas I've being shoving away, fight for air time.
HB x

Well done Helen, sounds like you deserve to be doing a lot of nothing for a while!

Well done Helen - take a break now! I'll have a virtual vino or two with you x

Congratulations Helen! I order you not to go near those story files for a while. Contravention of the You Must Rest Act can result in heavy penalties...

Congratulations on achieving the two books - a well-deserved break coming your way!