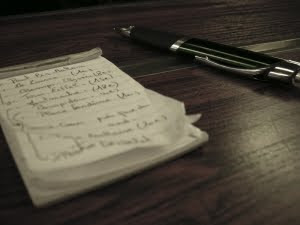 The title says it all. Well, nearly all.

The other bit is that I’m still trying to take in the fact that I’ve been offered a contract with this wonderful women’s press:

- and I have a few months to revise my novel.

I thought my book was 'finished' - or as finished as I could bear it to be. Which, I suppose, is the point. There comes a time when you just cannot - or will not - stand to go through it all yet again, and so you tell yourself that it's done. My novel's been written, critiqued, revised, reported-on, and line-edited (dozens of times). The title's changed, one of the main characters has gone into first person, themes have been de-emphasised, attempts have been made to 'lighten it up' and a new beginning has been written.

Linen Press have asked for more changes - some of them changes which others have suggested, but which I didn't know - or told myself I didn't know - how to do. And the more I enter into the spirit of revision, the more there is to do. I'm discovering themes I wasn't aware of. My characters have other, deeper, stories which send reverberations through the novel. The clues were there, but only now, as I dig deeper, do I 'get' them. New characters are appearing. Even the title is throwing up fresh symbols and meanings. And I'm discovering the steps to a new dance (as well as the Happy Author dance): the dance between micro and macro - from the tiny word-or-phrase edits that subtly change the emphasis or trajectory of a sentence, to the plot overview where whole swathes are being reordered and rewritten.

And then there are those passages that have always niggled, somewhere inside me, but which I've never addressed head-on. There are always more darlings to kill, more purple prose to send packing. It's scary - I hope this work is improving the novel, but I can't really know. I'm too close to it.

What am I learning? That every book contains many versions, all hidden in different clefts and crevices of the original. Books are like people. They're much bigger - and deeper - than they may appear. They contain more potential than we're ever aware of. There's always more to discover, more to learn and we can go on being surprised by ourselves, and by our writing, as long as we live.

A successful writer did not write the book you open in the shop. The successful writer wrote about sixteen crap books, and kept working them, and rearranging them until one less crap book was born. Never look at your work and despair - this is hard, it takes nerves of steel - look at your work and then work at it.
Posted by Susie Nott-Bower at 06:00

I must admit to finding the editing process a soul destroying one and each time I sub a new book to my ed, I hope and pray, the revisions will be minimal.

Latterly, I've been subbing much looser books, certainly NOT the final version.
It is scary, of course, showing anyone my work in its unpolished form, but I find it much easier to unpick it before the final stitching is in place.
HBx

Exactly, Helen - mine was all 'stitched up' and pulling it apart is proving quite a task. I hope next time I'll remember this, and Patrick Gale's advice: Keep it as loose as possible for as long as possible...
Susiex

That is such good news Susie I am really pleased for you. Best of luck with all the edits - you can do it! xx

I've learnt the hard way to write 'looser' after editing the life out of my first novel and having to start again.

Good luck with your edits :o)

Congratulations and how helpful to hear that I am not the only one struggling with reworking and going the extra mile with revision! best cat

Um Susie. Yikes. I'm posting on the same topic tomorrow. But maybe it will be interesting to get two opinions on the same job side by side.

Your post is lovely. It suggests the archeological energy of uncovering themes and layers of meaning and being able to make them more resonant.

Such fantastic news and so well deserved. I have to say that I learned more from working with my brilliant editor at Piccadilly Press on my book than in all the millions of courses I attended. I think you'll find this to be a very steep [and scary] but highly satisfying learning curve...

I don't mind editing where I've had notes given me, but self-editing is the WORST thing in the world, when you don't know where/if/how you might be going wrong... oh for a mentor, reader, agent, ANYONE! Congrats on the deal - green with envy!

Thanks, Karen and Cat. :) Good luck with your edits too.
Susannah - hah! I'm sure it won't hurt to revisit revision! May not be able to read your post on the day as will be in Bristol, but will look forward to reading it next week.
Caroline, I'm sure you're right - I feel like the learning curve is definitely in place!
Debs, I so agree. It's bloody hard doing it on your own, because of that horrible void you're doing it in. Hope your deal is on its way.
Susiex

Oh, I am so going to show this to my creative writing class next week Susie. You sum up very neatly what they are currently going through with their short stories - learning to let go and rediscover the deeper themes, then rewrite, rewrite, rewrite.
Karen, I have done exactly that too, and am loving the feeling of rewriting it looser, in a new voice, tense and genre! So freeing.

Hi Susie
Many congrats on your book deal - It must be great to have constructive/productive advice from the right people. I've been following Linen Press for a while and have one of their previous titles on my shelf. Look forward to seeing yours!
AliB

Great post as always but am emailing you for the scoop!

Many deserved congrats. I knew it would happen for you one day...

Thanks, Ali and Fi! :):)
So glad you've read a Linen Press book, Ali.
And Fi, am emailing you back.
Susiex