I Can Feel It In My Fingers... 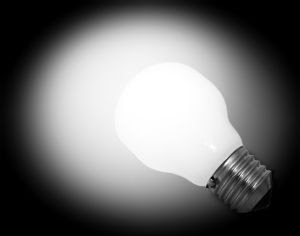 A funny thing happened to me recently, as I was puzzling over the plot of my WIP.
My character needed to contact a terrorist over the internet and his communications needed to be untraceable. I'd also complicated matters by making said character have autism and housebound...so no internet cafes.
I'm no techie. In fact my eleven year olds are masters of IT compared to me, so I did the writerly equivalent of phoning a friend: I started a thread on http://www.writewords.org/.
My query resulted in some sound advice, things I could credibly use in my story.
But the coup d'etat came in a detailed response from my very own Bill Gates.
This chap has PC cables instead of veins.
He explained patiently and in detail how my character could achieve his goal. It was like James Bond crossed with Spooks. Absolutely. Bloody. Brilliant.
I had to stop myself quoting him word for word (always a tempation for we writers when the research is fascinating, no?).
I've even written some fresh scenes to incorporate the idea that coded messages can be sent via photographs posted on the internet. It's too good not to use.
Talk about inspiration!!!!!!
And then I got to thinking about just that; inspiration.
Contrary to the popular myth that inspiration is something almost magical, it is in fact common place.
We find it in overheard conversations on the tube, radio shows, and posts on writers' websites. To be honest, I barely read a book or a newspaper without thinking to myself, 'wow, that would make a great story/setting/theme.'
I'm often asked where I find my inspiration, or worse, I'm asked if I don't worry about losing it.
In my early years this made me worry about something I'd never given thought to.
A bit like someone standing behind you while you make mayonaise, casually enquiring whether you don't find it often splits.
However, the WIP is book five, so I've learned that that's not likely to be a problem. My advice to any writer is not to worry about this either.
In truth, if your ears and eyes are open, you should find something wonderful, interesting or horrifying every day.
If you can't, maybe writing just isn't the right thing for you.
This weekend I was watching the DVD of Tim Burton's Alice in Wonderland. My daughter wants to be Helena Bonham Carter and knows all her lines off by heart, so we run a parallel performance. It's an odd experience and one I discourage in cinemas.
However, I must now be immune to the distraction because I was once again taken by one of Lewis Carrol's most famous lines.
'I often think six impossible things before breakfast.'
I think that's pretty apt for us all.
Posted by Helen Black at 06:00

Thanks, Helen. Yes, it's all about being available for inspiration when it comes along, which is all the time. And do you risk a knock on the front door at 4.00a.m as a result of researching that stuff? And is there a secret message in the light bulb photo?

Bill Gates, as in *the* Bill Gates? Wow, what a wonderful response.

I've been finding inspiration in newspaper headlines lately. There are some weird and wonderful things going on in the provincial newspapers!

Look very carefully at the lightbulb...

Good stuff but I'm a little daunted by the idea of finding inspiration every day! Think it's a bit less often than that in my head...

I don't know about 'impossible things before b/fast' but I manage to think of six 'ludicrous things' AT breakfast every day. I love staring out of the window with the radio on, a cup of coffee and a bagel...I think it's when my brain starts to fire up... that's when the madness/magic appears.

Agreed about newspapers for inspiration - although I often suspect there's a fair bit of fiction in there too!