Are you ready for publication? Guest post by Miriam Halahmy 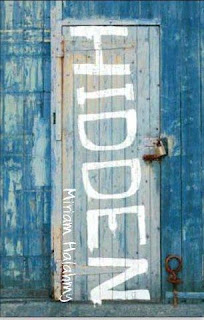 Hello fellow writers and many thanks for inviting me to post on your blog. This is a very special time for me as my debut Y.A. novel, HIDDEN, Meadowside Fiction, is launching this month. HIDDEN is the first in a cycle of three novels set on Hayling Island off the south coast of England. The novels are gritty contemporary stories, with a serious dilemma for each of the main characters to face.

In HIDDEN, fourteen year old Alix has never thought about asylum seekers. She has enough problems of her own at home. Then one day on the beach she and her friend, Samir, see a man falling into the sea and they pull him out. He is Mohammed, a student from Iraq who has been tortured by rebel militias for helping the allies and has run away. Samir, himself an asylum seeker, knows how life in England can be very harsh for refugees. He begs Alix to help hide Mohammed to save him from being deported. Faced with the biggest dilemma of her young life, what will Alix do?

So this is a very exciting time for me but I didn’t quite realise how things were about to change! I feel as though my life has been in a complete whirl since New Year. Usually I start a new novel in January and so with a great new idea brewing, I dutifully sat down and started. But that was as far as it went. I think I’ve done about 5,000 words. I’ve hardly touched the surface.

There seem to be so many things to do which take me away from writing a new novel such as organising a book launch, designing a bookmark, filling in a whole string of blog posts as a guest writer and answering hundreds of questions on blog interviews –lovely stuff but of course it does take time.

I have been interviewed by the Ham and High newspaper and the children’s books editor of another well known newspaper (watch this space). I spent a day down at Portsmouth University and Blackwells Bookshop promoting the novel and giving a talk. I spend hours on Twitter and Facebook because there are so many things to keep updating. I have also completely redesigned my website this year, revamped my blog and set up a special Facebook page – Miriam Halahmy Writer – for everyone to ‘like’.

I have also connected with lots of new writers and others who have become interested in my forthcoming publication which is great because they email me and set up coffee dates. There is a constant flurry of emails with my editor, publicist, sales and marketing, the designer and my agent. Sometimes I feel literally glued to the computer screen.


I have to admit that I am enjoying all the activity and attention but I really didn’t see all this coming. I thought we’d launch the book and then slowly interest would grow and we’d start getting it out there. It hasn’t been like that at all, so if you have a book coming out, here’s my advice - Hold onto your hats, it’s a bit like a whirlwind. And enjoy it; it’s your reward after possibly years of hard work.

Miriam Halahmy writes fiction and poetry for children, teens and adults. Her stories and poems have been included in anthologies, read on the radio and performed on stage. HIDDEN is the first novel in a cycle of three teen novels. The next two titles will be published in 2012. You can follow her on Facebook and Twitter or leave a message on her website : www.miriamhalahmy.com
Posted by Caroline Green at 06:00

I'm glad you're enjoying the flurry of the publicity junk.

It is an odd experience isn't it?

However, I would say it's imperative to get this underway before or around publication.

Letting books build slowly is too much of a high risk stategy for the publishers, as the bookbuyers need a reason to keep a book on a shelf.

That reason is usually sales or some publicity that's about to happen.

Good luck with it all...
HBx

I read Hidden last week and can highly recommend it. Many thanks for coming over to SW Miriam and here's to huge success!

Thanks for your comments folks and its a pleasure to be a guest on the blog.

Congratulations, Miriam, it all sounds so exciting if not a little exhausting - enjoy the whirl!

I'm SO glad things are going so well for you.