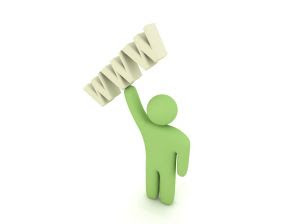 As some of you know, I'm trying to finish book four. I'm running out of time and I've already begged one extension.
Every day I arrive at my lap top and estimate how far I'll get, yet somehow I'm always way behind. I have the very best of intentions so what on earth is holding me up?
My husband suggested, with an arched eyebrow, that I make a note of what I did during those hours I'm supposedly writing.
I glared at him. 'You mean a time and motion study.'
He didn't deny it.
Honestly, who does that man think he is? I don't waste time. I'm not on the phone all day, or watching Jeremy Kyle. The cheek.

So another day, came and went with only 1000 words on the clock, and I cracked. The results, friends, were shocking.
I may not be glued to day time telly but neither am I working flat out.

The internet is sucking away my life.

Enemy number one. Mumsnet.
For those of you who don't know, Mumsnet is a parenting website, peopled for the most part by middle class mothers.

To be honest, even if you're a childless pensioner from Peru, you may well have heard of it recently. As the election approaches, the powers that be (and want to continue as such) are courting the very community that Mumsnet represents. Apparently, we women with small children hold the keys to the Kingdom. And there was me thinking we held the ironing pile...

Anyhow, I have to admit to being an avid Mumsnetter. Not that I have any aspirations to political power, but rather because it's so damn entertaining.
The forums are always buzzing. There are discussions on everything from how best to deal with toddler tantrums, to how best to deal with the pensions deficit. These are intelligent women with plenty to say. And boy do they like to say it. Frisky, feisty, however you want to describe it, the forum on Mumsnet are not for the lilly-livered.

Of all the subjects that up the tempo, nothing comes close to a good debate between the Mums who work outside the home (WOHMs) and the Mums who stay at home (SAHMs).
Before you can declare Kate Winslet's latest decree nisi, the accusations start to fly, with the WOHMs decrying the SAHMs for not providing a good role model and the SAHMs stating that Mums who work 'outsource' the care of their children, and parent on a part time basis.
This last one makes me hoot out loud. The idea that while my children are at school, or with their Nana, whilst I write a few pages of my book, I am no longer their parent is rather engaging. Perhaps I could spend the time in the pub. Or travelling the world.
Of course, no one ever wins these arguments, but that's besides the point.


Another way of throwing away my time, is lurking on Authonomy, which for good old car crash internet value, is not unlike Mumsnet.
It was set up by HarperCollins as an alternative to the slushpile. Genius. Unpublished authors upload their books, rather than send them in to the acquisitions dept. The idea is the most popular books sneak up a chart and the top book is looked at by an editor, who might spot its masterly storyline and promptly offer a contract. This never happens of course but still...

What reminds me of my beloved Mumsnet is the constant argy bargy on the forum. And nothing gets them there Authonomites in a tizzy like 'the rules'. These arguments centre around whether writers should stick to certain rules like 'show not tell', 'never use adjectives',or 'avoid the passive'. Hilarious. Honestly, pull up a chair.

One camp declare such rules the work of the devil, that they sap creativity and can never replace talent. The other camp say the rules can only improve writing and quote Stephen King, 'the road to hell is paved with adverbs.'
I'm always tempted to point out that there is no black and white, only good writing, but I don't. Like a Roman at the ampitheatre, I enjoy the show.
Things go round and round in circles until someone points out that maybe they should stop rowing and get writing...


Which is of course what I should be doing. But then I heard about this great blog...

I curse you Mr Internet and all your seductive devils.
Posted by Helen Black at 06:00

Oh hell - when they create a rehab programme (online of course!) for net addicts, I'll be there, might be fun...

I used to be an avid forum follower (writer-ly ones are the best - youwriteon, writewords.. - people get so wound up over things are VENT- often with hilarious results!). Now I'm a blogger-addict.

And a coffee one. Off I go to find some now.

Take care and GOOD LUCK with your MS!

We bemoan the young 'uns with their Facebook and MSN and here we are.
HBx

so, so, soooo true.
Susiex

Insprired by your post I'm not going to look at the internet once today.

We're like kids in a candy shop, aren't we?h Yesterday I had to find a picture of two goldfish - like you do. Google imaged two goldfish - what appears? a plethora of goldfish a deux. Then I spent another 20 minutes finding The Perfect Two Golfish. Mental. I've had a book up on Authonomy for 3 years, it depresses me but I can't take it off... just in case...Oh and that Cate Blanchett film is out on DVD now, about a Mum who blogs... that should 'waste' another hour and a half!

'Research' is a mare.
You go on youtube to find out what young people are wearing these days, next you've watched the entire series of Posh Rock. Ahhhhhh.
HBx

All very true, Helen! Our internet connection is very bad in this area and has an annoying habit of going off suddenly and staying off for hours. I feel like I've had an arm cut off when it happens. But conversely, sometimes I just have to TURN OFF the internet so that I can spend a whole afternoon writing without being tempted to do ... this kind of thing!!

I forced myself to shut down the internet and my email for just one hour on a recent writing day and I managed to do 1500 words in that time. Think how productive we'd all be without these distractions!
Still, I'd miss it!

All horribly, horribly true. And those fast-moving forums are the most lethal, because there's always something to read and respond to. Though Authonomy is so poisonous I've got no time for it, and pity the deluded souls who spend 8 hours trying to get their work up the rankings. It's nothing to do with merit these days.

You can get a program for Macs which shuts you off the internet for a set length of time - set by you...

Not, of course, that I'm here, writing this. I'm really writing an editorial report. Really!

(I'm not that familiar with mumsnet. Actually I thought it was a website run by tracksuit clad chavs!)

I can't possibly switch off the 'net whilst writing as there's always a point or word I need clarified. My work involves a lot of research - my current WIP starts in 1972 when I wasn't around. I tend to discipline myself anyway which is a good thing :)

Gawd Helen you've just informed me of an internet forum I hadn't heard about. AARRGH! Note to self - step away from Mumsnet. With blogging, Writewords and Twitter you are already at risk of never actually writing.
That whole working mum argie barge though really appeals - might just sneak a quick look...

Mumsnet scares the living daylights out of me. I wouldn't dare post anything on there, but the Relationships forum is great for plot ideas!

Yes, Mumsnet scares me too. Used to be on it a lot but got my head ripped off by a nutter about some innocent comment once. Have steered clear since then although am glad it exists. Can be quite vicious though...

Mumsnet is fab. Very political. But the posters can be bloody vicious to one another.

Authonomy, as Emma says, is vicious. The posters are often vile to one another.

I think in a previous life I probably enjoyed bear baiting, or bare knucle fist fighting.

But then I think we live such sanitised lives we probably enjoy watching blood shed at a distance. Which is why people love thrillers...like the one I should be writing. LOL.
HBx

T'Internet can be sooooo addictive and makes for perfect procrastination fodder doesn't it! It's so easy to loose track of time and purpose on there!