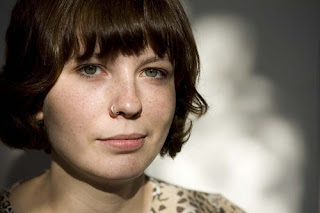 For the past two and a half years, those three words have been banned not only in my house, but anywhere in my vicinity. That’s how long it took me to whinge about and complete my second novel – Cold Light. I started just as my agent started submitting A Kind of Intimacy to editors and at that time I was full of confidence – thinking that I’d done it once, of course I could do it again. This time it would be much easier, and quicker, and less frightening – because I knew what I was doing.
Insert the sound of hollow laughter here.
It wasn’t quicker, it wasn’t easier and in many ways, although I didn’t take the Donna Tartt route and leave a decade between my debut and follow-up, it was actually more difficult and time-consuming than the first time around. For months I deleted more than I wrote, dismantled the plot and screwed it together again threw the kind of hissy fits that I sneer at when I hear about them from other writers. It was a horrible couple of years.
Exactly like, in fact, writing my first novel.
The cliché of thought around SNS is that the publicity surrounding your first gives you a bit of stage fright. But I’ve been incredibly lucky. There was an initial flurry of reviews, none of which made me swear or cry, and a steady stream of events at festivals, libraries and bookshops, which I quite liked doing, actually. Nothing I could point at and say, ‘there, it’s your fault I can’t write this.’
For me, the problem was in the transition between writing as a hobby, done in the early mornings, late nights and lunch hours at work, and writing as a job – shoes on at nine in the morning, bum in chair, sit yourself down and get on with it no peeking at twitter kind of work. I got an arts council grant, gave up my job as a prison librarian, and got on with it. Except it didn’t happen right away. I struggled to take myself seriously, to take the work seriously, to feel like a real writer. They don’t do it like this, I thought, not in their cardigans with a bag of satsumas in their laps. Real writers aren’t like me. I needed a boss.
I wish there was a trick to sorting that out. I spent some of the grant on mentoring – a difficult, rewarding, demanding process that really helped. Forgetting about money and resigning myself to always being a bit poorer than my Friends With Jobs helped too. Rationing facebook and twitter. Knowing when to give myself a bit of sympathy and when to sneer at my own tantrums and force myself back to the desk. Remembering something I am always telling my students – it’s all right to write a shitty first draft. The magic is in the re-writing.
The most important thing was giving myself permission not to write. The world has enough books – no-one needs something I can’t be arsed writing. If I don’t want to do it, then fine, don’t bother. See if I care. The thought was usually enough to drive me back to my desk for another round. I’m easily manipulated like that.
And I’m done now. I’ve an idea brewing for the third. It’s bound to be easier this time. I’ve done it twice now, haven’t I? This time round, it’s got to be a doddle.
Jenn Ashworth has, as you may have gathered, just finished her second novel. Her first, A Kind of Intimacy, is out with Arcadia. She also writes a blog. www.jennashworth.blogspot.com
Posted by Administrator at 06:00

Hi Jenn and congratulations on your writing success so far. It sounds like the moral of this story - and every writer's story - is that often it's just bloody hard work! I find that strangely reassuring because, if I can cope with that state of affairs before my novels are published (3 and counting!) then I'll have realistic expectations of the writing process once my work is on a book shelf. And it helps to know that other writers feel the same way.

Any tips for coping with 5th unpublished book syndrome??:):)

I absolutely loved A Kind of Intimacy - I remember reviewing it for my local paper - and am delighted you conquered your SNS and have written another one :o)

I think what you're describing sounds fairly common - I was talking to a writer friend recently who still feels like that 7 books in :oO

Actually, that wasn't much help ...

A brilliantly revealing post, Jenn - thanks. So glad you have ideas for the next one.
I was wondering if you could say a bit more about the mentoring - who it was with, for how long and what happened? But maybe that's another post in itself!
Susiex

Great post, Jenn. Second Book Syndrome is such a muddle of different things, to do with your writing self, to do with the book trade, and to do with your changed relationship to ordinary (real?) life. Best of luck with it!

Hey, no pressure Jenn, but AKOI was one of my favourite books around that time. So I've got high hopes of you, OK? ;) ;)

I like the strategy of saying, 'Don't bother then..see who cares.' I have the kind of brain that would work on too and am going to give it a try.
Can't wait to read the new one.

Enlightening post, Jenn. I'm sure many people will identify with SNS, as it's such a common problem. I must admit though, happily, I had few symptoms of SNS. In fact, I breezed through my second, writing the first draft in a matter of nine months.

Congrats on your success so far - And I'm sure being a prison librarian must have been such a rewarding job!
Gillian x

Great that you've finished your second book and are now on your third. I think that if each one is heart-wrenchingly written - then it's all for the good of the reader!

Good luck with your third novel!

Best of luck with number 3!

Great post, Jenn - 'A Kind of Intimacy' is in my Reading pile and now I'll be imagining you writing it with a bag of satusmas on your lap! (am sure others have had far weirder things on their laps whilst they write). Love your brutal honesty - esp the 'cba' thing - which just sums it all up, doesn't it? Who else (but us) really gives a sh*t whether we write the thing or not? It's the self-discipline/belief that's the bugger! Well done with No.2.Here's to No.3.

Just happened by, and as I read, I felt myself nodding. And nodding. Having just finished my second, which I was sure was more difficult than my first, I realize the writing was the same, but the expectations made that writing seem daunting.

An interesting and revealing post. And,congratulations on completing Book 2!

Thank you everyone - I'm really glad you found it useful.

Derek - I think what you said about 'realistic expectations' hit the nail on the head - it is very personal, but I think part of my trouble was that being a full time published writer wasn't any easier or more exciting than being an unpublished hopeful writer who squeezed it in around a job.... that sounds like terrible moaning, I know, but it's what it felt like for me some of the time.

Sam - no tips at all, except for the secret that A Kind of Intimacy was not my first novel, but my third... I reckon it takes lots of people a few practice goes to get it 'right' (whatever 'right' means). Keep on keeping on!

Karen - thank you so much. I'm glad you enjoyed a Kind of Intimacy. Seven books in? I'm kind of resigned to the fact that the things I find difficult about this job (the rejection, the hard work, the 'I don't know how to do this' feeling) are things I will always find hard...

Susie - I'd love to say more about mentoring. I keep wanting to gather my thoughts together about it in a blog post, which I will do soon, I think. Vanessa Gebbie is also being mentored, and is blogging about it, so her blog might be handy for you if you haven't discovered it already.

Emma - thank god book three is easier. I don't know if it will be easier, easier, or if it will be easier because I know it's going to be just as difficult. Kind of like labour the second or third time around... I'll pop back in a couple of years once I've finished three, and let you know :)

CarolineG - thank you so much. I love it when people like A Kind of Intimacy.And yes, tricking yourself into getting the work done isn't always a last resort, but a big part of my process. My writing self is a recalcitrant toddler that needs managing, a lot of the time :)

Gillian - see, I'm a bit jealous. Maybe book three will be the one I breeze through, or maybe they will all be tough for me. Do you have a secret?