Guest Blog by Emma Barnes - Why It's Good To Be Rejected 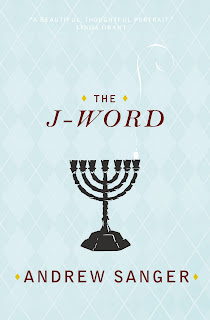 We reject a lot of manuscripts. We’re bound to: we’re a small publisher with an open submissions policy, and we publish far fewer books each year than are submitted. I want to share with you why we make offers on the ones we do, why we reject the others, and why you should be glad to be rejected, some of the time.

First up: even if your book is brilliant, it may not fit with a publisher’s objectives. If you have written a novel which is destined in the future to win the Booker, chances are that we at Snowbooks will reject you. We have an editorial policy driven primarily by our own entirely subjective tastes, combined with a forecast of what we think we can sell. Since we have collectively loathed most winners of the Booker for the last decade it’s unlikely that an excellent example of modern fiction will find a home on our list – regardless of whether other people would appreciate it or how many prizes it has a chance of winning. And if you’ve written something which is breathtaking in its mould-breaking originality, we’re unlikely to go for it, despite its genius. We are interested in books which we can sell – and, without huge budgets to break a new genre into the market, this often means books which are easily defined.

As an author of fiction, you're presenting something which is very much part of your soul to corporations who are, by definition, soulless. That's not to say that people in publishing aren't nice. I'm nice. But I'm running a business whose first priority is to keep trading: we owe it to our present and future authors and to ourselves. We're no use to anyone if we go bust. The need for commerciality, which all publishers share to one degree or another, doesn't often sit happily with an author's need for artistic expression.

The books that we do make offers on tend to be brilliantly written, but they also have to tick boxes. Genre, for instance: the areas where we've historically had success are natural areas of focus for us, but our focus does evolve and authors aren't necessarily to know this. Length: we're not likely to publish anything under 70,000 words or over 180,000. Attitude of the author is also a consideration: we've turned down books in the past which fit our editorial plans perfectly but the author seemed to be the sort of person we'd rather not work with.

If we were to sign up a book which we knew to be outstanding, but it was outside of our sphere of ability or interest, we wouldn’t be doing you a favour. If we don’t have the right contacts at retailers, publications, websites and distributors, or the right touch for cover design, or editorial competence, we’re not going to be able to do your book justice. If your book is within our sphere but we don’t fall in love with it – a state which is highly subjective, impossible to explain and difficult to predict – we’re not going to have the passion to evangelise about it to the degree necessary in an industry where over 100,000 books are created every year.

Many authors think of getting a publishing contract as being the end goal, but soon discover that publishing is just a business. Not all is rosy the other side of the publishing deal and though those rejection slips may sting, sometimes they avoid a lot more disappointment.

In 2003 Emma Barnes, along with Rob Jones, founded Snowbooks. Since then they’ve won the Small Publisher of the Year Nibbie, the Innovation Nibbie and the Trade Publisher of the Year IPA award. They’ve sold nearly a million pounds worth of books, and at a party to celebrate successful business women, Emma met the Queen, at which point all her principles went out the window and she curtseyed.
Posted by Administrator at 14:41

Hah, I met the queen too at a royal garden party in Holyrood House palace gardens in Edinburgh as my uncle who was the Lord Provost of Glasgow invited us to go along. I didn't curtsey though as I am a republican at heart. Just bowed my head! It was quite an experience though.

What a terrific post and very insightful. I'm away to rewrite my book before I send it to you! Joke!

I really enjoyed seeing things from behind the wall of publishing. Thanks.

Thanks for this honest and straightforward glimpse into the process of acceptance/rejection, Emma. If I get a rejection from Snowbooks, at least I'll know I'm in illustrious (Booker-type) company!
Susiex

Thanks for the insights, Emma. As you must know, there are tens of thousands of us out here, struggling to understand why no-one is publishing our work, and what we can do about it. Pieces like this help sketch in more of the picture.

One of the questions that still puzzle me is why agents and publishers seem so very picky, yet at the same time complain that the work submitted to them is often of such poor quality or in such an unfinished state, that they can't use it. Is it that, despite 90% of submissions being unpublishable (by anyone!) there is still so much good stuff in the remainder, of the right genre, that fits your list, that publishers are spoilt for choice?

Or, depite the mountains of work you receive, do you still eye the slush pile with despair because you can't find enough of what you need?

I nearly met the Thai king at the cinema the other week. Does that count too?

LOL, MOB and JJ! The nearest i've come to royalty is sitting next to an old lady on a bus trip who spent the whole time trying to convince me she was Fergie's grannie. And then there was the time 'Princess Stephanie of Monaco's bodyguard' chatted me up on a plane:):)

But back to rejection. Hmm, really interesting post, Emma and it is fascintating to see the other side of the business. I'll try and remember some of your points next time a rejection slip hits the mat (or worse, a rejection email bursts onto my screen - they're the worst!). It is hard to be logical though, when you are feeling/getting desperate to win some recognition - any recognition - and get published.

Great post, and it's the perfect answer to the popular view: "All those publishers who rejected JK Rowling must be kicking themselves now!"

Probably no one is kicking themselves at all, because if Harry Potter (or any other mega-famous book) had been published by someone who didn't like it that much, we'd never have heard of it anyway.

Hi Emma. I submitted a manuscript on August 14, 2008 called The Barbarossa Covenant. I then sent a query in December and again in March. To date I have heard nothing, yea or nay. Should I just assume that no response from Snowbooks is a rejection and move on? Somehow I got the impression from reading your blog that you actually sent rejection notices if a work was declined.

Good, clear, straight-talking. That's why I love to read the Snowbooks blog - and why I have no intention of submitting my work to them!

Hi Emma, great blog! It's good to hear things from the publisher's viewpoint where you sound like such a nice person, rather than the usual one line rejection slips or the standard letters which make all us authors feel like giving up before we've even begun!
Thanks

Many thanks for posting this. Very interesting. I call in on Snowbooks' blog every working day and have done so for a couple of years so I just followed the link.
Have you read the most recent interview with Will Atkins, commissioning editor at Macmillan New Writing? I've posted a link to it on my blog. All the best, regards.

Thank you, Emma, for saying exactly how small publishers work and why.

Rejection is one thing. Absence of response is something else.

At the risk of falling into the category of 'difficult author', I submitted back in June 2008 (maybe we should have a comp for earliest unacknowledged submission?!) and followed up with an email in November 2008. Still not a dicky bird beyond, recently, a suggestion I simply resubmit. As convention dictates that multiple submissions are at best unprofessional, it means a lot of time could have been wasted.

On the plus side, I commend Em's honesty for stating plainly what Snow Books are looking for.