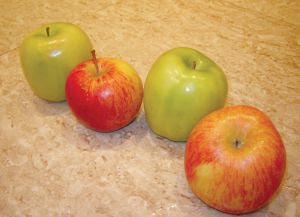 I’ve been thinking about the role teachers play in the writing process. I don't mean that much-debated chestnut of whether creative writing can be taught. Instead, I mean the influence of school and how key individuals early on may have prompted us to take this exhilarating, frustrating, addictive path of writing.
In the last year of primary school, I had a certain Mr Hyde, a teacher I adored and feared in equal measure. It was pre-National Curriculum, and every week we were given the task of filling the back wall of our classroom with pictures, news and stories. This task was known simply as ‘Magazine’. My contribution was writing melodramatic stories in weekly instalments and I can remember ferociously working out a plot issue on a family walk in the country at the age of ten. It’s scary how little has changed in the [ahem] however many years since then.
He also set us a regular descriptive writing task. We’d be given a concept or even a single word (one week it was just ‘grey’) and then told to write about it in a certain number of words. It was probably something like 150, but at the time the word count seemed epic. He loved a good metaphor, did Mr Hyde, and he also encouraged us to pack our sentences chockfull of as many adjectives and adverbs as we could squeeze in. He didn’t want flat writing, he wanted descriptions that sang, danced and got right in your face. This wordy tendency has been discouraged on just about every writing course I’ve been on as an adult, but even so, I think Mr Hyde taught me a very important lesson. Words weren’t flat, two dimensional entities, but a type of magic that anyone was allowed to dabble in.
I think Mr Hyde would have guessed I might end up writing. But by secondary school, a very run-down comprehensive, I kept it all much closer to my chest. In the third year there, I had a teacher I’ll call Miss Smith. Central Casting couldn’t have been crueller when it came to a middle aged, unmarried teacher. She had bad teeth, a giant mole on her chin, thick glasses, was very overweight and had greasy grey hair pulled back in a limp ponytail. Her job was mainly about crowd control than shaping young minds. One day she announced we would be studying Shakespeare the following year, which prompted much jeering and complaining. I probably added a few 13-year-old eye rolls to the mix too. But this time, Miss Smith didn’t shout to make her point. In a low voice, she just started to quote from (she told us) Romeo and Juliet. Her eyes were closed and she had a rapturous look, as though the words were transporting her somewhere better. The chaos continued all around but I was rooted to the spot, transfixed, and the classroom noises seemed to fall away. The words seemed so powerful and musical, they literally took my breath away.
When she’d finished she met my eyes. I blushed and looked away. But I think she knew she’d made her point. I believe that it was on that wet, Wednesday afternoon, in a room that smelled of teenage hormones and chalk dust, that I properly understood the transformative power of words.
So if you’re a teacher and you sometimes wonder why you bother, don’t despair. You too might have touched someone who’s never said thank you in person.
Posted by Caroline Green at 06:43

I'm sure your Miss Smith will be reading this and with some satisfaction, Caroline. I've been a teacher and there is no feeling better than the feeling you get when you see the light of appreciation flickering in a hitherto disinterested student's eyes. I've also been a pupil inspired by the enthusiasm of all my English teachers, I'd say.

I love that "Magazine" idea!

Teachers are still very keen on adjectives and adverbs nowadays.

All I remember at High School is my English teacher telling me i wrote like Enid Blyton - and she didn't mean it as a compliment. I loved Blyton but it's left me with the legacy of thinking that my writing isn't 'dangerous' enough.

Thank you all for comments.
Sam, that's so sad that you had the opposite experience, of being hindered in your writing. I guess there are just good and bad teachers out there..

It's funny but the 'magazine' activity and the fact that I have gone on to be a magazine journalist never actually occured to me!

She was a good teacher really, Caroline, i just don't think teachers realize how comments that are fly-away to them, and meant with the best of intentions, can stick with a pupil for life!!

Really evocative post, Caroline - thanks. It's moments like those, when there is a real connection, a kind of handing-on of something, that make such a difference.
Susiex

Thanks for comments all.

It's strange that I only thought about this for the first time recently...I suppose there are lots of different influences throughout life that make us who we are...for good or bad!

I so empthasised with this. I still remember the feeling of pride at having a story read out in junior school class. Maybe it's what fires each attempt to write since. How clever of Mr Hyde to contrive an audience for every one in the class.

Like you, I was inspired by the enthusiasm of my Eng Lit teacher at secondary school (although the atmosphere was more conducive) and I decided I must do the same thing myself.

Did you become a teacher, Sheila?
That's a lovely story.

Lovely post Caroline. I can sympathize with your experience of comprehensive schooling - who invented that idea anyway? However, I was also a teacher for many years and know just what Geraldine means about that light of appreciation in pupils' eyes. I hope someone out there feels about me the way you feel about your Miss Smith, Caroline.

Ooh, Poppy - welcome! Lovely to see you are a follower now.
Susiex

Thank you for a wonderful post Caroline. That struck many chords...

Thank you Lydia and Katie.
Your comments are much appreciated!

Great post.
I went to a tiny primary school where we were encouraged to decorate the walls with our poems and stories - the type that sag at the end of every line as we tried to squeeze it all on.
Only those judged to have the best handwriting were allowed to put their work up on the walls of the secondary school.
Only with the advent of the laptop did I write anything again.

I'm so sorry I missed this post. I had a wonderful English teacher back in the day - er..1980 ish to be precise at a bog stanadard comp. He encouraged my love of literature and helped me apply for auniversity I'd never have dared to try for. The man, sadly, died in his forties of cancer so he doesn't know I write novels now. I think he'd laugh and be slightly horrified at the genre I've chosen but also be proud. Teachers are ahuge influence. We had a vile maths teacher and I barely scraped an O level pass.

I'm going to forward this to a teacher friend of mine who's had a really bad week. In the meantime, here's my favourite teacher story:

Mr Rogers was my sixth form economics teacher when I was 16. I have always been a literary type - terrible at mathematics, hopeless at science and mediocre at economics. Mr Rogers was a firecracker of a teacher with a wicked sense of humour and a growing wine cork board on the wall; you could always gauge his mood on a Monday morning by the number of corks he brought in. I remember wondering how he managed to make economics so vibrant and engaging - I was in awe of the fact that he could make something like marginal utility both interesting and funny.

It took for seventh form (senior year) to roll by and a new economics teacher for me to truly appreciate Mr Rogers. Stiff as a board, a stickler for classroom decorum and an absolute bore to listen to, my new teacher made economics a chore of a class and this angry student mildly homicidal on a regular basis. I ended up leaving halfway through seventh form and heading straight to university, and economics was one of the chief reasons why I left!

Four years later, Mr Rogers came into the cafe I worked in part time. I got all nervous, but ended up going over to him and saying: "Just thought I'd let you know that you were my favourite teacher at high school. You were interesting, vibrant, inspirational and hilarious, and I enjoyed your class more than any other in those five years. I just want to say thank you". He left the cafe really happy with the same big smile that his students would leave his class; it was great to return the favour.

The next day, the woman who had come in with him - one of my regulars - said thank you to me for coming over. "He had the worst year of students he's ever had last year, and was wondering if it was still worth teaching. Your words brought a tear to his eye, and he felt renewed as a teacher."

So please, if you ever have the opportunity to thank your teachers, do so! You don't know how much of a difference you can make.

PS: I'm going to link Strictly Writing on my blog, I hope you don't mind!

This touched me to the core. My Infant teacher, Mr East, was my greatest inspiration. I was about 9 I guess and during 'essay time' we'd have a box of pictures that were cut out and stuck to card with a title he'd made up on it and we'd pick one out and write our essay about it. Why I remember 'kitten on the counterpane' I don't know but Mr East always encouraged with his huge smile and his lust for life and words in particular. When I moved school he insisted I send him my first book when I had it published. He died of cancer a few years later and I never got the chance to say thanks for turning me into the Wordsmith I am today... can I say it posthumously?

Gary Hedges was the spit of the guy in Eraserhead poster, and was apparently a former boxer. He was also a huge Orwell enthusiast, and supported us when we refused to read Stevenson's Master of Ballantrae, which I'm sure our school had original editions of, and went and got new copies of Kes.

His interest in socially committed writing was a big influence on me, and he took me under his wing. It turned out he was reading my essays to the class that studied Latin, which was looked up to in the decrept institute I was schooled, nad he had a faith in me that no other teacher expressed.