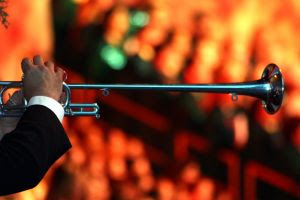 The fanfare is to welcome our new Strictly, Derek Thompson, who has manfully stepped into the shoes of our beloved Rod, who is off to poetical pastures new. We’ll miss Rod’s wit and wisdom hugely, but Derek will be bringing his own brand to the party, as a comedy writer (among other things) and occasional coach. So, on behalf of all Strictly followers, we decided to plonk the new boy down in the hot seat, direct a bright light into his eyes, and interrogate…er, that is, interview him:

So, Derek, tell us a bit about your writing life to date…

Well, I have been around the writing block a few times and have occasionally found a temporary parking space.

I write both short and long fiction, non-fiction and comedy material. My paper children include:

• Four completed novels - three of which are doing the rounds. Two short story ebooks with Musa Publishing - one out in Nov.
• Stories in three anthologies - Coffee Shop Chronicles, Beyond the Horizon and Flash Fiction South West.
• An in-progress ebook anthology of my own stories.
• The Little Book of Cynics (co-written with David French).
• Two unloved homing sitcom scripts
• The Showreel Sketchbook - a self-pubbed ebook of comedy sketches.

Why comedy as well as fiction?

Because it's fun! And even if time is pressing, it can still be a great way to get creative with words. Something simple, like a joke, can involve many of the techniques we also use in fiction - such as exaggeration, juxtaposition, content and context, wordplay, and building tension. Plus, you can use comedy to say things in a way that's less confrontational than saying it outright.

It all depends what I'm doing, really. If I'm working freelance for a client, I'll be focused on their brief to the exclusion of all other projects, however compelling they may be. When I'm working on a novel, I like to immerse myself in that world and read the dialogue aloud, in character. It helps that I write in the attic! Sometimes I temp, so any time before and afterwards has an added tension and focus. Strangely, I often get more writing done then.

My best opportunities for creative writing are first thing in the morning, last thing at night and being trapped on long train journeys - a habit I picked up when I used to travel up to London regularly from the West Country.

I suspect this is where the comedy comes into it again. My pub story 'highlights' include:

1. The indie editor who offered me a contract and died before the revised contract could be signed. The replacement editor hated the book.
2. The indie editor who took a year to get me an edit for approval and then the firm went bust.
3. The indie publisher who wanted to publish my novel, but because of its size requested a sizeable contribution from me.
4. The publisher who asked for a 'full', only to return it immediately as the request had come from a work experience person who had exceeded her authority and enthusiasm.
5. The editor who asked for a full and then rejected it because the word count was too high, based on a formula they'd neglected to tell me about beforehand.

I'm sure I'll share more as time goes on.

Any advice for aspiring comedy writers?

Probably the same as for any writer - dare, write, edit, refine, be persistent and be creative. And network too, apparently.

I'm not sure if it's the greatest, but completing my fourth novel, Scars & Stripes, gives me a unique satisfaction. Had I not written the other three novels, and a very personal piece for The Guardian, I would not have been able to tackle some autobiographical content that's been loitering at the back of my brain for too many years.

Your most embarrassing writing experience?

I have two - one really personal and one less so.

I wrote to a TV producer, Simon Wilson, (that's the dare part I was talking about) telling him how much I liked his sketch show and offering him some of my material. The show was called Swinging, but I kept calling it Swingers in my emails.

The personal one is both comic and tragic (one of my brands). I heard from my granddad that an uncle had passed away suddenly, and I really liked him. So I wrote to my aunt, expressing my condolences and telling her what a nice bloke he'd been. She wrote back, thanking me for the letter saying it had really touched her. However, he wasn't actually dead - my granddad had got his aged wires crossed. Less than two weeks later, my uncle died. I didn't send another card.

What qualities will you bring to Strictly Writing?

That sounds like one of those classic job interview questions, where I'd normally fish out words like dynamic, flexible and task orientated. But seeing as how it isn't, I'll say that I want to bring openness, humour, warmth and creativity. Not that they weren't here before, but it'll be my own special recipe.

If any Strictly followers have more questions for Derek, now’s your chance!
Posted by Susie Nott-Bower at 06:00

May I kick off the questions? Nothing too personal, but what do the other people in your life make of your writing?

I'm aware that life with a writer can be ...trying...for my family.
HB x

Hi Helen, my better half Anne is supportive and occasionally exasperated. Likewise, friends are impressed by my resilience, but wonder when the 'big' ship will come in, or if it ever will.

I really enjoyed reading this, Derek, particularly the part about your poor uncle.

Lovely first post/interview, Derek. As you know I'm a huge fan of yours (not in a stalker-ish way) and was really touched reading your Guardian piece. Good luck with SW, I'm sure you will be a great asset.

Hi Derek, I think I'm going to enjoy your posts!

Dear Derek, if you write comedy, does that mean you're funny in real life? Oh and what fictional character would you love to be?

Thanks everyone for the warm welcome. I will endeavour to live up to your expectations!

I think I'm funny in real life, to a point, but it's often when I personally feel in need of entertainment. It's also, in part, a reaction against formality. As you can imagine, corporate life was a hoot - for me at least!

As regards fictional characters, from my own books, arguably I'm Alex in Scars & Stripes, and also a little of Thomas Bladen and Karl McNeill in the thrillers. But I'd have to say I'd enjoy being Sherlock Holmes, John Watson, Dr Who, Tristan, Dr Rhodes, Merlin or Bugs Bunny. And that's all folks!

A big welcome to Derek! I'm sure you can tell his posts will be entertaining!