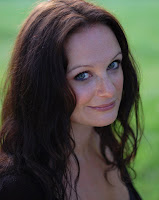 Back in August when I was eight months pregnant and starting to think about a blog tour to promote my second novel, Home for Christmas, I approached Strictly Writing and asked if I could guest blog on their site. When the Strictly ladies said yes, my first thought was that I'd write about the similarities between having a child and writing a book. After all lots of authors compare writing a book with pregnancy and publication day with giving birth (and worrying that, while you think your progeny is beautiful, the rest of the world thinks it's ugly as sin).

So why have I decided AGAINST making similar comparisons?

Okay so it was by Caesarean (my baby was breech) so it could be argued that I got it 'easy' compared to a natural birth, though if you'd said that to me when I tried to get out of bed the day the next day and felt like I was being stabbed in the stomach I would have punched you in the head - right before I fainted! Anyway, in this author's opinion writing a book and setting it free on publication day is nowhere near as difficult as gestating, birthing and bringing up a child. To think I was going to draw a comparison between the characters in your head and your baby keeping you awake - ha!
That's not to say I had an easy time writing Home for Christmas - far from it. Second Novel Syndrome was alive, well and squatting in my brain. My first novel, Heaven Can Wait had an easy 'birth'. I wrote the first draft in under four months and edited it in six. Once I'd found an agent and publisher there were a few more tweaks to be made (I laugh to think I called them 'edits' at the time) and then the book was ready to be published.

Home for Christmas, however, was an entirely different story. Its first incarnation, 'The PDA', was scrapped at 20,000 words when I realised I couldn't stand my main character and didn't care what happened to her (a slight issue if you want your readers to care!) Instead of trying to make her likeable I started a brand new novel instead. I called it 'Happiness Ever After' and, while I loved the main characters, it wasn't long before I realised the supporting cast weren't working and needed rewriting. So I did...for several months...until I realised that the characters weren't the problem - their subplot was. Cue the deletion of the subplot and another rewrite. Finally, over two years after putting fingers to laptop, I had a novel that my agent, my publisher and I were all pleased with. I don't mind admitting that by the end of the process I was EXHAUSTED, my confidence was dented and the thought of writing another novel made me nervous.


Not the most inspiring story is it? Or is it? Because you know what? The second I held a sparkling, beautiful copy of Home for Christmas in my hands for the first time I fell in love with it, forgot how arduous a process it had been to bring it to life, and started fantasising about writing a new novel.

Oh hang on...turns out there is a similarity with having a child after all...


Cally Taylor's second novel Home for Christmas was published by Orion paperback on 10 November. Cally blogs at Writing About Writing

We have a signed copy of Home for Christmas to give away! All you have to do to enter the prize draw is leave a comment below. We'll draw a name from an adorable baby bonnet and announce the winner next weekend.
Posted by Fionnuala at 06:00

Having done neither of these things I can't comment on the comparison.

However, I'm delighted that they both arrived safely and am looking forward to reading Home for Christmas very soon.

I can totally relate to this as I signed a publishing contract a few days after giving birth. Giving birth was the easy bit as it was only four hours and to be honest, I've had worse headaches! The novel, on the other hand, took two years to complete and I revised and revised until I was happy. Anyway, to cut a long story short, both were born successfully. Looking forward to your book, Cally.

Being a man, I couldn't possibly comment on the childbirth analogy. However I could say that after an easy time with book 1, book two is starting to feel like pulling my own teeth.

Drawing on the same comparison I've been 'gestating' for nearly ten years so I'm getting a bit scared at the amount of damage the 'birth' with entail! Fab post, Cally, well done on both bundles of joy and please enter me - I loved HCW!

Lovely post Cally! And many congrats on both baby and book :)

They do say the second novel is hard, don't they? Glad you got there in the end, Cally.