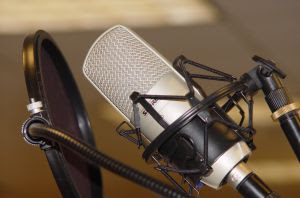 I don't expect anyone to read this.
Seriously.
This morning, you'll be far too busy finding out who is running the country. Some of you will have stayed up all night waiting for the Portillo moment. Many of you will be nursing hangovers. Others will be staring in despair into your hemlock porridge.

What you're most unlikely to do is log on and read a writing blog. I don't mind. I can blabber on anyway, without the need to be remotely entertaining or informative.

Obviously I'm writing this yesterday. Though I'm well known for leaving things til the last minute, I'm not blogging live...yet. So while you know who is our new leader ( well done to Dave or Gordon or Nick, though not Griffin natch ), I don't. And at time of going to press I'm still undecided.

I know, I know. It's pahtetic but I'm one of those floating voters. Contrary to a few, some might say, unkind comments, this is not an exercise in attention seeking. Okay, my agreeing to give interviews on LBC radio about my political dithering could be construed as look-at-me city, but when I was offered the gig I just couldn't refuse.

Actually, I've really, really enjoyed it. I mean who wouldn't? That nice Nick Ferrari asking me questions about what I think of the election and which way I'm leaning. It was a gift for someone like me who loves to talk. Thousands of listeners hanging on my every word. Well maybe not hanging, but you know....paying attention. And if Gordon Brown has a great face for radio, then I have the perfect arse.

As an aside, I've often thought my need to blether is why I started to write. I could, you see, talk for ten hours a day, but people just won't listen. Husband-who-lives-in-hope is good for an hour tops. And the kids are useless. They keep wanting to tell me stuff. So I worked out that if you just write down what you have to say, you can go on and on. No one will stop you for pages and pages and pages. Genius.

In many ways it's like radio too, in that your audience is invisible. You can't see them rolling their eyes and stage whispering, 'will someone just tell her to shut the fuck up.' See, genius.

Each week I've looked forward to giving Nick my update. Except the weeks I went missing. Due to a volcanic ash cloud and an incompetent travel company I got stuck in Bangkok. They were having the hottest weather on record. Oh, and there is a mini revolution going on. Apart from that it was great.

I'm pretty sure my absence was noted during that gap. The LBC voters missed me and my thoughts. Which party, for example would best represent writers? Well, we're self employed so maybe the tories? Then again most of us earn bugger all, so maybe Labour? I'll admit my musings were hardly ground breaking.

Anyhow, as of this moment, I can confirm that it wasn't all a ploy. I'm still undecided. But here's the best part - it doesn't even matter, because in real time the whole shebang is sorted. Or am I in real time as I write?

I read it! I'm so depressed about who won my constituency I've turned to blog reading ...

LOL.
At this moment it looks like the country were as undecided as me.
Maybe Nick Ferrari would like to ask my opinion...
HB x

I think lots of people will read it...but they're probably all as bleary-eyed as me! Matchsticks, anyone?

Great post Helen! I too love to talk! Just had my BP taken at the doctors - nurse looked at me in despair and said 'STOP talking!' x

Well, I'm here! I'm with Simon - depressed over my constituency - so I'd rather read blogs!

All depressed politicos welcome...and anyone else bored this afternoon.

I'm on tenterhooks wondering what will happen now. And what about all those poor people who couldn't vote. Nightmare.
HB x

I'm so politically unaware or blind or whatever it is I am (completely uninterested) that I don't even know what a floating voter is, but I'm sure it's lovely.
And if I voted, it would have been for the more aesthetically pleasing of the candidates and the Clegg guy would have got my X. He has such nice hair (is this how voting works?)

Now we sort of know the result (to hang or not to hang?. The air is a very pale blue tinged with orange, the blackshirts may not have won a seat but by jingo people still wasted their votes on these nutters and the sunrise is now a fading red... or maybe orange.

Back to work folks, nothing much to see but plenty to read!

re the election I just find it rather sad that no-one can actually celebrate, least of all me!
AliB

Hi Helen, so sorry not to be awake enough to read your post. Have been watching the news on TV for nearly 24 hours now.

Two days on and we're still no nearer knowing who's going to be running the country but at least I'm nearer to knowing why I write so much. I think it's like you say, Helen, because everyone at home is fed up of listening to me blabbing on and on. Thanks for clearing that up for me ;-)

Hi there everyone... I follow this blog, and love reading the new posts. I've added your blog as one of my favourite's and have a link off my own blog to yours. I was wondering if you'd be ever so kind and put a link to my blog on yours? It's http://crazylunaticrants.blogspot.com/
(You can delete if it's not ok)

If you're that good at talking maybe you should stand for MP next time.
Shouldn't have to wait to long. October maybe...

I take life too seriously not to find this very amusing, and dontcha know how much we need to be amused in these times; for someone who's Irish I think 'the worst since Cromwell just about sums it up'. I'm too tired at the moment - the hostel in Dublin spent days bashing my head in with the drumming rock and the early hours of the morning fighting over girls in dorms - to figure out what 'floating' voters are but I doubt not that they can sometimes give rise to 'hung' parliaments.