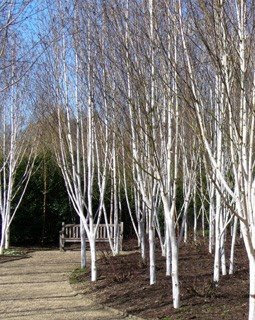 Phew! That's a toughie. Sorry, but you may not find what you've been looking for in this blog!

Or maybe not looking for?

I think a lot of talented writers tend to shy away from answering the question of what inspiration is. When asked they rarely give a satisfactory answer. It’s as though too look at it too closely may cause it to disappear and be lost forever. I think that scares more people than anything. Don’t examine what you don't need to examine or if it isn’t broke, don't fix it.

Of course some may think my inspiration, my ideas, are rubbish.

But who cares? It’s mine, it's there to be used because if I don’t use it I think it will wither and die, Becoming something once experienced, a distant echo, barely remembered.

To me it's youthfulness. All children have it, their minds race at supersonic speeds inventing stories, drawing pictures, creating games only they can understand. As we get older and 'grow' up, becoming mature (sigh!), it fades away, replaced by conforming, study, a means to make a living. Perhaps that's why some people show a quiet resentment when hearing I write. They want to write too but they've let it slip away or fear has strangled their thoughts.

But what is inspiration? Well it's difficult to put into words (some writer I am!) It's that 'thing', idea, line, a thought that pops into my head, unbidden, at any moment, be it day or night. Inspiration has its own timetable, its own agenda; all I can do is accept or reject it. If I reject then I do so at my own peril.

The biggest problem to me is writing it down in the way I feel it in my head. Sounds easy but we all know it's not. I have a scene, an image in my mind. I could call it an essence of an idea but then I have to write it down, to fully capture every meaning and nuance of it. Most of the time I feel I’ve failed to grasp it fully, to totally express it in the way I’ve felt it in my head.
Perhaps succeeding in that is the sign of a good writer. Bad ones fail. But possibly I can never truly express it in the same way as the words dancing in my head. That feeling is especially for me. My bit of nectar, an encouragement for me to carry on. A bit of private pleasure for making the effort to make public that which has been sent to me.
For I know it is a gift. But I don't think it's exclusively for me. I can reap the reward and why not? I’ve made the effort but it's made to be shared and that’s what I think inspiration is. Sharing without being selfish. Making the best of what's been given to me.

So I have to be ready for it when it catches me unawares. And I know it will! Hence keeping a notebook near me. The fact I’m in the car, on a bus or out walking means nothing to it; it is its own master.
Woe betide me if I refuse to get up at 1 am and write those few lines of poetry down or that idea for a short story. The thoughts seem so clear and obvious to me at the time. But in the morning it's gone and all I’m left with is a deep sense of loss. I feel as though I’ve let myself down and that little voice of inspiration down as well.

Blessing or a curse? Well that’s for each of us to decide. To be honest dragging myself out of kip when all I want to do is sleep can alter my judgment of inspiration but basically I don't think I can survive without it. So I’ll have to put up with its wily ways and inconvenient entrances.

So, in conclusion a sticky note to me:-

Get out of bed, sleepy head, get up off the sofa, lazy bones and write it down!
Remember, I’m keeping a little bit of my youth alive and potentially creating something that may earn a few crusts for the table!

But do it mainly for the pleasure of using that thought that I've been given.

It is precious. Treat it with respect.

In Gary's own words: 'I’m a part-time un-paid writer, blogger living in Cambridgeshire.' Do visit his weblinks!
http://writingdramatica.wordpress.com/
http://www.boredwithsport.co.uk/
Well done again, Gary, a signed copy of Rebecca Connell's Art of Losing will be wending its way to you!
Posted by Administrator at 06:00

Yes, i think youthfulness is definitely part of my inspiration and i do think somewhere along the way, growing up, people forget about the fun they used to have as a child, with their imagination.

For me, inspiration is also a feeling. Music inspires me, and often when i hear a great song, i wish that my writing would make a reader feel as good as that music makes me feel.

I really like the idea that creativity is a playful, youthful thing. I think also that people don't tend to dicuss where inspiration comes from because they don;t know. I don;t think I could ever answer that question, 'where do you get your ideas from?'
I remember hearing one author say their stock answer to that question was, 'From the Ideas Shop'!

Excellent blog, Gary - and a great topic for discussion too :)
You could swap your stickies for a dictaphone - it's much more convenient! ;)

Great post, Gary - I too love the notion of inspiration being a kind of child-like state. That's a really helpful way of looking at it.

I've heard that thing about someone saying they get ideas from the Ideas Shop too, Caroline - I think it might have been Stephen King.

Good post, Gary. Fwiw and I'm just speaking for myself here, I don't think I'd want to put what was in my head onto the page EXACTLY as it was in my head; it's got to get down there in a way that other people can understand, picture, interpret, etc - and each in their own slightly different way.

Caroline - it was Neil Gaiman in a terrific essay (I'll try to find a link) and I believe the shop was in Bogna Regis.

Bloody blogger. I give up. It's on his website under Cool Stuuf and Things and then Essays.

Thought provoking post Gary. You have me sitting her wondering why and where I get my inspiration from. Its all around really. Music, lyrics, people watching, tear sheets from magazines... I am an avid keeper of notebooks for all things inspirational. I particluarly love my 'title' one where I write down anything quirky that sounds like a great title!

Thanks, Nick...got there in the end!

Food for thought, Gary! I get a lot of my inspiration from my family and will have to adopt when my youngest ones finally fly the coop.

Thanks for all the comments!

I certainly like the thought of the 'Ideas shop'

It should be online!

Good post.
My friend and fellow author Lee Weeks suggests opening a file where you keep all those snippets of inspiration: how you felt when someone let you down, a thunderstorm or the words of a song.
Then you can raid it when your inspiration levels feel low.

Helen, that's a brilliant idea! Also weather - descriptions in a line or two thereof, as you experience it - so you can slip it into a story to set the mood.

Interesting post, Gary, thanks. I do sometimes wish you could have inspiration to order, though...

(N.B. my book will be winging its way to you in the post shortly!)

Hi Gary,
What a good post. I'd agree that inspiration is very childlike in its raw state.

Having spent too long being fixated on structure and craft I'm now trying to do what you say and capture ideas in their original raw form. The only way I can find of doing this is, as you suggest, write it as soon as it appear, however inconvenient their entrance (loved how you put that) and write as fast as you can so logic can't step in and tidy it up. I find much more interesting syntax and vocab appears when you write at a sprint.

Thanks for giving me things to think about.

Thanks, Gary - makes me think about the whole topic of inspiration and what it means for me... I think it's about receptivity. You can only be open to it, it can't be 'made' or 'forced' to come. I think another word for it might be 'grace'.

Thanks for all the great comments! It's been great to hear everyones take on the subject.

@Rebecca - thanks for the book, looking forward to reading it!

@Susie - I think 'grace' is an excellent way of describing it.